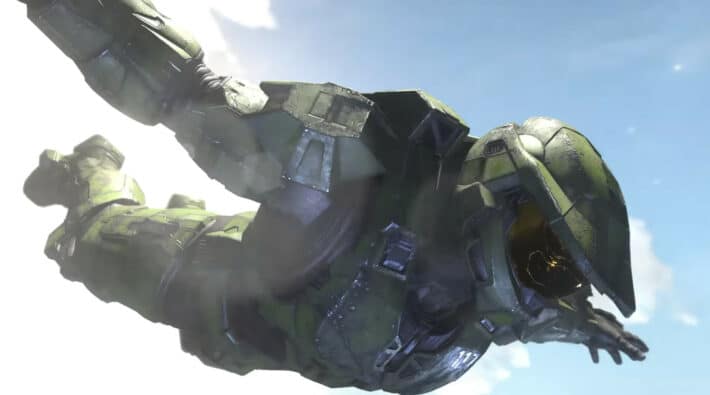 Microsoft and 343 Industries have finally debuted a Campaign Gameplay Overview trailer to help show how Halo Infinite is ushering in a new era for Master Chief and Halo as we know it. The video explains that the Banished have risen, and with humanity fighting for survival, Spartan-117 must retrieve an AI known as The Weapon while unraveling the mystery of what happened to Cortana. Halo Infinite will tell its story throughout the franchise’s most open environments yet, and with these wide, sprawling areas comes freedom in gameplay. This thinking-on-your-toes gameplay can be seen in the Halo Infinite Campaign Gameplay Overview trailer below, as Master Chief uses a grappling hook and a variety of vehicles to gain the upper hand on his brutish foes.

This is the first time 343 and Microsoft have shown this much Halo Infinite campaign gameplay since its debut more than a year ago. That initial footage was met with mixed reception from fans, and a lengthy delay followed soon after. Now, it looks like 343 has taken many of the criticisms into consideration, something we got a taste of as part of recent multiplayer tests. Halo Infinite will see the Banished return when it comes to PC, Xbox One, and Xbox Series X | S on December 8, 2021. It will also be available for Xbox Game Pass subscribers at launch for no additional cost.