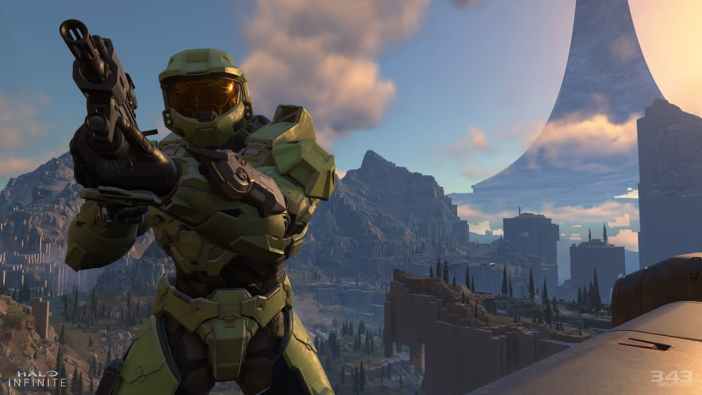 Fans probably won’t be getting another standalone Halo game for quite some time, according to developer 343 Industries. Speaking with IGN, 343 head Chris Lee talked about the game’s structure and why there could be a wait of around 10 years before fans see Master Chief in a new game after Halo Infinite launches for PC, Xbox One, and Xbox Series X this year:

Halo Infinite is the start of our platform for the future. We want Infinite to grow over time, versus going to those numbered titles and having all that segmentation that we had before. It’s really about creating Halo Infinite as the start of the next ten years for Halo and then building that as we go with our fans and community.

Halo Infinite’s structure was something briefly touched on in a post-Xbox Games Showcase blog update as well, where 343 Industries said the game will offer new experiences long after launch later this year. New story experiences will be part of that, and the game will receive ray tracing sometime after launch. Microsoft never explicitly said that this year’s Halo experience will be a live-service game, but it seems the game’s structure will share some similarities with live-service titles, something hinted at recently by Xbox head Phil Spencer.

These updates follow a bombastic Xbox Series X gameplay debut for Halo Infinite, which featured a classic-looking art style and all-new mechanics, such as Master Chief’s Grappleshot. The blog post goes on to explain some of these mechanics, saying that the Grappleshot allows players to use the environment to their advantage, while the Drop Wall shield can provide safety in tight situations. The Drop Wall and Grappleshot work differently while playing as Master Chief than they will in multiplayer, however, as 343 says those mechanics will function as equipment items there. More multiplayer details will be shared in the coming months.

The post also confirms that Halo Infinite’s score is being handled by Curtis Schweitzer (Starbound), with Gareth Coker (Ori and the Blind Forest, Minecraft) serving as a second composer. The duo will be joined by 343 Industries Music Supervisor Joel Yarger.