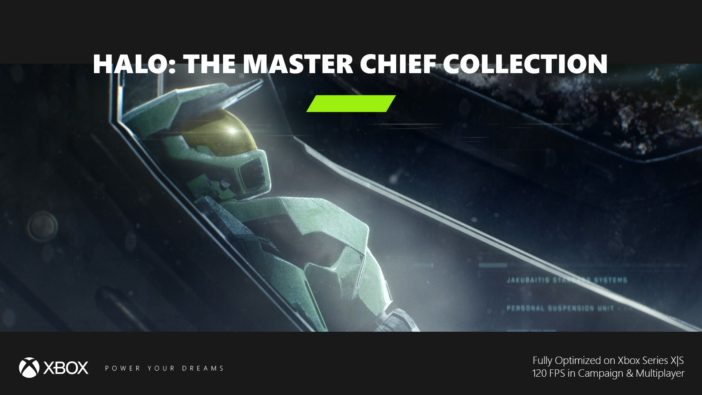 Microsoft and Xbox announced today that Halo: The Master Chief Collection is coming to Xbox Series X | S with a variety of next-generation upgrades that players are sure to appreciate.

The game is fully optimized on the systems to take advantage of the new hardware. It boasts 120 FPS in both campaign and multiplayer modes. Additionally, there will be improvements to the split-screen experience and up to 4K resolution is supported on Series X. This upgrade is free to all existing owners of Halo: The Master Chief Collection and Xbox Game Pass subscribers and will release on Nov. 17.

Excited to share that Halo Master Chief Collection will be fully optimized this holiday including 120fps campaign & multiplayer on both Xbox Series X & S. Also cross-gen play & adjustable FOV. Note all these upgrades are free to anyone who owns the game or is in Xbox Game Pass! https://t.co/ZZ5A5UOXhl

In addition to these next-generation upgrades, developer 343 Industries announced back in August that Halo: The Master Chief Collection will be receiving cross-play for Xbox and PC users and an adjustable field-of-view slider. Other additions are in the works, and input-based matchmaking has in fact already been added to the game. Other features are set to release sometime by the end of this year.

The latest entry in the Halo franchise, Halo Infinite, was originally planned to release as a launch title for Xbox Series X | S, along with an Xbox One version. Unfortunately, the game has since been delayed until 2021. However, the good news is that at least the multiplayer portion of Halo Infinite is free to play.