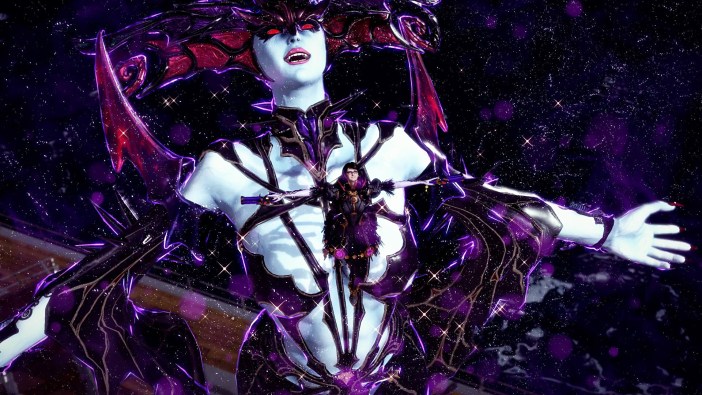 The weirdest saga in recent video game history has seemingly come to a close — and in an appropriately weird way. Original Bayonetta voice actor Hellena Taylor has again taken to Twitter, ostensibly to dispel lies about Bayonetta 3 circulating about her following a report from Bloomberg, but she has actually ended up corroborating several key details of the Bloomberg report. Hellena Taylor admits that PlatinumGames offered her at least $10,000 to voice Bayonetta in Bayonetta 3, and then Platinum upped its offer to $15,000 when she asked for more money. When negotiations fell through and 11 months had passed, Taylor says she was offered $4,000 to voice a smaller role in Bayonetta 3, a role she declined.

What is striking about these admissions is that, prior to today, Taylor had only ever mentioned being offered $4,000 to voice Bayonetta in Bayonetta 3, which we now know to be a serious distortion of the facts, intentional or not. She had effectively cast PlatinumGames (and, by extension, studio cofounder Hideki Kamiya) as a villain that lowballed her talents. And frankly, it is still possible to argue that Taylor was being lowballed at $15,000, but the cagey manner in which she offered information about this situation casts her in a poor light.

worth. I thought that as a creative, he would understand. He replied saying how much he valued my contribution to the game and how much the fans wanted me to voice the game. I was then offered an extra 5,0000!

There were not “extensive negotiations.” I’ve also been informed of ridiculous fictions, such as I asked for 250,000 dollars. I am a team player. I was just asking for a fair, living wage in line with the value that I bring to this game.

I was paid a shockingly low total of £3000 total for the first game. A little more for the second. I wanted to voice her. I have drummed up interest in this game ever since I started on Twitter in 2011.

Hellena Taylor continues to claim the Bayonetta franchise is worth $450 million without merchandise, but that just sounds impossible considering Bayonetta 2, the more successful of the two games released so far, sold seemingly between 1 and 2 million units. Taylor also rejects the idea that she ever asked for $250,000 to voice Bayonetta in Bayonetta 3 when she sought more money, but this feels like misdirection because the Bloomberg report only stated that she asked for a six-figure salary, not for a specific $250,000.

Again, it’s not necessarily fair to treat Hellena Taylor as a maniacal villain after all of this information has come to light, but it’s inarguable that she went about voicing her concerns about Bayonetta 3 in a deceptive way and was apparently misinformed in some respects. It’s up to the audience to decide how to approach Taylor and Bayonetta 3 now, but frankly, Taylor’s future in voice acting looks bleak at the moment.