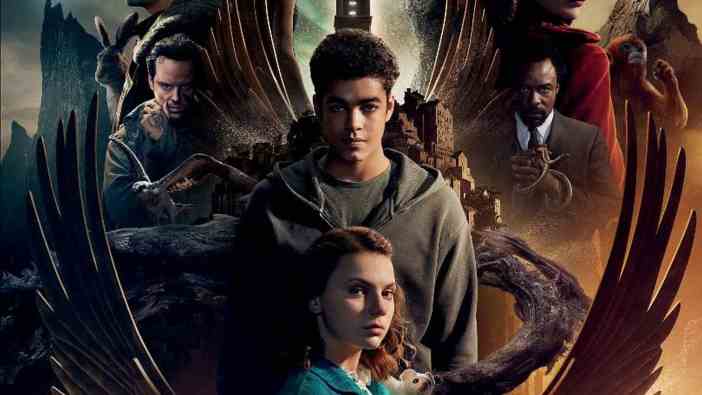 HBO and BBC are revving things up dramatically for His Dark Materials season 2, the show based on the trilogy of YA novels of the same name. This second trailer shows off far more of the action than the first did and delivers a healthy dose of Lin Manuel Miranda’s Lee Scoresby as he partners up with Andrew Scott’s Colonel John Parry to find Lyra (Dafne Keen) and her new friend from another world, Will (Amir Wilson).

In season 2, Lyra finds herself in another world having followed Lord Asriel there. As the evil forces in Lyra’s world continue to chase her, she meets Will, a boy from our world, and the pair explore the abandoned city they discover themselves in. Meanwhile, a war is brewing in Lyra’s world between witches and the Magisterium that looks to be explosive.

The rest of the cast is returning for this second season as well, including Ruth Wilson, Ariyon Bakare, Will Keen, and Ruta Gedmintas. Joining them this season are Terence Stamp, Jade Anouka, and Simone Kirby. Kit Connor is coming back to voice Pantalaimon, and Phoebe Waller-Bridge is joining the cast to voice Colonel Parry’s daemon. The show’s first season was a big hit for BBC and HBO, who produce the series together, and it looks like HBO is going to use it to try to pull in more subscribers for HBO Max. The series will premiere on HBO on Nov. 16 at 9 p.m. ET, and new episodes will also drop on HBO Max.