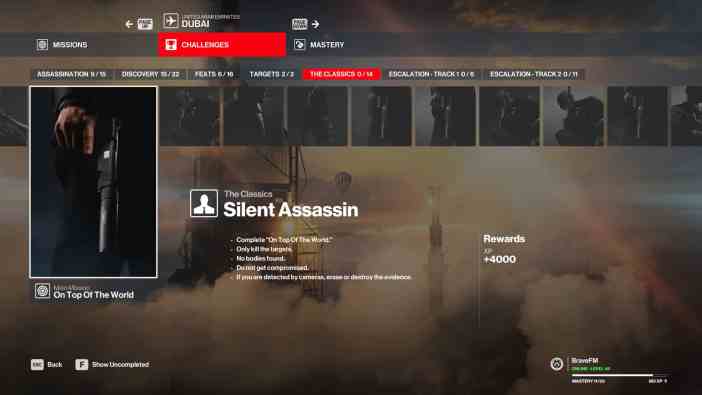 One of Hitman 3’s ultimate challenges is Silent Assassin, tasking you with completing 47’s mission without ever being detected or leaving a body for some hapless person to discover. It’s tougher than it sounds, since later levels have fewer places to hide bodies and more eyes on alert. Our Hitman 3 Silent Assassin, Suit Only guide has the tips you need to make it through unnoticed. 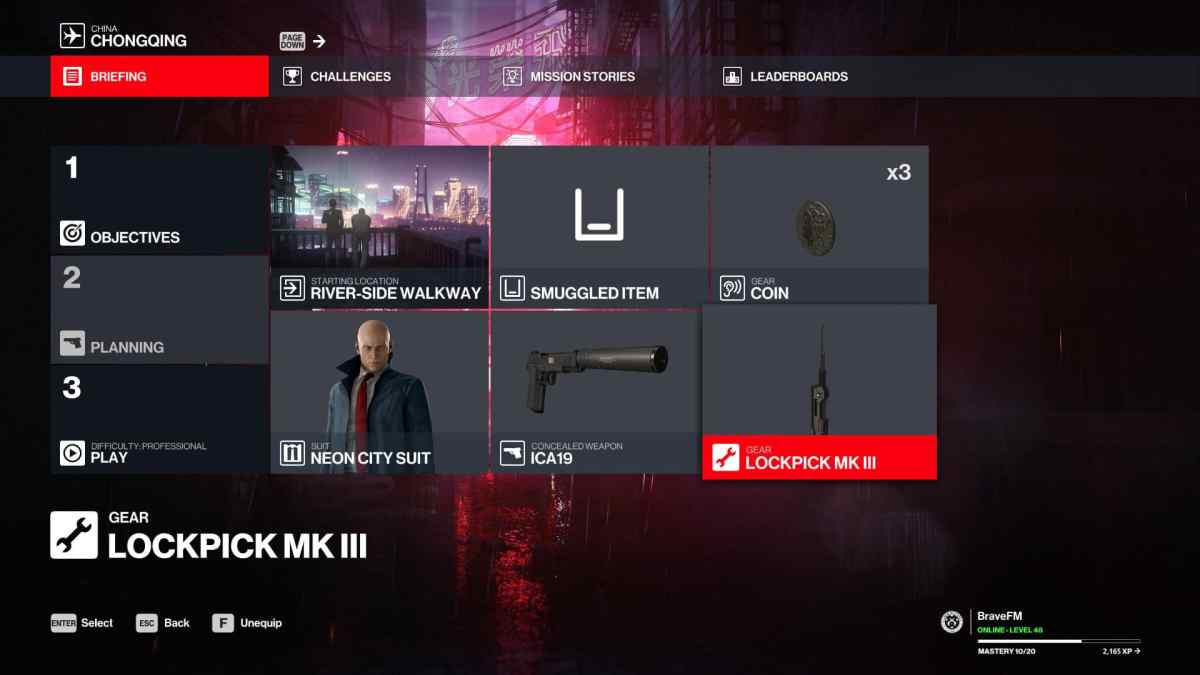 Never neglect the planning phase before starting a mission. You have three gear slots, one for a weapon and two for whatever else. Emetics are fine but not always convenient unless you have the right disguise, and explosives are hardly ever practical. Melee weapons are good, though you’ll pick up more than you need in most cases. If you absolutely feel like you need a melee weapon right away, use just one.

Furthermore, emetics are helpful, but not necessarily for eliminating the target. Not every bathroom hosts closets nearby though. Non-lethal poisons work on guards or other NPCs, though you can easily find emetics lying around. It’s not worth using a gear slot.

The better choice is the lockpick or, if you’re acquainted with the layout already, the keycard exploiter. Both are technically illegal to use and ruin your Silent Assassin run if you’re noticed. Be careful how you go.

Finally, make sure to go into a mission with coins. These are some of the best items in Hitman 3. That leads straight into… 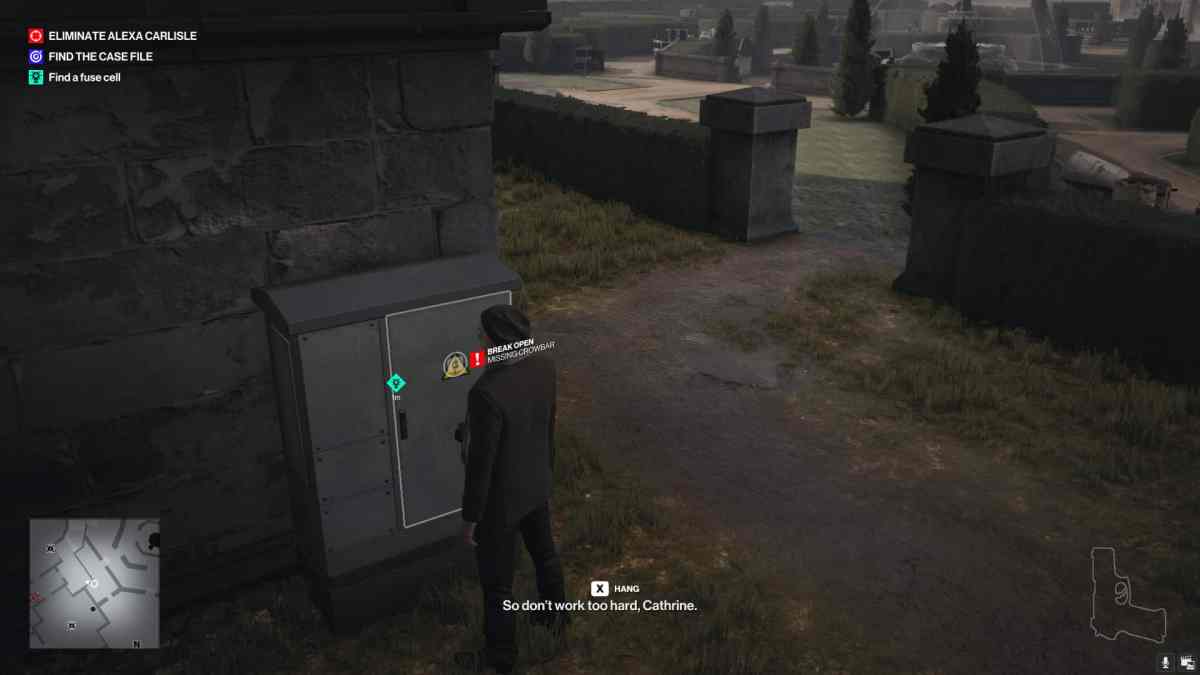 Distractions are your best friend when you need to get around a pesky guard or get the right disguise. Coins are great since you start with three, and they’re usually readily available at various points in a mission — near payphones, on tables, around vending machines, and so on.

It’s okay if you run out of coins, though. So long as the person you need to distract doesn’t see you throw the item, anything will do. It’s handy for getting into areas where you’re technically trespassing. However,  you can’t distract guards at frisk points and guards involved in key story scenes.

Creating distractions is one of the best ways to lure a target into a quiet area so you can get a new disguise without being seen, unless you’re aiming for Silent Assassin, Suit Only.

Aiming for Hitman 3’s Silent Assassin or Silent Assassin, Suit Only rank makes it clear why each stage has so many built-in distractions available. Your biggest threats are often the non-guard NPCs, who move around more frequently and notice odd happenings more often. Take full advantage of vacuums, fuse boxes, radios, and everything else you can to lure potential witnesses away and deal with them quietly. Assuming you just want Silent Assassin and not Suit Only, don’t forget blending in keeps NPCs from noticing the distractions or suspicious activities you cause. 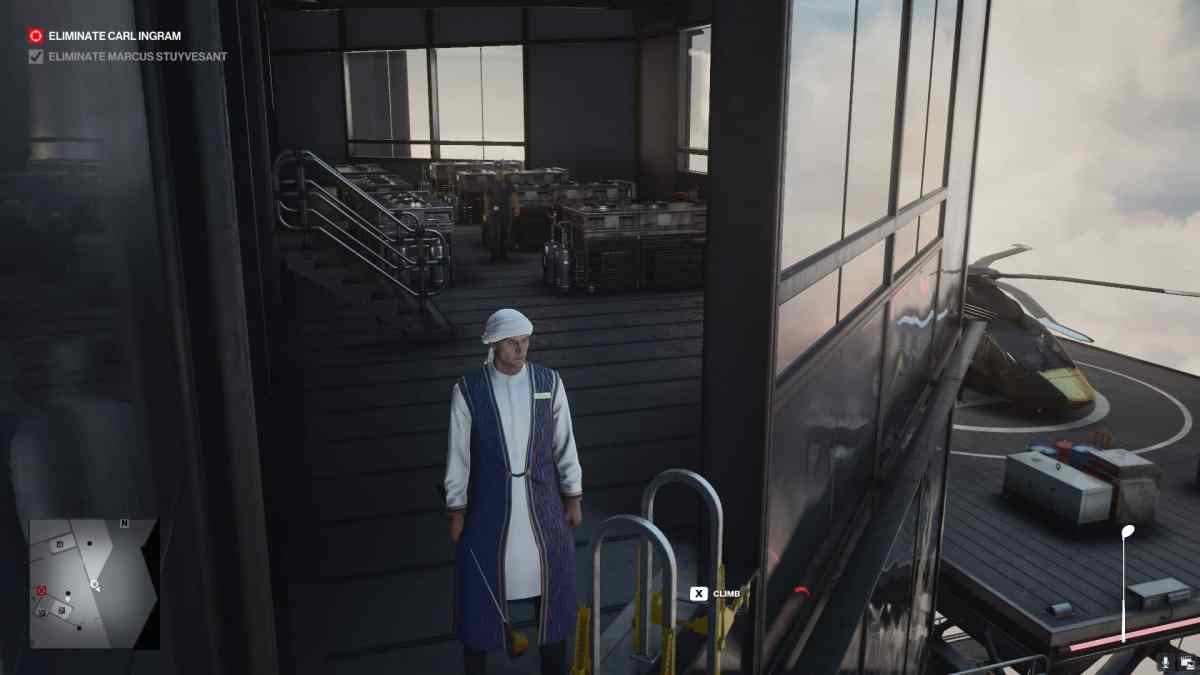 Planning your optimal route is vital for achieving Hitman 3’s Silent Assassin ranking. That goes double if you try for Suit Only. Seek out a stage’s locked doors and ladders, and make sure you know the keypad codes needed to access key areas, especially in Chongqing.

Speaking of Chongqing, make sure to unlock the vent systems as you go along. Even aside from the ease of movement around sensitive areas, Tier 3 has an escape hatch that leads to the surface and makes for a perfect exit route.

Planning an exit route in Mendoza is especially important. It plays host to more guards, and most exits have enforcers guarding them. Get a feel for the villa, its walkways, and the paths out of the winery work areas before making your move.

The suitcase is also key to smuggling illegal items in certain areas. You can choose to stash one in an important location as your mastery level increases, but you’ll often need to carry it around with you anyway. Should you need to have it checked by guards, you can try stepping back and throwing the case over their heads. They’re surprisingly dense and don’t stop you from taking it after you get frisked.

It’s probably evident by now, but clearing a mission with Silent Assassin and/or Suit Only is easiest when you aren’t aiming for a special assassination challenge. Not only do some of these mandate outfit changes, but you typically get much closer to the target. For Silent Assassin, a concealed place and either lethal poison or a well-aimed shot from a silenced pistol will do just fine. 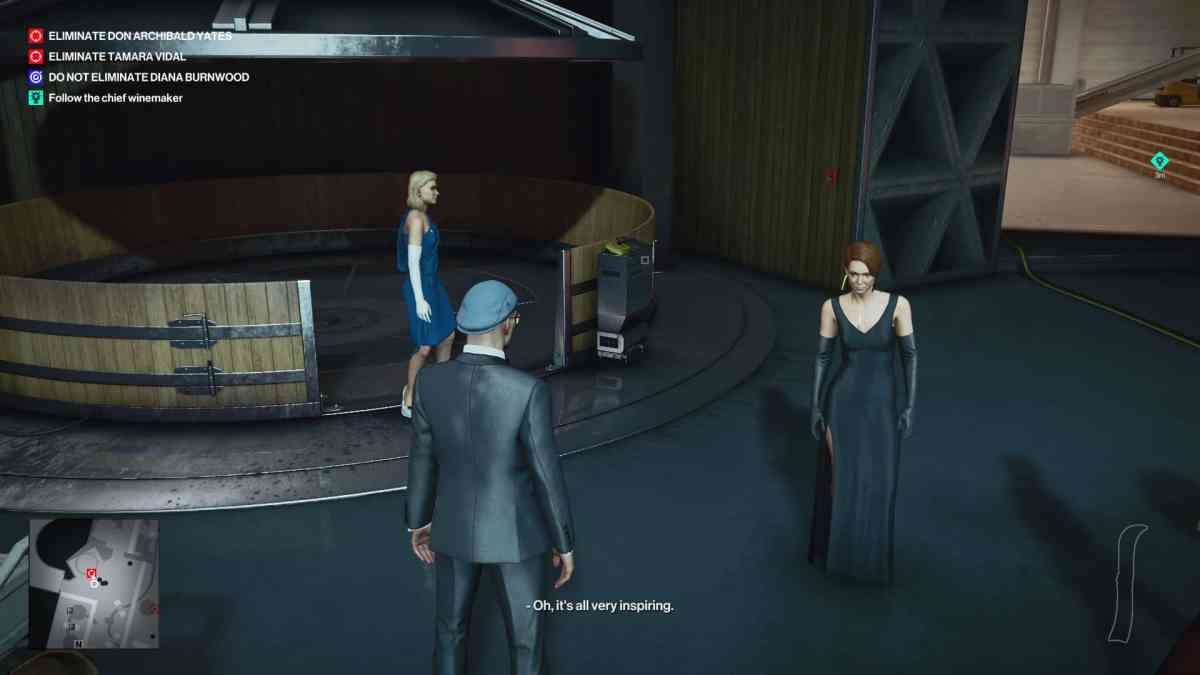 Even with distractions, you still need to plan your takedown to earn the Hitman 3 Silent Assassin ranking. A good rule is if there’s no cabinet or bin around and no ledge to dump the body, find a different way to get where you need to go. Concealing bodies in plants works for a bit, but someone inevitably finds them.

Keep in mind the “silent” in Silent Assassin is pretty relative. So long as no one sees your takedown or you use a silenced gun, it counts as quiet and unseen. Sometimes it’s to the point of silliness, but that leaves you room to get creative.

For example, you can trespass in a room of guards and throw a frying pan at one of their heads. It’s far from quiet, true. But as long as no one sees you or sees the guard go down/get stuffed in a closet, it’s still “silent.” Just note guards pay closer attention to sounds on the highest difficulty. The same goes for disposing of bodies.

Take your time and observe their patterns, then put your plan together. Just like during normal play, save often. That way, you can reload and carry out your plan without denting your mission time.