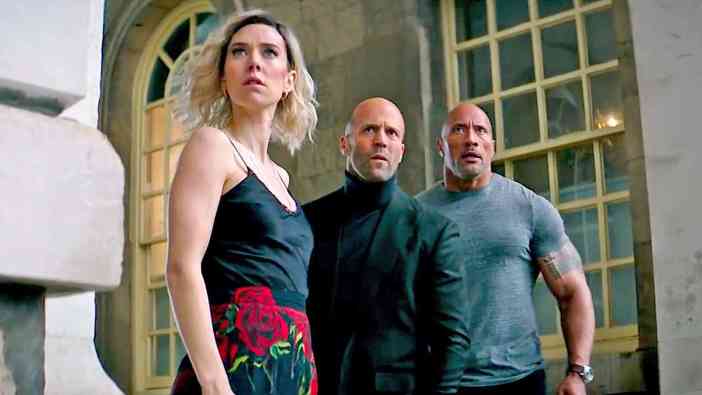 Hobbs & Shaw blasted the extended Fast & Furious cinematic universe out of the gates with a $759 million worldwide box office. It also concluded with plenty of teasers setting up multiple future films. Thus, it should come as no surprise that Hobbs & Shaw 2 has been confirmed by Hobbs himself, Dwayne Johnson.

During a Q&A on Instagram, the actor revealed, “We are developing now the next film, the next [Hobbs & Shaw] movie, and I’m pretty excited about it… Just gotta figure out the creative right now, and the direction we’re going to go.”

Obviously, that sounds like things are in pretty early stages for the film, but unlike most franchises these days that see multiple sequels confirmed right off the bat, Hobbs & Shaw didn’t already have a second movie greenlit by Universal. It sounds like, despite the current coronavirus delays impacting the industry, they’ve officially made it happen now.

The first film saw the Fast & Furious characters Luke Hobbs (Johnson) and Deckard Shaw (Jason Statham) return in their own story as they teamed up to take down a superhuman menace bent on culling much of human life from the world. They won (spoilers). The movie took F&F‘s loose understanding of physics and human endurance and ratcheted them up to eleven, resulting in a series of fun, if unbelievable, action sequences mixed with a healthy smattering of one-liners.

A release date for Hobbs & Shaw 2 will probably be a long way off. The entire F&F franchise is already heavily delayed after F9 got pushed back almost a year. It will be a long wait before we’re able to see just how they plan to top Johnson pulling a helicopter out of the sky with a chain of cars.