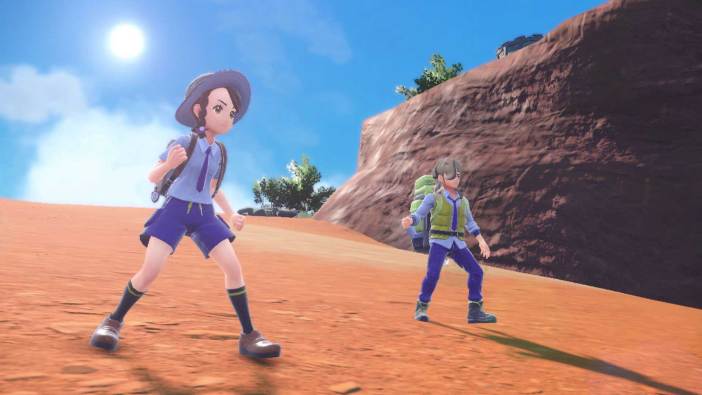 All Paldean Tauros Locations in Pokémon Scarlet and Violet

The specific areas you’ll want to frequent in your search for the Paldean Tauros would be the following:

It’s important for you to know how to determine what the type of Paldean Tauros in front of you is before actually trying to capture it. The Fire- and Water-type have distinct details used to identify them: The normal Fighting-type Paldean Tauros is simply gray/black in color (see photo above). It has a fierce attitude. The Fighting/Fire-type exclusive to Pokémon Scarlet, known as the Blaze Breed, has some red markings on the spiky mane behind its head. Its three tails are intertwined (see photo above). The Fighting/Water-type exclusive to Pokémon Violet, known as the Aqua Breed, has “bubbly” horns and some blue markings on the mane underneath its head (see photo above). This breed has high body fat but can swim on water.

Keep in mind that you cannot get a Paldean Tauros by evolution. You can only capture them in the wild. You also cannot hope to capture a form exclusive to a version different from what you’re playing. You can, however, trade with other players. Keep in mind that version-specific forms might not appear at all times, so keep coming back until you find them.

Now you know how to find and catch all three Paldean Tauros forms in Pokémon Scarlet and Violet!

If you want to know more about Pokémon Scarlet and Violet, check out this article on version-exclusive Pokémon as well as the Terastal mechanic that lets you change Pokémon types.

Related: How To Get Three Segmented Dudunsparce in Pokemon Scarlet and Violet on Dot Esports