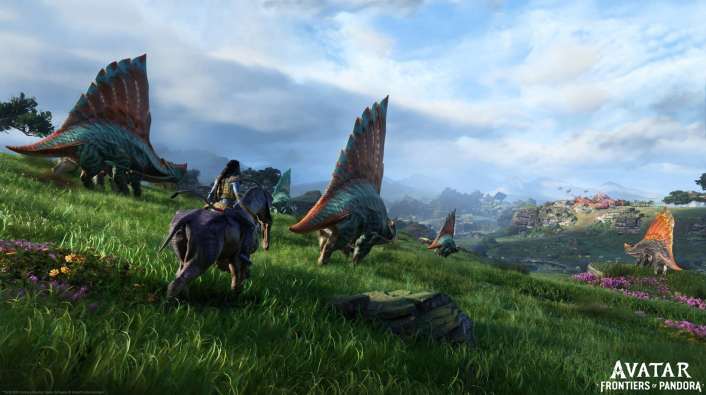 Avatar: The Way of Water is shaping up to be one of the biggest movies of all time, already garnering strong reviews and solid early box office projections. Back in the day, any movie this big would instantly have a video game tied to it, but that’s not the case so much anymore, raising the question of whether or not there is an Avatar video game available or coming out any time soon. The answer to both questions is yes.

There Is an Avatar Game, and More Are Coming

When the first Avatar film came out, Ubisoft quickly partnered with James Cameron to hype up a video game tie-in that they touted as more than just a tie-in but a groundbreaking video game in and of itself, aptly titled Avatar: The Game. Upon its release in 2009 (on platforms like Xbox 360 and PlayStation 3), it turned out to be pretty much your standard movie tie-in game with little actual innovation or creativity aside from a story that stood on its own and, until now, one of the few ways to experience Pandora outside of the film or an amusement park. However, Disney sees Avatar as far more than a film franchise, so there are two video games currently in the works based on the world of Avatar.

In June of 2021, Ubisoft announced that The Division developer Massive Entertainment is creating a AAA game called Avatar: Frontiers of Pandora, showing off a few images and a teaser trailer. It will be a first-person open-world action adventure and take place on a new section of Pandora that has not been seen before, the Western Front. It appears you’ll play as different characters than in the film but once again be battling against the evil forces of Earth who are intent on mining Pandora for all it’s worth. There haven’t been many details released about the game since the initial trailer, but its release date was pushed back to a nebulous 2023/2024 time range. It is coming to PlayStation 5, Xbox Series X | S, PC, and Amazon Luna.

The second game in the making is a mobile MMO RPG shooter called Avatar: Reckoning from developer Archosaur Games and published by Level Infinite. The game was announced in January of this year and will take place in another new part of Pandora, as players join Na’vi clans to battle against RDA forces in either single-player or co-op battles with PVE and PVP gameplay. There’s a story about a person trying to find her parents in there somewhere as well that is considered canon. The game will release sometime next year, but no official date has been announced.