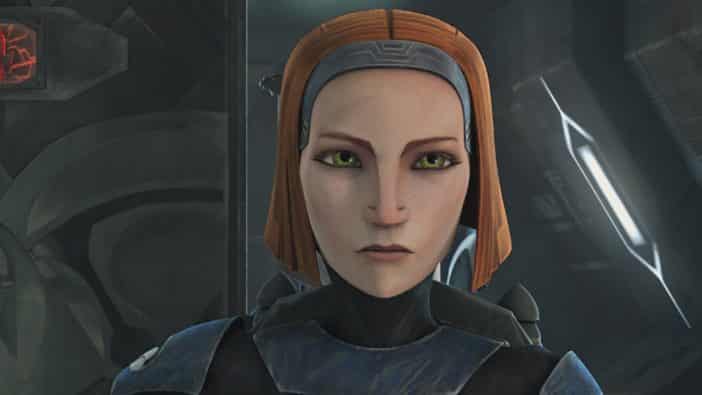 The casting news for The Mandalorian is coming fast, and almost all the announcements are for characters that have appeared in previous Star Wars properties. We’ve had the return of Ahsoka and Boba Fett already essentially confirmed, and today /Film reports that Katee Sackhoff will play Bo-Katan Kryze, whom she voiced in both Star Wars: The Clone Wars and Star Wars Rebels.

Although neither Disney nor Sackhoff has confirmed this casting, it seems pretty official with Sackhoff reportedly having already filmed her scenes, as production for the second season of the show already wrapped before the coronavirus hit.

The inclusion of Sackhoff’s Bo-Katan in The Mandalorian might be the least surprising of all the past characters we know of. Not only is the character a Mandalorian herself, but she was the eventual owner of the Darksaber, which we saw in the hands of Moff Gideon at the end of season 1. She first appeared in the fourth season of The Clone Wars and was pivotal in overthrowing Darth Maul on Mandalore.

With Dave Filoni, creator of The Clone Wars, playing such a large role in directing and creating The Mandalorian, it’s becoming very clear that he’s using the show to progress some of his and fans’ favorites to wrap up their stories. His conclusion to The Clone Wars has been widely heralded as some of the best Star Wars made, especially since the Disney buyout, so it’s easy to see why showrunner Jon Favreau is drawing from his creations.