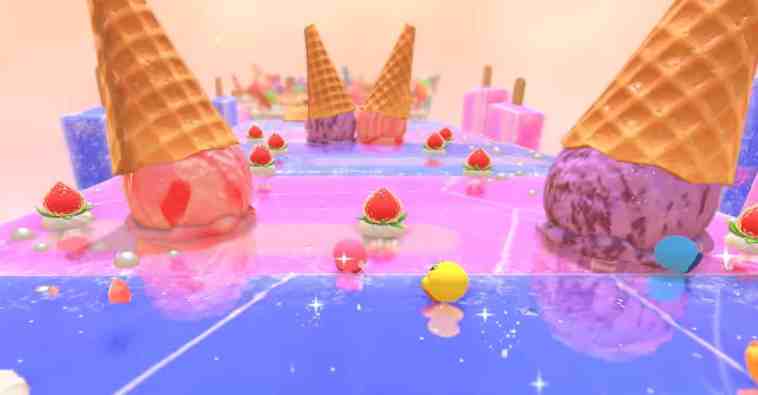 Nintendo and HAL Laboratory have announced Kirby’s Dream Buffet, which is coming digitally to the Nintendo Switch eShop in summer 2022. It is a multiplayer obstacle course game where Kirby and friends are rolling through food-themed stages, and there appears to be a bit of Fall Guys energy to it. The game intends to offer something fun for players of all skill levels.

As Nintendo explains, “Players will race each other through these delicious obstacle courses to collect strawberries as Kirby grows, bumping other players off the stage and using familiar Copy Abilities – or Copy Food Abilities, as they are called in this game – to thwart the competition.” Kirby’s Dream Buffet certainly sounds Kirby enough.

The Kirby franchise has a rich history of spinoff games, most recently including Kirby Fighters 2, which released digitally for Switch in 2020. That game was developed by HAL Laboratory and Vanpool, and it remains to be seen if other developers chipped in with Dream Buffet as well.

Back in March, Nintendo unleashed Kirby and the Forgotten Land as a grand 3D adventure on Switch, and it was a fantastic and creative adventure that demonstrated once again that both HAL and Nintendo are firing on all cylinders. There is plenty more in store for Switch this year as well.