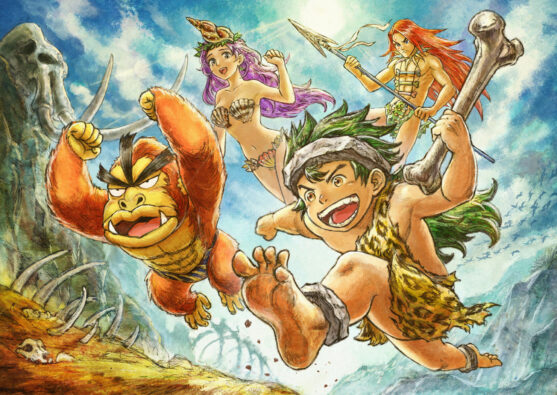 At the February 2022 Nintendo Direct, Square Enix announced an HD-2D remake of the Super Famicom RPG Live A Live, which had never seen an official English release of any kind until this reveal. It’s a fantastically imaginative and unique game from Takashi Tokita, the main planner of Final Fantasy IV and a director on Chrono Trigger, and its main gimmick is that the game plays out across eight distinct eras with different tones and protagonists for each era. So in other words, Live A Live consists of eight wildly different role-playing scenarios, and today, there are new English trailers to showcase the “Prehistory” and “Imperial China” scenarios.

The Prehistory scenario in Live A Live is basically a romantic comedy adventure about cavemen and cavewomen. However, language has yet to evolve, so the entire story is told through physical emoting instead of traditional dialogue. It’s an unorthodox but really fun setup, and Pogo makes for an energetic caveman protagonist. Also, there’s a character who wears a lizard as underwear, which is fantastic.

Meanwhile, the Imperial China scenario in Live A Live is about the Earthen Heart shifu, “an old kung fu master who lives atop Mount Aspiration.” He is seeking an heir to his skills to succeed him before he dies, and it is ultimately up to you which of three disciples becomes his successor.

Live A Live launches on July 22, 2022 on Nintendo Switch, and the Prehistory and Imperial China trailers offer a fun glimpse of what is to come. In Japan, the game will receive a special edition that includes a board game.