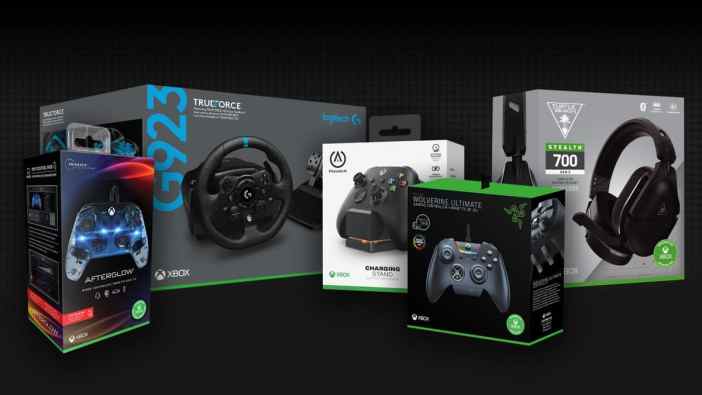 The “Designed for Xbox” initiative at Microsoft will be seeing some changes as the new generation of consoles approaches. A new Xbox Wire post reveals among other things that any officially licensed Xbox One accessory that connects either wirelessly or wired via USB will be compatible with Xbox Series X. Any headsets that connect through the 3.5mm port on an Xbox Wireless Controller will also be supported.

Additionally, there is a new Designed for Xbox logo that will be placed on Xbox partner accessories. The logo will appear on the front of the packaging, along with a list of supported platforms on the side.

Designed for Xbox means partner-designed with Xbox in mind.

The team at Designed for Xbox currently has 34 partners around the world in the gaming industry, including Razer, SteelSeries, Astro, and more. New partners specifically cited in the post include Bang & Olufsen, Audeze, OtterBox, Nacon, Honeycomb Aeronautical, Geek Made Designs, and Cable Matters. Designed for Xbox licensing is expanding to create more accessories with accessibility, PC, and cloud gaming in mind.

Microsoft and Xbox have done an impressive job supporting continuous compatibility and making sure legacy content carries over. In addition to these hardware and accessory updates, Microsoft’s next-generation console will also be backwards compatible with thousands of games across four generations of Xbox software.