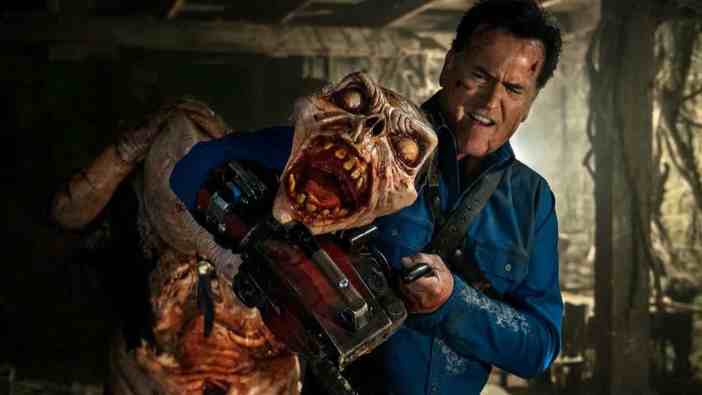 A new Evil Dead movie has been kicking around since the criminally underrated release of the 2013 film reboot but there’s been little word of it. Now, thanks to an interview with Bruce Campbell, we know that the movie is well underway and is called Evil Dead Now. We also know that it will not bring Bruce Campbell’s character, Ash, back again as the television series Ash vs. The Evil Dead did.

“We’re just getting off the phone with Lee Cronin, who is writing and directing the next Evil Dead,” Campbell said when asked about the franchise. “It’s called Evil Dead Now. Sam [Raimi] handpicked Lee – he did a cool movie called The Hole In The Ground. We’re going to get that sucker out as soon as practical.”

The last time the Evil Dead series hit the big screen it launched the career of Fede Alvarez, who Raimi handpicked as well, and who has since delivered the fantastic Don’t Breathe and the less well-acclaimed The Girl in the Spider’s Web. Cronin is even more of a newcomer having only directed one feature film: The Hole in the Ground, a horror film about doppelgangers. But Raimi has already given him a shot as he directed one of the horror shorts for Raimi’s Quibi anthology series 50 States of Fright.

Campbell also revealed that they are working to get the film out as soon as possible and confirmed that the movie will not be connected to the television show or original series, as Ash will not be in it. In fact, he hinted that from here on out the films would probably stand on their own with individual protagonists — most likely a woman in Evil Dead Now.

“From this point forward, they kind of have to stand on their own. Which is fine. And liberating,” said Campbell. “You could have different heroes, different heroines in this case. This ones gonna be a little more dynamic… We just want to keep the series current. And the mantra, really, is that our heroes and heroines are just regular people. That’s what we’re going to continue.”

As long as they’re as creatively and comically gory as Evil Dead 2, aka the greatest film ever made, then it will be hard to complain and easily the best horror film re-relaunch we’ve heard about in the past month.