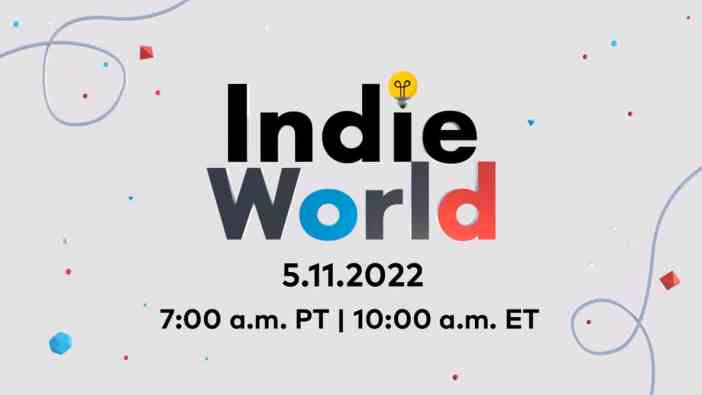 Nintendo has announced a new Indie World Showcase for May 11 at 10:00 a.m. ET / 7:00 a.m. PT. It will offer about 20 minutes of information about upcoming indie games for Nintendo Switch, presumably including some unannounced games. No further details were offered than that, in typical Nintendo fashion, but just about every Indie World has at least a couple exciting reveals.

It’s become an internet meme that every Nintendo Direct or Indie World Showcase is expected to have a Hollow Knight: Silksong update, and then it just never, ever happens. So for the sake of your mental health, just presume it won’t be there. But there are plenty of other cool things that we might like to see, such as an update on the wrestling RPG, WrestleQuest. It would also be awesome if Andrew Shouldice might announce a Switch port of Tunic, a game that begs to be played on Nintendo hardware.

Tune in May 11 at 7:00 a.m. PT for a new @IndieWorldNA Showcase featuring roughly 20 minutes of information on upcoming indie games headed to Nintendo Switch. #IndieWorld

Whatever the May 11 Indie World Showcase has to offer Nintendo Switch, we won’t be waiting long to see it. It’s only a day away. For reference though, the December 2021 Indie World Showcase announced or provided updates on games like Omori, Sea of Stars, River City Girls 2, Chicory: A Colorful Tale, and Gerda: A Flame in Winter.