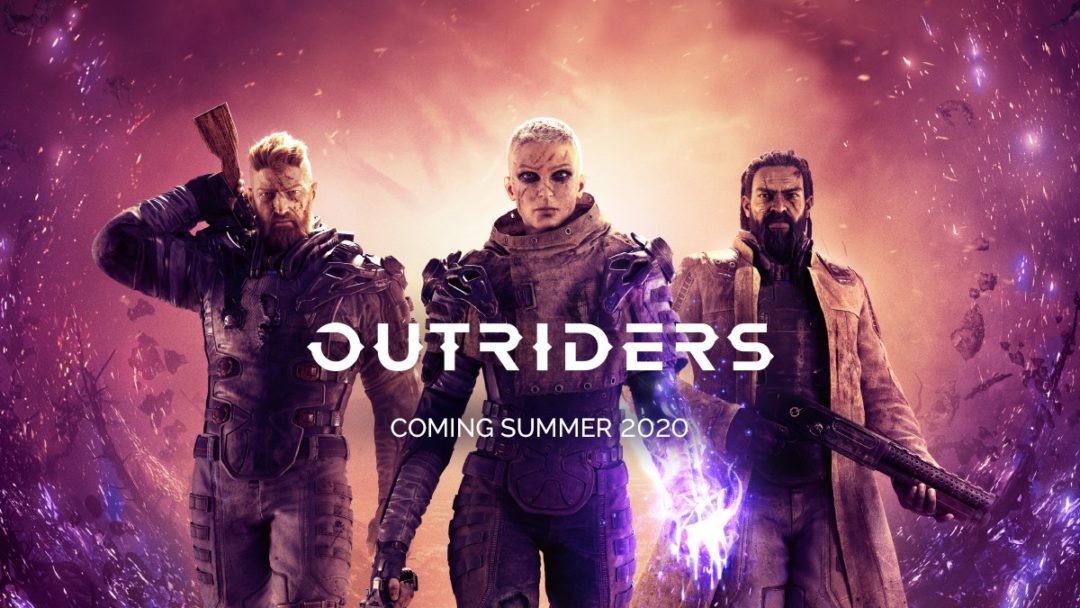 People Can Fly, the storied studio behind Gears of War: Judgement, Bulletstorm and Painkiller, has been quietly working on a new shooter with Square Enix since May 2018. Details of the project were finally released Monday during Square Enix’s E3 2019 press conference. Releasing in summer 2020 on Xbox One, PlayStation 4 and PC, Outriders will be a drop-in, drop-out co-op shooter for one to three players with a gritty science fiction setting.

I spoke with People Can Fly CEO Sebastian Wojciechowski ahead of the announcement and while he wouldn’t offer any details on Outriders he provided plenty of perspective on his studio’s history and process and shared some thoughts on the future of shooters and gaming in general.

How did the collaboration with Square Enix come about?

Sebastian Wojciechowski: It’s a story about us becoming independent again. When we decided to go back to our original name (in 2015 after being acquired by Epic Games in 2012), we started pitching our games to different publishers and one of them was Square Enix. It was us coming up with the idea and the pitch and them being interested in evaluating this option and this project. Since then we’ve been working together on this game.

How do you feel now about splitting off from Epic Games?

I’m happy that Epic Games’ Fortnite battle royale is such a success. I’m happy for the team over there. I’m happy for Tim Sweeney and all the management or Epic Games. But even knowing where they are right now, we would still do what we did back then. The reason why we did it was because we wanted to work on our game. We wanted to create ownership of the game we were working on and that was not possible within Epic. Both parties understood that. We were grateful and we are grateful to Tim and the team over there that they allowed us to go our way.

What lessons did you learn from working on Fortnite and Gears of War: Judgement?

With Fortnite we’d been working on a very small channel of the game. We were working only on content that later became part of the DLC to the game. Some of our developers worked on gameplay mechanics as well but we had very limited ownership in what we were doing there so the lessons were super limited. With Gears of War: Judgement it was a bit different because we were responsible for the whole game. Obviously that was a different experience to Bulletstorm, which is our IP. That was working on a new concept while Gears of War was a well-established IP with so many mechanics and features already in. Working on that game is teaching you how to be able to create something new but within the frames of already well-established IP while working on Bulletstorm was creating everything from scratch and creating completely new IP. We are benefiting from that experience now creating our new game. That experience was a bit more compelling.

Which is more challenging, working within the IP constraints or building everything from scratch?

Working on a completely new IP is absolutely more challenging. There are challenges for both. Creating your own touch to the existing IP is super challenging. Things can go wrong and you can create something that gamers who already love the IP might not find compelling to them. But at the same time creating a whole new IP from scratch, working suddenly on everything from story to lore standpoint, the completely new universe, and working on completely new mechanics is what we established working on Bulletstorm. Gears of War: Judgement and Bulletstorm gave us a lot of experience with completely approaches. I think creating a new IP is more challenging, but even working with an existing IP, especially strong IP, is super challenging as well.

What are the challenges of having three different development studios?

Working in three different studios introduces distributed development challenges. We had to overcome some issues relating to communication, to making sure that everybody is up to date since they can’t just go over to a different desk and ask questions about what happened. I think it allowed us to think even more about implementing processes in our development to get the whole team, no matter in which location, up to speed and up to date on different developments and changes to our game. (Editor’s note: People Can Fly added a fourth studio in New York this month).

How are the studios organized?

Each of the studios is working on our current game. Right now we’re trying to work on how each of the developers in each of the studios can contribute the best to the project. We are obviously trying to create small strike teams within the studios to see how working on the same thing in the same location can speed up the development and enable better iteration on the features. Obviously it’s not always easy when you have these kind of difference in the size of the studio. In Warsaw we have almost 130 people, Rzeszow we have more than 30 and Newcastle we have about 10. You cannot necessarily allow this or that studio to work on one thing. Right now it’s about working collectively on some features or content. In the future we’d like to create more strike teams that are working independently within those studios.

What are the advantages of having different studios?

The biggest benefit is access to the talent pool. That was the idea behind creating the UK-based studio. We wanted to be closer to the UK market. Rzeszow was about an opportunity. CI Games decided to shut down their operations. We knew those developers very well. They were working on another shooter. It was meeting our needs. We decided to step in and take over the team.

How do you look for new talent?

A lot of developers apply through our website. Another very important part is our referral program. We are also using recruiters with direct search. We are actively looking for developers from other studios.

What do you look for in a developer?

What were PCF’s contributions to the Unreal Engine 4?

There are some subsystems in UE4 that were almost solely worked on by developers from People Can Fly but it’s a huge effort of hundreds of developers. I would never say that PCF contributed a very large amount to UE4 to because that would be disrespectful.

What role in the industry do you see People Can Fly playing?

We want to be known for great shooters. We want people who play the game to intrinsically know that it was PCF that worked on this game because it has great combat, amazing graphics, and awesome entertainment.

Why do you think shooters are such a popular genre?

It’s the biggest genre by market share. There is also a place for different kinds of games within the genre. That’s why so many studios are making shooters. For us it’s our DNA. It’s our pedigree. We’ve been working on shooters since Painkiller. It’s important to have this kind of institutional knowledge within the studio. It’s much easier to create something new and fresh within the genre that you already know very well. You can find new ways of utilizing your ideas within the genre.

Are there any particular industry trends you have your eye on?

I’d love to see what is going to happen with next-gen consoles. This is something we are tracking and looking at. There are some interesting developments related to streaming. It’s interesting to see where our industry will be going from a hardware standpoint and how gamers can consume games in the future.