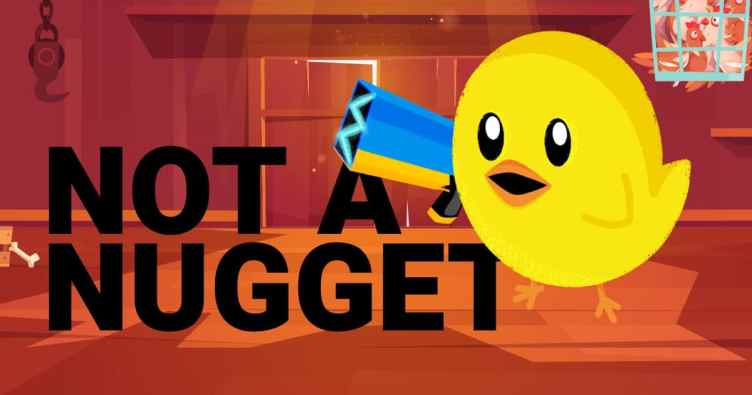 PETA is petitioning to have its “Not a Nugget” chicken gaming mascot included in Nintendo’s Super Smash Bros. Ultimate as the game’s final DLC fighter, and yeah, this is the reality we’re forced to live in. The completely real and very serious petition was started by the animal rights organization today, with the company explaining that the addition “would spotlight animals’ capabilities and encourage gamers to help take down speciesism.” The chances of the non-nugget character joining the battle alongside the likes of Mario, Ryu, Bayonetta, Solid Snake, and others are nonexistent, of course.

Still, though, PETA seems determined to convince game director Masahiro Sakurai that its “Not a Nugget” mascot is a worthy Super Smash Bros. Ultimate DLC addition. In fact, the organization included a potential move set layout in the petition, which suggests that the character would use his “wits, wings, and beak” and a few other tricks to hold his ground against other challengers. Some highlights from PETA’s plans promise that the mascot would use its egg for a shield and stun gun as a weapon, bringing attacks such as the “Not a Nug Stomp” and “Super Flap,” with the latter serving as a sort of damage-dealing recovery move. The chick foe would, in theory, also come with a number of items, including spinach and tofu, to lower a character’s damage meter. Reminder: This PETA petition is a real thing (and also an obvious and brazen marketing stunt).

“PETA’s ‘Not a Nugget’ mascot could use his wits, wings, weapons, and vegan fuel to pummel opponents and remind people that chickens are cool 3-dimensional animals, not food,” PETA Vice President Joel Bartlett said. “We hope Nintendo will jazz up its game by adding our fluffy foe of animal exploitation to the fray.”

Super Smash Bros. Ultimate released in 2018 and has since been home to nearly a dozen DLC fighters. While some characters, such as Tekken‘s Kazuya and Minecraft’s Steve, have made their way to the game as playable characters, many other fan-favorite picks have not. Whether it be Bethesda’s Doom Slayer or Capcom’s Dante from the Devil May Cry series, other companies have continued to express their desire to see their mascots join the series. Nonetheless, you can be sure that Nintendo and Sakurai do not plan to include the PETA mascot as Super Smash Bros. Ultimate’s final DLC.