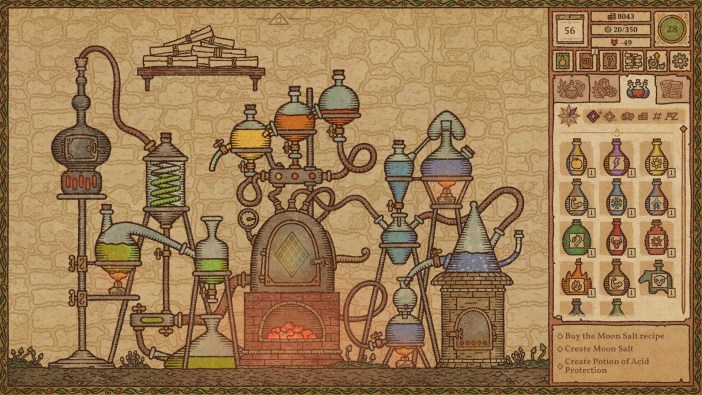 Publisher tinyBuild and developer Niceplay Games have announced that alchemy simulator Potion Craft will come to Nintendo Switch, PlayStation 4, and PlayStation 5 in spring 2023. The game received its 1.0 launch on PC and Xbox just last week, but with thousands of positive Steam reviews already from when it was available in early access, the game has quite a following.

Potion Craft puts you in control of an alchemy shop where you invent the recipes and physically perform the crafting actions with various tools. The game encourages experimentation to solve tasks creatively, and it challenges you to attract customers to your shop. You can grow your own ingredients or buy useful ones from traveling merchants. Meanwhile, the art style has an old-timey charm, and you can actually customize the appearance and name of the potions you create. Judging from early reactions, the game is more than the sum of its parts, with a satisfying core gameplay loop.

If you like free stuff, Potion Craft is giving away five Nintendo Switch consoles and other random stuff as part of a holiday giveaway (no PS4 or PS5 giveaways though). That’s certainly one way to keep the game on people’s minds.

Time to reveal our mystery prize! 😉

Enter our Holiday Giveaway for a chance to win one of these coveted, sorcery machines!