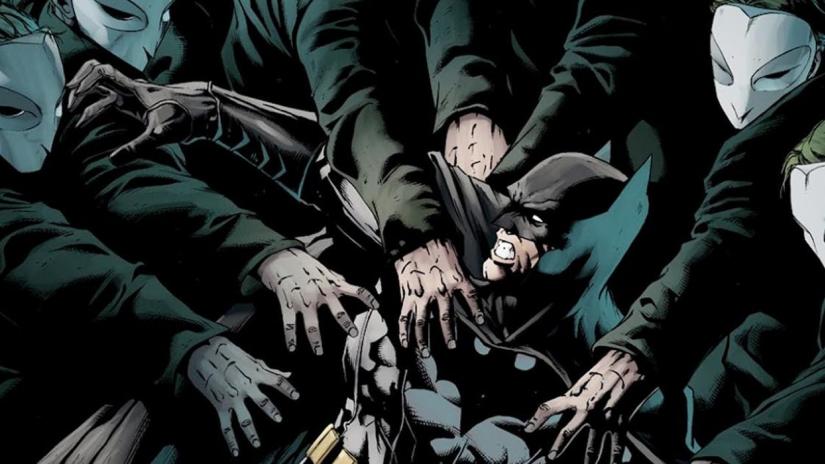 WB Games Montreal, the team behind Batman: Arkham Origins, may be working on another Batman title with Scott Snyder that follows the Court of Owls story arc.

Rumors that WB Games Montreal had been working on a Court of Owls title in secret have been circulating for a while now, but things started to heat up over the weekend after the studio sent out a Batman Day celebration day tweet.

@WBGamesMTL is proud to celebrate Batman’s 80th anniversary with rest of the world during #BatmanDay #Batman80 pic.twitter.com/4VGz9kBWxj

The video seems to be a simple-enough celebration on the surface. Those paying close attention, though, were able to spot some cryptic images placed throughout the video. On their own, a riddle video is only enough to warrant some speculation that a new game may be on the horizon. However, Court of Owls creator Scott Snyder took everything to a new level with a now-deleted tweet. Twitter user @chuge11 was able to capture the tweet before it was removed.

The Court of Owls is a twisted crime group that was originally written about and illustrated by Snyder and Greg Capullo respectively in 2011. The Owls are known to have deep roots in Gotham’s history and wear ominous owl masks.

While the evidence is piling up, we do at least know that the lead game designer at WB Games Montreal, Osama Dorias, confirmed on Twitter that the developer’s next game is coming to consoles and will fall somewhere in the DC universe.

Batman: Arkham Origins released to somewhat mixed reviews, at least when compared to the more well-received Rocksteady Games-led Batman games. That said, the game definitely found its own die-hard audience sometime after release, with many praising its unique boss battles and strong story.

Rumors and concept art of a canceled project from the studio surfaced on 4chan not too long ago that had promised a Damian Wayne-focused sequel to Batman: Arkham Origins.

Whether developed by Rocksteady Games or WB Games Montreal, the Batman: Arkham series has not seen a mainline entry since Batman: Arkham Knight released in 2015. Both studios known for these superhero Metroidvania titles have been quiet for some time now, and both are long overdue for an announcement of some kind.

For any and all updates on a Batman Court of Owls game, keep checking with The Escapist.