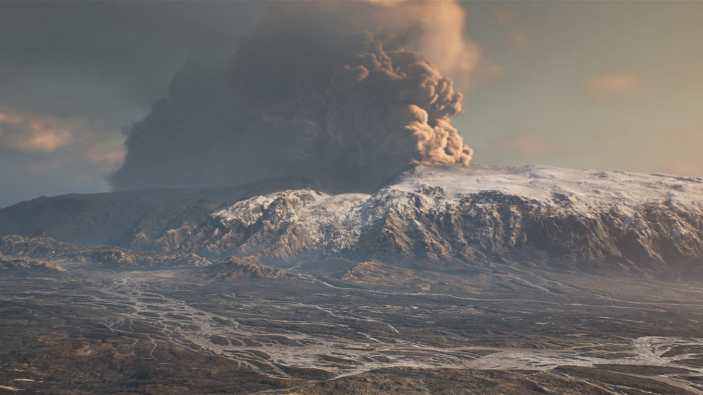 Senua’s Saga: Hellblade II will use real-life inspiration from Iceland when Senua takes her journey on Xbox Series X. Ninja Theory’s second episode of its Dreadnought Diaries series explains the process the team went through when creating its sequel. The goal, writer and director Tameem Antoniades said, is to “capture that sense of awe and epic of Senua’s journey, as she travels hundreds of miles seamlessly across Iceland, and reproduce it, recreate it — a ninth-century version of Iceland that is as real and immersive as possible.”

Antoniades said he went traveling following the development of the original Hellblade. Captivated by the beauty of Iceland, the director began to think of ideas for Senua’s Saga: Hellblade II. Eventually, Sagafilm helped capture the essence of 40 separate locations, which were later narrowed down to be the long journey players will take in the sequel.

The core creative team, including Senua actor Melina Juergens, explored the locations, too, in order for Ninja Theory to become fully wrapped in the area’s immersive qualities. This means an audio team explored Iceland as well. Antoniades described Ninja’s Theory’s naturalistic path in regard to Senua’s Saga: Hellblade II:

This is the approach we’re taking with everything in Hellblade. Everything should be based on something real. Whether it’s a sound, a trickle of a stream, sounds of a forest, the light, the clouds, the landscapes, satellite data — all of these things. We’re developing new tools and methods of assembling a grounded truth, from which we can create our journey.

Senua’s Saga: Hellblade II was first announced in December of last year during The Game Awards 2019. Since then, we’ve learned that the Ninja Theory team has doubled in size for its follow-up title and that the game will run on Unreal Engine 5.

Senua’s Saga: Hellblade II has no launch window announced, but it will come to Xbox Series X when it’s ready.