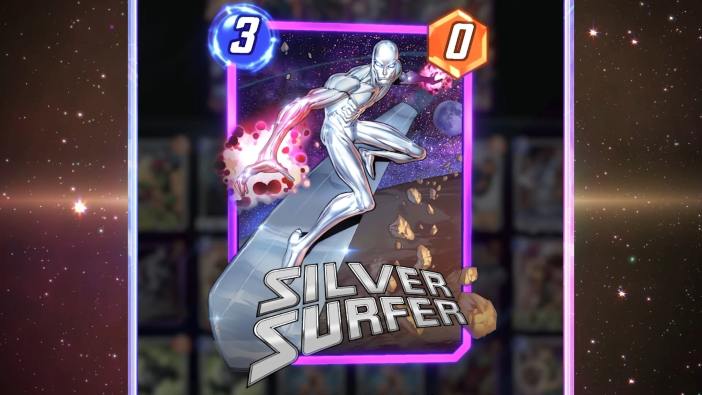 The Power Cosmic Battle Pass for Marvel Snap gives those with an extra $9.99 to spend immediate access to the Silver Surfer card. Those adverse to spending their hard-earned coin on a mobile card game will have to wait until the season ends to unlock the Herald of Galactus, where the card will be added to the difficult-to-obtain ranks of Series 5 for a season before being downgraded into Series 3. For many, a 3-cost card with 0 power with the One Reveal effect of giving your other 3-cost cards +3 power might not seem all that worth it, but this card is the central focus of quite a few powerful, meta-defining decks — so this guide will break down strategy and weaknesses for a Silver Surfer Marvel Snap deck.

Silver Surfer can fit into Marvel Snap decks no matter your Collection Level. Typically, decks featuring him will include at least five other 3-cost cards to buff, but he truly shines with Series 3 cards (level 486 onward). For those still in the Series 2 trenches, a Silver Surfer deck will look something like this:

While some cards may swap in and out depending on your preference, the key cards here are Odin and America Chavez. Odin can trigger the On Reveal effects on Ironheart, Silver Surfer, and Wolfsbane once again, leading to some game-winning buffs on the last turn. America Chavez thins out the deck to give you a higher chance of drawing Silver Surfer. Without Odin, a turn 6 where you drop, say, Ironheart and Silver Surfer can work as a powerful swing. The other non-3-cost cards in this deck – Angela, Scorpion, Jessica Jones – function as some of the most efficient cards in Series 2. 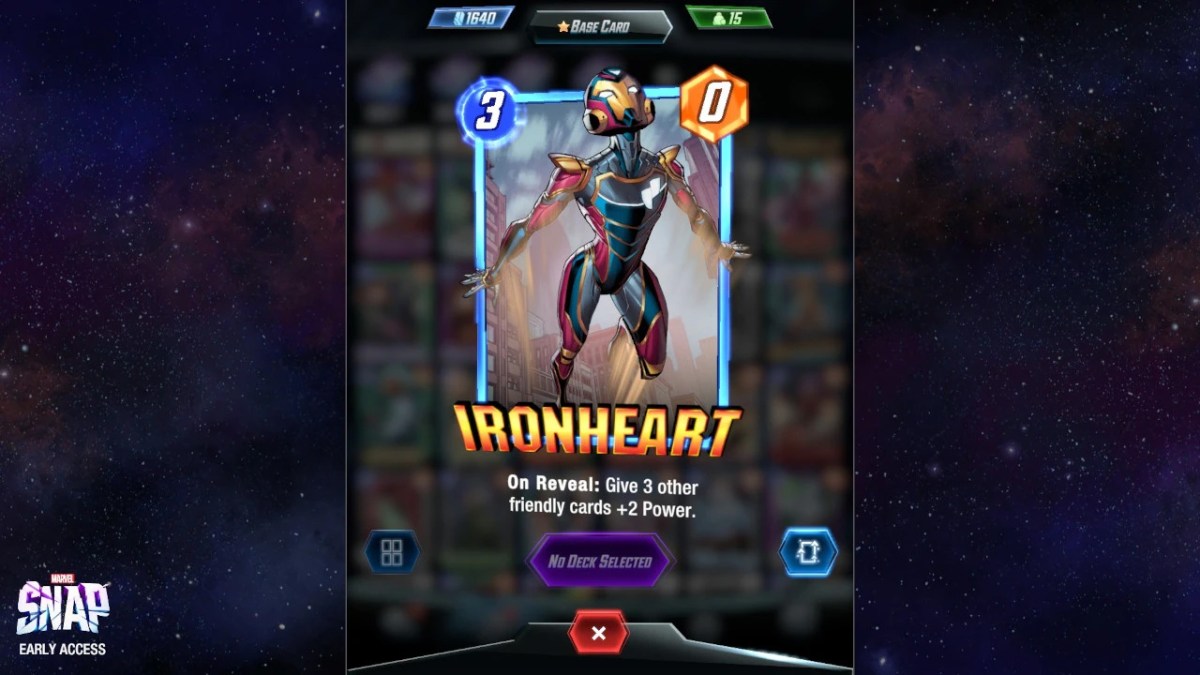 While this Series 2 deck is strong, the Marvel Snap meta-defining Silver Surfer Series 3 decks will ruin your day. These Series 3 decks require cards you might not have unlocked, like Brood, Sera and, depending on the list, Wave or Wong. Here’s an example list we’ve seen plenty of that utilizes Wave:

The idea here is to play Wave on turn 3 and Sera on turn 4. Sera’s ability – “Ongoing: Cards in your hand cost 1 less. (minimum 1)” – allows you to play two three-drops on turn 5 and three on turn 6, making waves (sorry) with two powerful game-winning turns. The other cards in this Marvel Snap deck facilitate this by being high-stated three-drops that make good use of Silver Surfer, while Psylocke helps get Sera out earlier if you don’t draw Wave. Do note that Psylocke isn’t necessary and can be replaced with another 3-drop like Captain America. This deck can clean up even if you don’t draw Silver Surfer — especially when playing Maximus on the last turn, so your opponent doesn’t draw extra cards — but it struggles without a Sera played on turn 4 or turn 5.

Instead of relying entirely on Sera, this deck can pivot to Wong’s powerful effect instead – “Ongoing: Your On Reveal abilities at this location happen twice.” – to trigger Silver Surfer twice. Psylocke can either accelerate Wong out on turn 3 or Sera on turn 4. Magik plays a key role here by giving you an extra turn to make use of Wong, Silver Surfer, and even Odin to proc powerful On Reveal effects up to four times. Many players have also experimented with cards such as Black Panther in this deck, as well as other tech cards such as Storm and Cosmo. When this deck comes together, it’s almost unstoppable. 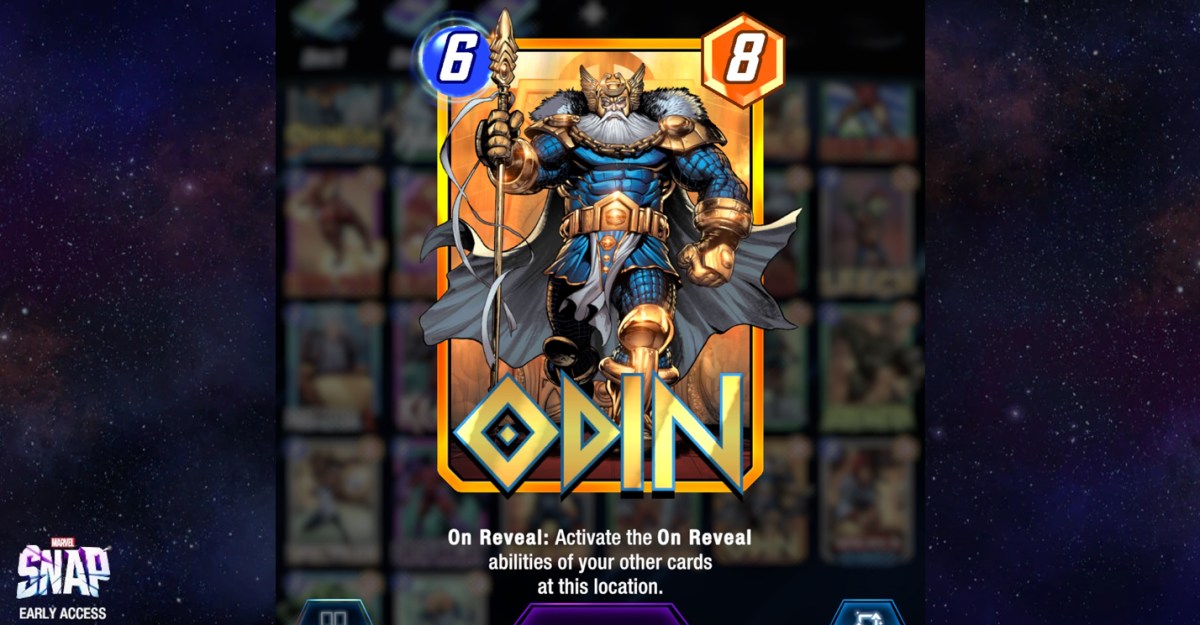 In Series 4 and beyond, Bast and Absorbing Man take this deck to the next level, but if you have those cards, chances are you don’t need our guide.

However, Silver Surfer Marvel Snap decks have one major weakness that has risen in popularity and that everyone who has cleared Pool 2 will have: Leech. For 5 energy, Leech removes all the abilities of the cards in your opponent’s hand. As Silver Surfer decks look to hold onto the titular card for a powerful turn 6, Leech completely ruins the standard Silver Surfer game plan. At the moment, the creepy little green guy is a great tech card for just about any deck because it also hinders other common archetypes such as “destroy” decks and “move” decks.

Be warned: As Leech only comes with a measly 3 power, using him on the 5th turn when you’re not ahead in at least two lanes or have a strong turn-6 play can lose you the game regardless. In fact, Silver Surfer players will often try to mitigate their weakness to Leech by consolidating their power into two lanes or playing Silver Surfer before you can play Leech.

If Leech costs too much for you to play, both Cosmo and Enchantress can also counter a Silver Surfer Marvel Snap deck. A well-timed Cosmo in the lane where your opponent plays Silver Surfer ends the game prematurely. Similarly, an Enchantress on Sera will hamper their powerful last turn. However, both of these options require some amount of prediction to get right.

With all this in mind, you should have a good idea of strategy, weaknesses, and how to play with and against Silver Surfer in Marvel Snap. With developer Second Dinner continually rolling out new cards, look for the strategies using Silver Surfer to get more powerful from here on out.

Related: How To Discard Cards in Marvel Snap on Destructoid