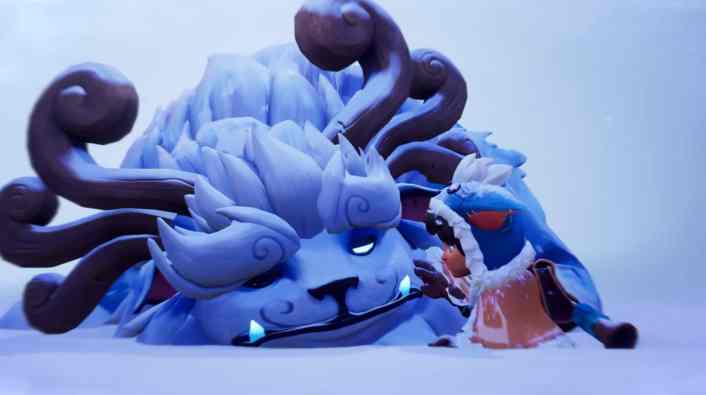 Song of Nunu: A League of Legends Story is an adorable single-player adventure from Tequila Works coming to PC, Nintendo Switch PlayStation 4, PlayStation 5, Xbox One, and Xbox Series X | S in 2022. First gameplay footage of the snowy adventure was shown during a featurette as part of today’s Riot Forge Showcase. The game’s developers say that Song of Nunu will tell a lower-stakes story as Nunu builds a relationship with his giant, unpredictable yeti friend, Willump.

The interactions between Nunu and Willump are the core of both Song of Nunu’s gameplay and story. For example, players can play music with a magical flute. If Willump enjoys the music, he’ll dance, but if you play notes he doesn’t like, he might throw a snowball at you. The unlikely pair will embark on their trek through the Freljord, which you can take a few peeks at in the League of Legends spinoff’s gameplay featurette below.

The Riot Forge Showcase brought even more information for League of Legends fans. For example, Airship Syndicate’s turn-based RPG spinoff, Ruined King: A League of Legends Story, is out right now on PC and consoles. It seems Riot Games is looking to have a League of Legends spinoff for nearly every genre, so stay tuned as the company inevitably reveals more on Song of Nunu and other projects in its ever-expanding universe.