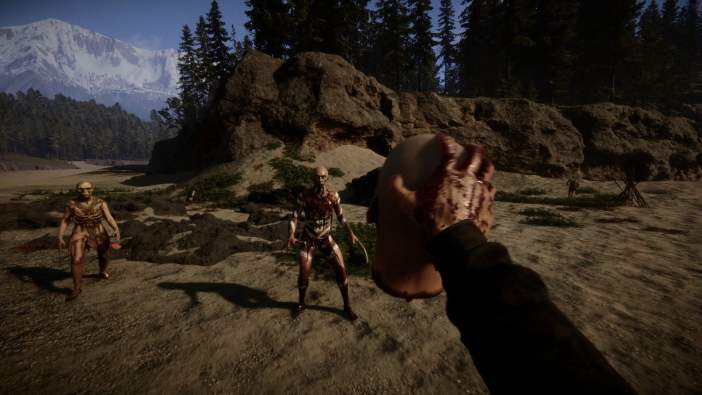 Developer Endnight Games has announced that it has delayed the release date of its survival horror sequel, Sons of the Forest, and it will now launch on PC sometime in early-to-mid 2022. Endnight had previously promised to launch the game sometime in 2021 but is deciding to push plans back due to a need for “more time.” The silver lining, however, is that fans can expect to hear a specific release date soon, as the studio promises to set a more specific schedule when the third trailer is published “in the next few weeks.” Plus, as seen in the Sons of the Forest release date delay announcement below, Endnight has shared a few more screenshots to keep fans tied over until more information is revealed.

Here are some screenshots from our upcoming game Sons Of The Forest.
We had hoped to have the game out this year, but need more time, so it will be early to mid 2022.
Exact date will be announced with our third trailer in the next few weeks. pic.twitter.com/9DWTEVqnZg

Endnight revealed Sons of the Forest back in 2019, promising a scary follow-up to its original PC and PlayStation 4 indie hit, The Forest. So far, the studio has promised to at least bring the game to PC, though no other platforms have been announced quite yet.

Endnight spoke with The Escapist earlier this year, shedding some light on Sons of the Forest’s gameplay and mechanics. For example, the sequel will feature a new digging mechanic and building features that are “more satisfying and immersive.” The developer has also explained that artificial intelligence will play a major role in Sons of the Forest, teasing “extremely complex behavior” as characters become afraid, tired, angry, hungry, thirsty, bored, and more. The interactions between players and the world of Sons of the Forest will be one of the game’s driving forces when its release date rolls around sometime in 2022.