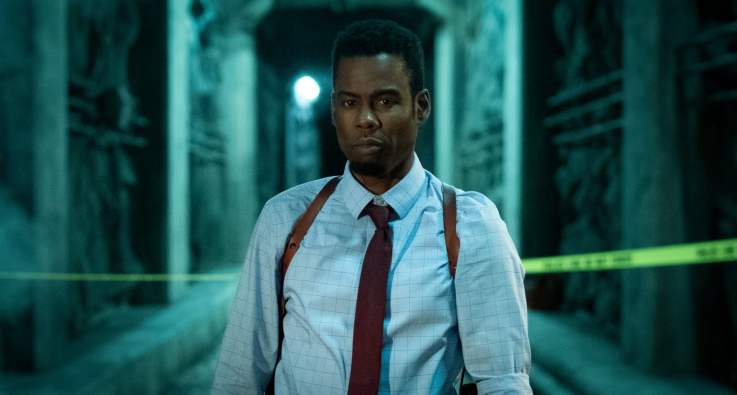 Saw is coming back, but it definitely looks a bit different. The first full trailer for Spiral: From the Book of Saw (or just Spiral) landed today, showing off the new soft reboot of the series that stars Chris Rock and Samuel L. Jackson as son and father cops. It also introduces us to the new voice of Jigsaw (or whoever is pulling off the brutal killings) and sets up a story that seems to focus on discovering who the new killer is and losing trust in everyone.

The franchise petered out in 2010 with Saw: The Final Chapter and then kind of tried to reboot with Jigsaw in 2017. Spiral is a much harder reboot, though it does still seem to be tied to the original series in some ways with a photo of the original Jigsaw, John Kramer, even in the trailer. However, a bunch of stuff is clearly different. The film appears to be playing more heavily into the pig head motif, and the creepy doll seems to be gone. The entire tone of the movie, which is based on an idea Rock had, is closer to the police procedural of the original Saw than the subsequent slasher sequels.

Rock plays detective Detective Ezekiel “Zeke” Banks and begins investigating a series of gruesome murders alongside his rookie partner (Max Minghella). However, it becomes apparent that the villain is delivering some sort of twisted form of justice and that Zeke and his father (Jackson) are wrapped up in it. As the investigation unfolds things get direr and direr, and it looks like the complicated traps get more and more gruesome.

Spiral: From the Book of Saw is directed by Darren Lynn Bousman and written by Josh Stolberg and Pete Goldfinger. It will release on May 14.