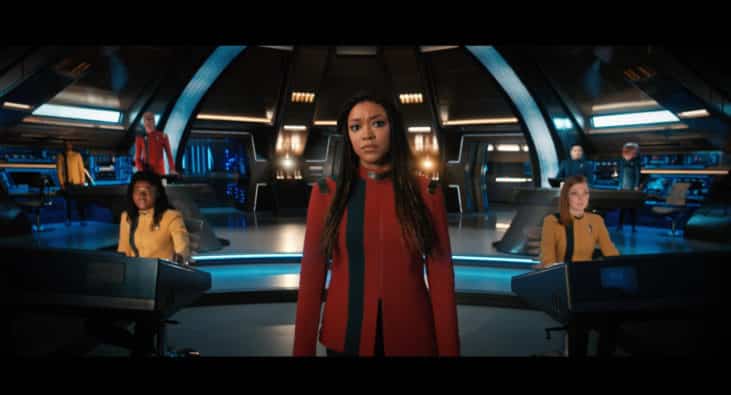 Star Trek: Discovery may have launched its crew into the far future of the Star Trek universe, but it seems things are settling back to normal for season 4 after the third season wrapped up “the Burn” storyline. The new trailer for the Paramount+ show, which came yesterday as part of a celebration of First Contact Day (the day that Vulcans first contacted the human race), showed off the fourth season’s upcoming storyline of a deadly gravitational pull that is threatening the entire universe.

By now we know that the series won’t be morphing into the episodic adventures that many hoped it would turn into, and the Star Trek: Discovery season 4 trailer pretty much confirms that, meaning we’ll have to wait for Star Trek: Strange New Worlds for our traditional Trek fix. The trailer features Discovery’s new captain Michael Burnham narrating over the kind of action and drama we’ve come to expect from the show as it sets up a storyline with “Discovery facing a threat unlike any they’ve ever encountered. With Federation and non-Federation worlds alike feeling the impact, they must confront the unknown and work together to ensure a hopeful future for all.”

Honestly, the biggest thing to take away from this trailer is the pretty hideous, boxy new uniforms that the crew is wearing. A mix between the bold colors of the original series, the style of The Next Generation, and the vertical barring of the jumpsuit uniforms worn in the first three seasons, they are less than flattering to nearly everyone on the show. It will be a while until we get to see them in full action as Star Trek: Discovery season 4 won’t land until the end of 2021.

Also released yesterday was a teaser for Star Trek: Picard‘s second season, which will see the beloved character of Q return to play with Picard.