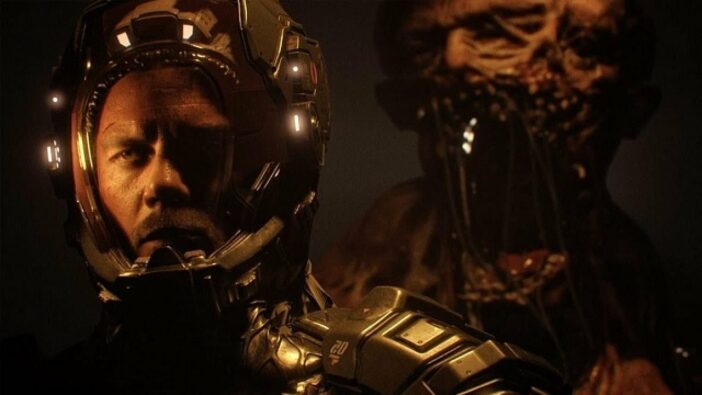 PlayStation’s State of Play started off with a bang. And while the Resident Evil 4 remake is certainly a banger of an announcement, there were others as well. The Callisto Protocol received its first PlayStation 5 gameplay trailer, in addition to receiving a worldwide release date of December 2, 2022 on PS4, PS5, Xbox, and PC.

Check out footage of the title below:

You can tell the people behind Dead Space are making this. The action is appropriately gory, there are horrifying monstrosities out to kill you, and you’ll be able to shoot and dismember said horrors in order to survive. Your main character, unlike Isaac from Dead Space, does not have armor plating surrounding his body.

Here is some additional info from the developer about what to expect from the gameplay and atmosphere of The Callisto Protocol ahead of its December release date:

We also obsess over building and releasing tension. You can’t have jump scares around every corner.  Sometimes we space scares out to give players time to catch their breath, and sometimes we hit them with two or three scares in a row.  We want your heart to race with every tick of the PS5’s awesome haptics. From the satisfying swing of Jacob’s stun baton, to the heavy footsteps of a massive enemy, the PS5 helps us make players feel every moment of the pulse-pounding tension.

Speaking of Dead Space though, it is getting a remake that is aiming for a January 2023 release. It will be interesting to see if gamers have enough space in their wallets for two horror sci-fi titles.

Interestingly, The Callisto Protocol was originally going to be set in the PUBG universe. But recently, that was changed, as all connections to PUBG have been severed. It’s a great decision, in my opinion, that helps the game stand on its own two feet. I certainly am a lot more interested in playing the adventure now than I was before.