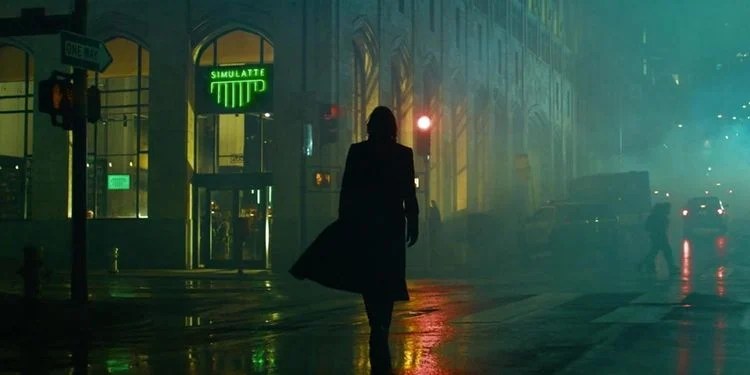 The first trailer for the hotly anticipated The Matrix Resurrections is finally here, and it looks… a lot like a trailer for the original The Matrix. The Lana Wachowski film is bringing back both Keanu Reeves’ Neo and Carrie-Anne Moss’ Trinity, but they don’t seem to remember anything at all and it appears a very Morpheus-looking fellow played by Yahya Abdul-Mateen II is once again going to bring them into the fold.

While, at the moment, it may appear that the film is a redux of the original movie, it does have some striking differences. For one, the “real” world looks a whole lot different. In the original film the world that the computers created had a distinct look to it that seems to be gone from this one, where it honestly looks like any other film until people start jumping around and freezing bullets. Maybe this is a sign that the machines made an even better Matrix and somehow recaptured all of humanity, or maybe this is just where the people who decided to stay are? Whatever the reasons, it seems both Neo and Trinity did not die at the end of the third film and that the machines and humans are fighting again, as the Matrix Resurrections trailer demonstrates.

One thing that is very clear from the trailer is that the technology has caught up with Wachowski’s vision. There are no more rubbery CGI fighters here, and the action sequences look pretty damn incredible. No matter what you think of the siblings’ post-Matrix work (Speed Racer is a masterpiece.), they are always at the forefront of blending tech and action, and this looks no different. Plus, Keanu Reeves actually does know kung fu this time around.

The movie also stars Jonathan Groff, Neil Patrick Harris, Priyanka Chopra Jonas, Christina Ricci, Telma Hopkins, Eréndira Ibarra, Toby Onwumere, Max Riemelt, Brian J. Smith, and Jada Pinkett Smith. Laurence Fishburne has said that he isn’t starring in the film, but it should be noted we don’t see the guy who very much looks like Morpheus outside of the Matrix, so it’s possible that old Morpheus is using a young body inside the simulation and could still appear in the film.

The Matrix Resurrections will release theatrically and on HBO Max on December 22, 2021. It will be available on HBO Max for 31 days from the theatrical release.