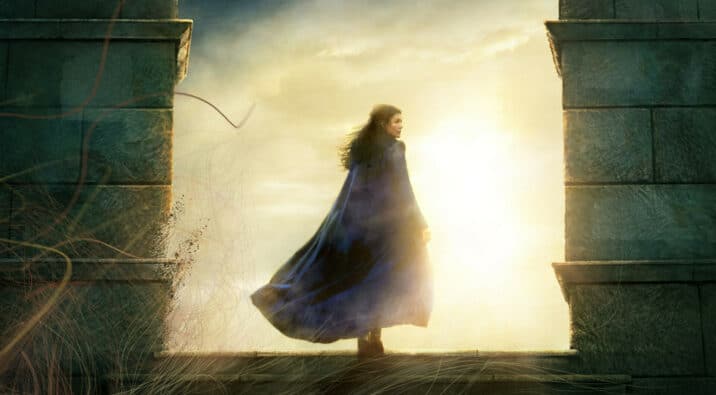 The wheel of time turns, and ages come and pass, leaving memories that become… new seasons of Amazon’s other fantasy TV series. Ahead of the debut of the second season of Amazon’s The Wheel of Time series, Amazon has announced that the show has been renewed for season 3. The big news was revealed at a panel at San Diego Comic-Con and came alongside the reveal that The Wheel of Time: Origins animated shorts are also returning next month.

The season 3 renewal shouldn’t come as too much of a surprise as The Wheel of Time was generally well received by fans and critics alike and reportedly netted a strong audience for Amazon. This coupled with everyone trying to be the next king of fantasy television made the third season a pretty easy decision. The third season renewal is really the first renewal for the series as the show, like many other streaming series, already landed a second season before the first was even released.

Showrunner and executive producer Rafe Judkins said that the third season will pull heavily from the fourth book in the series, The Shadow Rising. “I’m so thrilled that we’ll be making a third season of The Wheel of Time,” he said. “The Shadow Rising has always been my favorite book in the series, so being able to bring it to television and introduce new audiences to the stories that made me fall in love with these books in the first place is such an honor, and something I’ve been working toward since I first pitched the show years and years ago.”

The show has somewhat wisely taken plot points from the books out of order, telling an easier-to-follow narrative than the massive book series did by merging together different storylines that span across multiple books. That means that while The Shadow Rising may form the backbone of the third season, we will probably get storylines pulled from elsewhere in the fantasy series.

The cast for the third season has not yet been announced. However, Rosamund Pike, Josha Stradowski, Marcus Rutherford, Zoë Robins, Madeleine Madden, and Daniel Henney are all returning for the second season, and most likely any series regulars that don’t die before the end of season 2 will come back for season 3.

There’s no release date yet for The Wheel of Time season 2, let alone season 3.