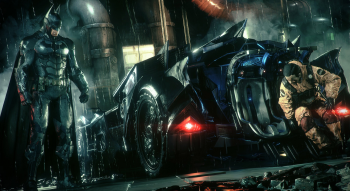 Warner Bros. has halted all sales of the PC version of Batman: Arkham Knight until its numerous issues are fixed.

So you are probably aware of the issues facing the PC version of Batman: Arkham Knight, which are reportedly bad enough to prompt Green Man Gaming to offer full refunds. Publisher Warner Bros. is of course more than aware, and is desperately trying to fix them. In a somewhat surprising move, it has just decided to completely remove the game from the Steam store, effectively halting the vast majority of its PC sales, until those issues are corrected.

“We take these issues very seriously and have therefore decided to suspend future game sales of the PC version while we work to address these issues to satisfy our quality standards. We greatly value our customers and know that while there are a significant amount of players who are enjoying the game on PC, we want to do whatever we can to make the experience better for PC players overall,” posted Warner Bros.’ Gary Lake-Schaal in a Steam announcement.

“If you purchased your copy of the game and are not satisfied with your experience, then we ask for your patience while these issues are resolved,” he asked, adding “If desired, you can request a refund at https://help.steampowered.com.”

“The Batman: Arkham fans have continually supported the franchise to its current height of success, and we want to thank you for your patience as we work to deliver an updated version of Batman: Arkham Knight on PC so you can all enjoy the final chapter of the Batman: Arkham series as it was meant to be played.”

We’re not quite sure how this will effect gamers who bought (or were planning to buy) their copy of the game at a physical store, or via a third-party CD-key retailer.

This can be seen as both a good and bad move from WB. Good, in the sense that by halting PC sales it is effectively choking itself of a revenue stream until it can fix the problems, but bad in the sense that now that the game has been pulled, it may be a while before it comes back.