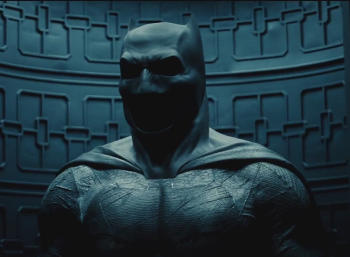 Batman v Superman: Dawn of Justice isn’t just an on-screen meeting of the world’s greatest superheroes. It also introduces DC Comics’ broader film universe, including cameos of Wonder Woman, Aquaman, Cyborg, and potentially many more. This has prompted fears from several fans that Warner Bros. is overstuffing its story in a rush to fill its Justice League roster. But according to producer Charles Roven, that’s not the case at all – Batman v Superman will focus squarely on central characters while teasing personalities you’ll want to see later on.

In other words, Roven is stating this will be a Batman/Superman movie first, and a Justice League prequel second. Which if accurate, means all those Aquaman or Wonder Woman promotional materials are solely about building the DC universe – not complete plot arcs featured in this film.

“I think like any genre, the movies have to be good and you have to keep the audience engaged,” Roven said. “One of the things that we’re doing when we’re bringing together the DC Justice League Universe is we’re creating not only stories that work for the individual film but they have some resonance to the other films that we’re doing. And I’m hoping that what’s also gonna keep the interest very keen is we’re telling hopefully compelling stories.”

Since Roven is Batman v Superman‘s producer, we obviously have to take his statement with a grain of salt. But he might not be wrong – after all, the only comparable superhero project is Marvel’s Cinematic Universe, which played a long game for four years before bringing superheroes together in Avengers. Anything faster will naturally feel rushed and risky, but we won’t know for sure until Batman v Superman launches next year.

On the other hand, Batman v Superman put a lot of effort into promoting heroes who aren’t Batman or Superman, which clashes with Roven’s claim. Not to mention rumors already abound of a four-hour cut of the movie. Roven didn’t confirm or deny such rumors, but suggested something like an extended cut may be on the way.

“I don’t know if you’ll ever get the 4-hour version,” he explained, “but there may be something that’s coming along that might be slightly less long than that.”