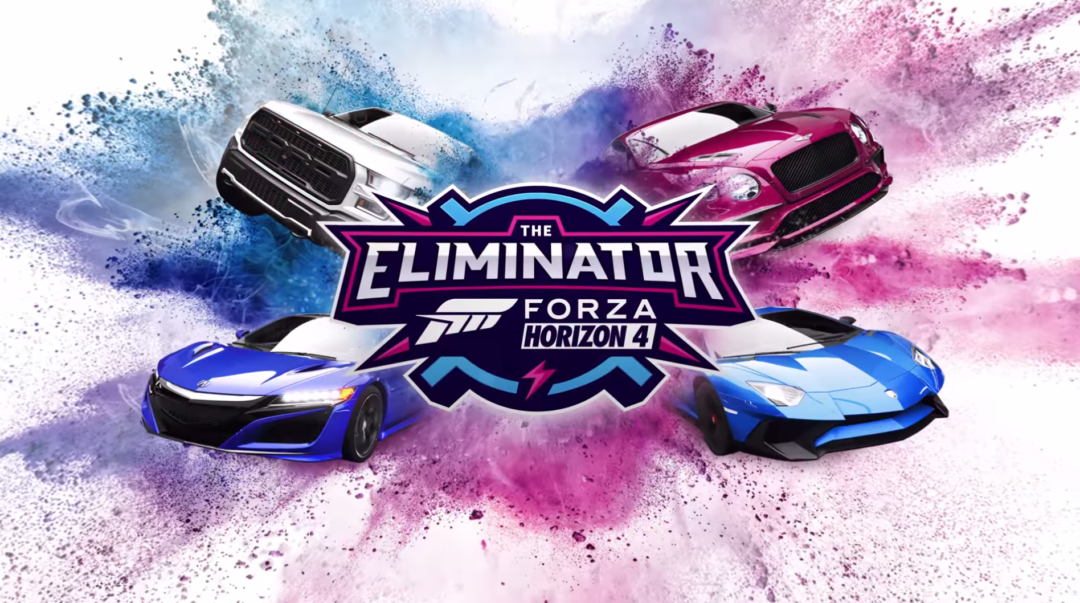 Forza Horizon 4 is spicing up its post-launch content roadmap with its own take on a battle royale game mode. The new mode, called The Eliminator, pits up to 72 racers against one another in an ever-shrinking area until one driver remains victorious. This isn’t a game of life or death like with other battle royales, so instead, each player competes in one-on-one races that are initiated by honking at another car. Though everyone starts out with their very own Mini Cooper upon beginning each game, players can obtain new cars by knocking out contenders or finding random loot drops throughout the map. Once the gameplay circle shrinks to its smallest size, it becomes a free-for-all race to the finish among all remaining racers.

Check out what the team over at Playground Games has in store in The Eliminator announcement trailer below.

Speaking with IGN, Playground Games’ principal game designer, Mike Brown, elaborated on how the racing game’s new mode came to be, saying that the team has actually been testing the idea for some time:

It started very early. It wasn’t even a prototype; we were really just playing it with our imagination before Horizon 4 even came out. It started as a game that we were playing amongst ourselves where we were just doing head-to-head [races] within the world, and every time you lost a head-to-head the other person would change car, and it kind of blossomed from there into The Eliminator game mode we have today.

The mode looks surprisingly unique, especially when compared to other battle royale-like modes found in other titles.

You won’t have to wait long to play The Eliminator either, as it comes to Forza Horizon 4 players on Xbox One and PC as a free update tomorrow, Dec. 12.

John Boyega Says the Choices in Star Wars: The Last Jedi Were ‘a Bit Iffy’