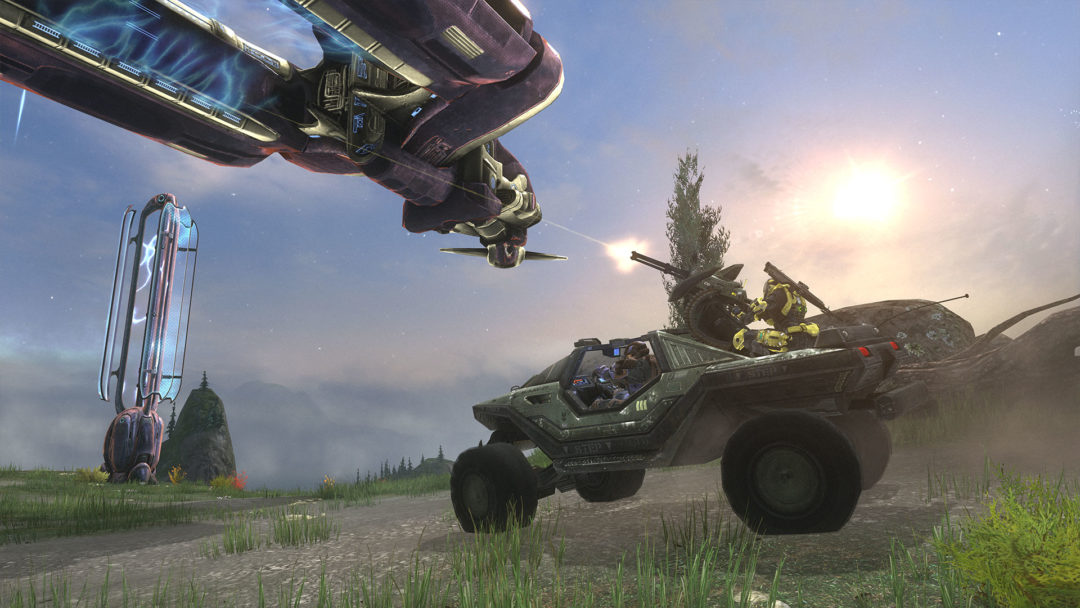 Halo was The Beatles of my video game upbringing. As a teenager and young adult, Bungie’s definitive space marine first-person shooter was my favorite gaming franchise. I loved everything Halo. I played each campaign dozens of times, spent hours immersed in online matchmaking, and fooled around with Halo 3’s map editor for more time than I’d care to admit. The Halo series was essentially my virtual anchor into the video game landscape for more than a decade. Anticipating a new adventure featuring Master Chief and Arbiter got me into a fangirl frenzy like ‘60s hippies catching a glimpse of John Lennon and Ringo Starr. Make no mistake: I was Halo crazy.

But in the last decade, Microsoft has careened Halo’s Warthog into a Blood Gulch ditch. Ever since Bungie passed the creative reigns over to 343 Industries, fan enthusiasm for the franchise has waned. More recent installments have done little to reinvigorate excitement in the blockbuster property to the point that even I, a self-avowed shrieking Master Chief cosplaying stan, have been pondering if Halo was ever that good to begin with.

So what changed? Whatever happened to Halo mania? When did the series begin to plummet from the stratosphere like an ODST? Halo 4 is the most obvious answer to these questions.

Halo 4 was a solid, yet safe debut effort from 343 Industries. Master Chief’s first post-Bungie spacefaring adventure didn’t reinvent the IP or the FPS genre like prior installments. Unlike Bungie’s 2010 swan song walk-off grand slam Halo: Reach, Halo 4 acted as a retread of the series’ traditional gameplay components. 343 Industries focused on building linear yet large terrain, mayhemic vehicle sections, and Battlestar Galactica-style sci-fi melodrama rather than spicing up the formula. Halo 4 was good fun, but it felt as if 343 Industries was trying to gather its footing before developing a much grander installment with even more potential.

343 Industries unfortunately squandered that good will with 2015’s Halo 5: Guardians. The sole new Halo title released during the Xbox One era is the franchises’ worst outing by a slipspace jump. The storyline? Abysmal. The boss battles? Repetitive. 343 Industries’ design philosophy? Indecisive with an inability to commit to either overhauling Halo’s established formula or modernizing it. Whether it was the ineffectual iron sights function or the lack of splitscreen co-op and multiplayer, Halo 5: Guardians is a monument to all of 343’s sins. As a result, I parked the Halo franchise in the back of my brain space and preoccupied myself with more groundbreaking titles like Bloodborne and Horizon Zero Dawn.

My Halo obsession remained shelved until just last week. My teenage nephew was visiting my home for five days, and whenever he stays over, we make plenty of time to play video games together via same-couch split screen co-op or multiplayer. In most instances, we play Super Smash Bros. Ultimate, Mario Kart, Gears of War, or Call of Duty. Yet on this particular weekend, the two of us were looking for something different, something we hadn’t played together before. Nearly an hour of indecision passed before it dawned on me that the youngin had never experienced Halo: Combat Evolved. I did what any good gaming aunt would do by firing up 343 Industries’ Halo: The Master Chief Collection, a stellar bundle that currently contains the remasters of Halo: Combat Evolved and Halo 2 along with rereleases of Halo 3, Halo 3: ODST, Halo 4 and Halo: Reach.

Enjoying Halo: Combat Evolved’s campaign mode via split-screen co-op reminded me why I fell in love with the series to begin with. Bungie’s legendary run on the series was great even beyond it having the best assault rifle in FPS history, versatile enemy aliens with various strengths and weaknesses, and the awe-inspiring locale of a ring world. Halo: Combat Evolved is terrific because it’s meant to be enjoyed with those we love. Similar to Nintendo’s beloved lineup of party games, Halo can deliver the  joyous Christmas morning-style video game experience of playing with family and friends on the same couch.

Halo: Combat Evolved was created this way by design. The Warthog sections are best done cooperatively. The level designs, whether in an enclosed space or a wide open map, were curated for another player to embark on an alternate route and flank the energy sword-wielding invisible Elites or offer some other tactical advantage. Gameplay strategy changes based on the level; the first level aboard the human military space vessel The Pillar of Autumn allows players to overwhelm the Covenant baddies with fire power, while The Library forces brave souls to endure a never-ending horde of zombie alien enemy types known as the Flood. The limited two-weapon capacity adds another strategic element to the game as players divvy up responsibilities to best fit their current weapon loadout. The various difficulty modes, the cheat code like Skulls, and the scoring system in Halo: The Master Chief Collection’s version of Halo: Combat Evolved only increase this classic shooter’s longevity.

The resulting game is an enthrallingly timeless experience with unlimited replay value. Even after 18 years and generations of Xboxes later, Halo: Combat Evolved’s single player remains a romp. As my nephew and I were laser focused on intense story missions like 343 Guilty Spark or screwed around with some good natured team killing by way of vehicular manslaughter on Silent Cartographer, I remembered why Halo: Combat Evolved is remembered as a high point for the FPS genre. With Project Scarlett’s 2020 launch alongside Halo Infinite, 343 Industries’ will hopefully realize that Halo’s strength is more than the separate components of gameplay, story, and multiplayer. The love of Halo is meant to be shared.