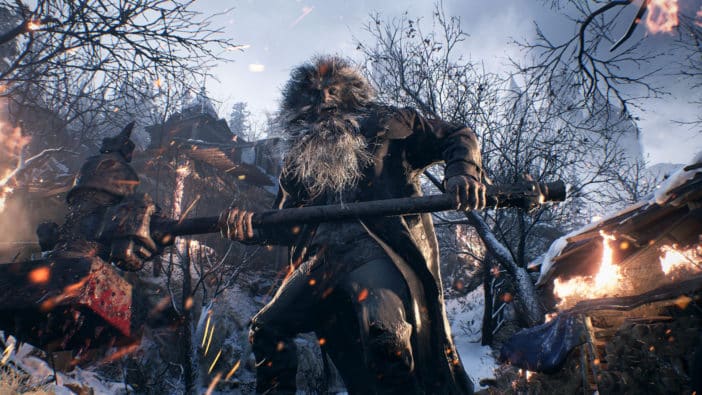 There’s plenty to discuss today, like the reveal of the next Resident Evil showcase, the Fallout 76 2021 content roadmap, leaked gameplay footage of Ubisoft’s upcoming Rainbow Six Parasite (or whatever its name will be), and more. Here’s the video game news you might’ve missed on March 22, 2021.

Bethesda revealed the 2021 Fallout 76 roadmap, outlining all the content we can expect for the rest of the year. The roadmap is broken into four sections — one for each season. Spring will bring players new C.A.M.P. slots and S.P.E.C.I.A.L. loadouts, summer is scheduled to include new storylines as part of the Brotherhood of Steel narrative, fall will bring us “the next evolution” of private servers, and winter will bring us Tales from the Stars, which will feature new seasonal events and daily ops “surprises.” Check out more by clicking on the link below.

Rainbow Six Quarantine is being renamed, with Rainbow Six Parasite apparently being a tentative title, and over an hour of its gameplay leaked online. In fact, Ubisoft acknowledged the leaked footage, telling Eurogamer, “We can confirm this is a glimpse of our upcoming Rainbow Six game. Recently, we ran an internal test for the game and unfortunately some of the details became public. This clip is a work-in-progress gameplay footage. We’ll share more details about the game later this year.”

You’ll notice the developer did not mention the game by the Parasite moniker, meaning it could be called something entirely different. We’ll find out more about it later this year.

Read More: Over an hour of Rainbow Six: Parasite gameplay leaks from a technical test

The Medium and Observer Are Launching Physically

Two of Bloober Team’s most recent games — Observer: System Redux and The Medium — will be getting physical editions, thanks to a partnership with Koch Media. Bloober Team CEO Piotr Babieno said, “It’s most important to us to listen to our fans and they did ask for a box release of our award-winning horror games,” though it’s unclear when the physical editions will launch. For now, you can purchase both games digitally on their respective platforms.

Tekken 7 has continued to get DLC fighters since it launched in 2017, and the next character that will be joining the roster is Lidia Sobieska. This new fighter will be added to the game tomorrow, March 23, and is referred to as the Polish prime minister within the game’s universe. Sobieska can be seen in action in the new launch trailer below. The new fighter will be available as part of Tekken 7‘s fourth season pass.

The Next Resident Evil Showcase Will Debut in April

In celebration of the 25th anniversary of the series, Capcom will debut a new Resident Evil showcase later this April at an unspecified date. It was also revealed that competitive multiplayer game Re:Verse will be getting an open beta from April 7 to April 11, ahead of its full release this May when it will launch free with Resident Evil Village. Capcom did not disclose what the upcoming showcase will cover but advises fans to stay tuned to the official Resident Evil social channels to find out more.

The next Resident Evil Showcase goes live in April – catch up on the latest showcase info, an open beta for Resident Evil Re:Verse, and more!