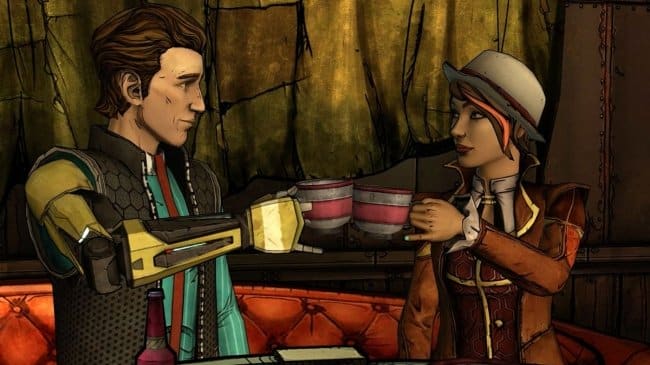 Telltale Games’ Tales from the Borderlands may be getting a remaster and sequel season if a new leaked trailer turns out to be real. Footage of a supposedly leaked trailer for Tales from the Borderlands Redux appeared on Reddit, teasing new content in the form of developer commentary, concept art, codex entries, unused content, and even a new episode to boot. Plus, the lone “2” left at the end of the trailer seems to be teasing some sort of sequel. Hopefully we won’t have to wait long to hear something official considering the trailer alleges a 2020 release date for the remaster. Real or fake, you can watch the footage below.

Take everything with a grain of salt, but the alleged clips for Tales from the Borderlands Redux look somewhat promising. It’s also worth mentioning that, along with 2K, Gearbox, and Telltale, the trailer credits AdHoc Studio – a studio set up by former Telltale staff. The last major project AdHoc had been confirmed to work on is The Wolf Among Us 2, which was announced during The Game Awards 2019.

The original Tales from the Borderlands was well-reviewed, and its events fed in part into the most recent Gearbox entry in the franchise with Borderlands 3. That said, some storylines were left open with the ending of the episodic game’s first season, and a sequel could serve as a great way to tie up some loose ends.

Telltale shut its doors in 2018 but was brought back in 2019 when LGC Entertainment purchased the company’s assets, trademarks, technology, and assorted IP.