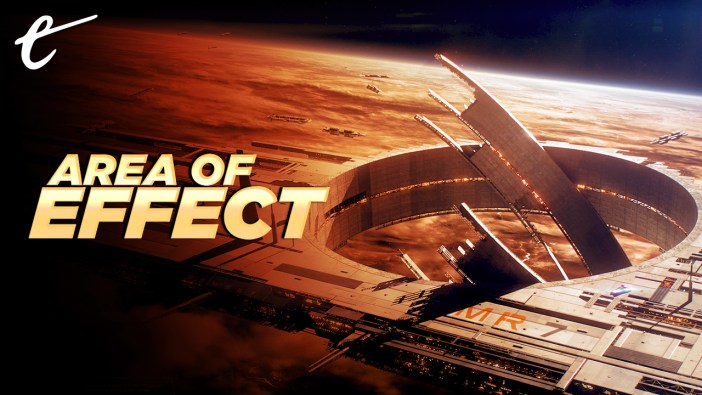 This article contains spoilers for the original Mass Effect trilogy in its discussion of the new upcoming Mass Effect.

N7 Day (November 7) saw the release of the latest Mass Effect teaser, and I couldn’t be happier. Not just because I’m looking forward to a new Mass Effect — though Andromeda has made me a little cautious — but because the waiting game could be just as enthralling.

Why? Because no matter which of Mass Effect 3’s endings you personally picked, BioWare will have its work cut out to pick up from where the original trilogy left off. I’m grinning in anticipation of discovering — trailer by trailer, interview by interview — the narrative gymnastics it’ll have to pull off.

But what’s especially fascinating about this situation is that this is the biggest postgame aftermath BioWare has had to pick up on. Sure, BioWare’s Star Wars: Knights of the Old Republic let you choose whether to free the galaxy or crush it beneath your heel. But it was Obsidian Entertainment that had to figure out a way to give players a single starting point when crafting the sequel. And as entertaining as Star Wars: Knights of the Old Republic II – The Sith Lords is, having Darth Revan just leave is clunky at best.

If Mass Effect: Andromeda hadn’t been so troubled, this would be a non-issue. By now, we’d all be eagerly anticipating the third entry in the Andromeda trilogy, which by taking place in an entirely different galaxy wouldn’t need to concern itself with the events of the original games. But Andromeda wasn’t the success it needed to be. So here BioWare is having to carry on from one of three galaxy-altering scenarios, plus all the smaller decisions players made.

It’s been suggested that the Destroy ending, which sees all synthetic life annihilated along with the Reapers, is canon. That’s certainly one way to tackle the problem, to have the next Mass Effect game disregard players’ choices, pretending it takes place in some alternate universe where Space Racist Ashley didn’t get blown up.

That’s not to say that scenario would be the easiest to pick up from, however. As much as I love the “refuse” option, the Control ending could also be an option. Yes, the Reapers might be “good” now, but people might not appreciate the galaxy’s new mecha-cuttlefish police force. Not unlike Babylon 5’s younger races telling the Shadows and the Vorlons where to shove it, Reaper Shepard might have, in the years since Mass Effect 3, done a Darth Revan and left the galaxy.

But this new Mass Effect teaser trailer complicates things. Liara can be heard talking to a Geth, a synthetic lifeform who, after the Destroy ending, should be dead, unless turning the Geth off and on sorted things out. Am I reading too much into a 25-second teaser? Maybe, but I’m craving every clue I can get, though I’m ashamed to admit I missed the Mass Relay being Cerberus yellow.

And it’s not just the scraps of information that, doled out trailer by trailer, prove so entertaining. I find myself dwelling on the thought processes, the meetings, all the work that’s gone into giving the new Mass Effect a solid foundation. Because that’s what BioWare is having to do — take all those possibilities from the last game and create a near-unified starting point.

Thank you to all the agents who decoded the footage. Here’s a clean transmission 👀 https://t.co/iADrTHnU6s pic.twitter.com/ALNBNNM05a

There must have been hours, days of discussion. Just imagine all the conversations that must have been involved in deciding to bring Liara back and then to feature her in the trailer. Did they bring her back because she was a fan favorite or because she’s guaranteed to survive the game? They could have put Tali in there, but she can meet her demise in both Mass Effect 2 and 3. You can bet that her appearance would have been met with a chorus of, “Hey, my Tali’s dead. What’s going on here?”

Because, let’s face it, BioWare can’t make everyone happy, nor should it try to. Each player has their own Commander Shepard, and even if Shepard isn’t this new game’s protagonist, some players will expect their decisions to have had a lasting impact beyond just a line or two of dialogue. I’m glad BioWare added more meat to Mass Effect 3’s endings, but it set a precedent and the way it happened wasn’t okay. I’m hoping that there’ll be less of a backlash when BioWare divulges more information about this next Mass Effect — I can just picture the YouTube thumbnails.

So, while the next Mass Effect game may not have a release date, I’m absolutely going to micro-analyze every tidbit of information — anything to give me an inkling of how BioWare is going to untangle, or maybe even skip over, the original trilogy’s choices. And I’ll be browsing Twitter, popcorn in hand, to watch how people react as BioWare’s take on a post-Mass Effect 3 galaxy begins to solidify. It promises to be a lot of fun.