Could we perhaps make some kind of official universal agreement to the effect that the whole ‘branching path’ thing in triple-A story-driven games never really delivers the promised experience? As much as it’s an impressive thing to say you’ve got in the marketing copy, there is a point where a cost must be incurred for such bold-faced bullshit. 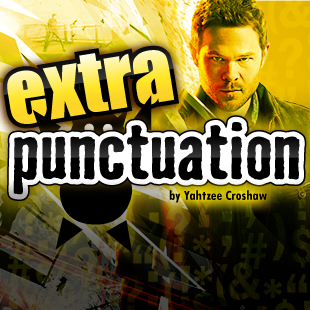 I don’t know why I haven’t wised up yet, but the same thing always happens. The game makes a big show of how the choice you’re about to make is going to have serious consequences for upcoming events, and I buy into that, thinking really hard about my personal interpretations of the characters and consequently having greater investment in the events that follow, having played a part in their direction. And then, after I finish the game, I think I’d better quickly speed through it again to see what happens if I take different choices, and when I do, the differences turn out to be incredibly slim.

I suppose you can’t really expect much, especially in triple-A, because if they did actually do a real branching story, real Choose Your Own Adventure style, then that would mean having to create six or seven different stories as well as all the necessary content and assets for them, and then most players will only ever see one. In practise, all you can usually expect from this kind of thing is a change of dialogue. And I dunno about you, but I’d expect a bit more from the way the games bang on about it.

Let me quote directly from the box blurb of Quantum Break. “Intense cinematic gameplay fuses with a gripping live-action show that adapts to the choices you make”. Leaving aside all that ‘fusing’ and ‘gripping’ that sounds like we’re trying to market a new kind of safety razor, how that ‘adapting to the choices you make’ thing manifests is that after each gameplay chapter and before each episode of the live-action show there’s a brief interlude where you play as Aidan Evilbastard picking one of two options that will alter the direction that the evil corporation takes.

The fact that subsequent choices are always the same regardless of what earlier choices are made should communicate that the plot doesn’t actually do a great deal of ‘adapting’. The key events of the story never change, only dialogues, minor background details and the stated reasons characters give for doing the things they were going to do anyway. About the only change of any significance is whether or not you have to fight this one specific dude in the last episode, and that’s decided by the last choice in the game. Filming all those slightly alternative versions of scenes feels like rather a waste of effort just for the sake of making a hollow claim of plot fluidity.

As I said when it came out, I think Until Dawn is one of the few games that got halfway to pulling it off, and that was largely thanks to it being in the genre of slasher movie. So the plot isn’t much more than a vehicle for spectacular murders and it won’t bring the entire structure of the thing crashing down if you mix up the order that those murders happen in. But even in that case, the plot only starts properly branching towards the end, when presumably there’s less work involved in creating the alternative routes.

The problem with the ‘interactive movie’ concept is that the branching story IS presented as the gameplay.

I should clarify I’m talking about games that make an alleged branching story the main selling point. The David Cage ‘interactive movie’ games of the world. There are plenty of other games that manage to do a degree of branching story stuff by not making as much of a fuss about it. Games like Witcher 3 and Deus Ex have variable outcomes for the many sidequests and activities. Little, manageable branches taking place within a solid foundation of gameplay, and the outcomes usually affect that gameplay in some way. What you ask Jaime Reyes to do in Deus Ex affects whether or not he shows up later in France and allows you to bypass the Gunther Hermann boss fight, for example.

The best way to ensure that the player is invested in the story and characters is to in some way integrate it with the gameplay and challenge. NPCs become more endearing if they are useful in combat, for example. Do this well enough and you might not even have to put much effort into the story at all. Look at XCOM, and the tendency for players to get emotionally attached to soldiers just because they have names, faces, and have put on a good show on the battlefield. You can see how that makes Quantum Break feel like it’s trying too hard, when huge amounts of effort are put into story scenes and companion videos and the characters aren’t even as likeable as a randomly-generated soldier with a flag on his back.

The problem with the ‘interactive movie’ concept is that the branching story IS presented as the gameplay. It’s trying to appeal to the user on the level of films rather than games. Which makes particularly no sense with Quantum Break, in which it is possible to skip the movie parts but not the game parts. There are occasional little things that you can do in the game parts that will create a very brief extra or alternate scene in the video part, and that feels like they’re getting it arse-backwards. It would be easier to create investment if there were things in the video part that paid off in the game part. The drama and characters in the show barely even touch the gameplay until the very end.

Looking back, I think the last triple-A, non-sandbox, non-multiplayer focused story-focused game that I ZPed WAS Until Dawn. The prevalence of the branching plot gimmick illustrates that the medium is still immature, for two reasons: 1, that it still apes the linear medium of film and considers ‘cinematic’ to be a positive adjective, and 2, that it still perceives the need for some kind of gimmick, when decent writing should be all the selling point a good story needs. It’s immature, and it’ll never stop being immature until the industry stops burning itself down every few years for the sake of new hardware, and finally realises that ‘interactive narrative’ is its own thing that’s more about exploration, emergence and atmosphere than about trying to be a film modelled on a choose-your-own-adventure book. Very few of which, you’ll note, have ever been nominated for major literary awards.