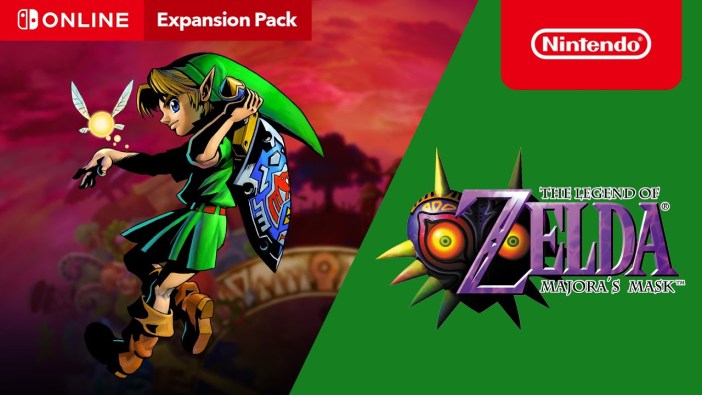 The premise of the game is that the moon is falling out of the sky (now a major motion picture), which is bad news for the land of Termina. Young Link has 72 hours to stop the destruction of the world, and the whole game runs on a time limit. Fortunately, Link has a variety of magical masks to transform him so he can use new abilities, and he also has the ability to reset time when three days isn’t enough to stop the moon from falling. The Nintendo Switch Online release date trailer for The Legend of Zelda: Majora’s Mask provides a nostalgic overview.

It’s important to reiterate that Majora’s Mask will only be available to those who subscribe to the Expansion Pack tier of Nintendo Switch Online, which costs substantially more. Expansion Pack provides access to a growing library of Nintendo 64 and Sega Genesis games, plus access to Animal Crossing: New Horizons DLC and, eventually, access to substantial new Mario Kart 8 Deluxe DLC.