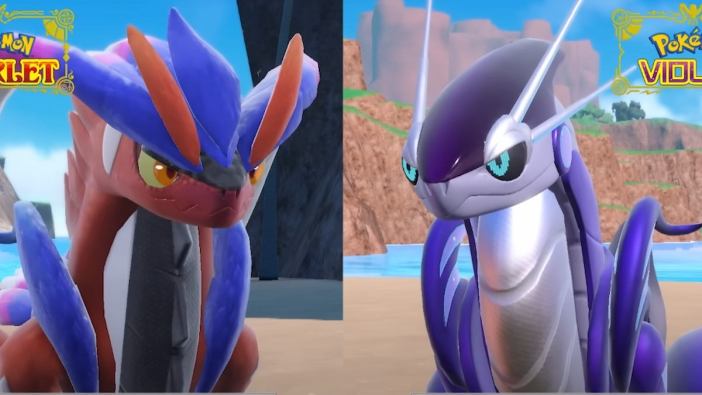 Welcome to the world of Pokémon Scarlet and Violet, where Dragon-Type Pokémon reign supreme! These powerful creatures are scattered across the region and come in all shapes and sizes. This article will examine some of the best Dragon-type Pokémon in the game. You’re sure to find some awe-inspiring creatures, from legendary titans to monstrous beasts. So without further ado, here are the 10 Best Dragon-Type Pokémon in Scarlet and Violet! 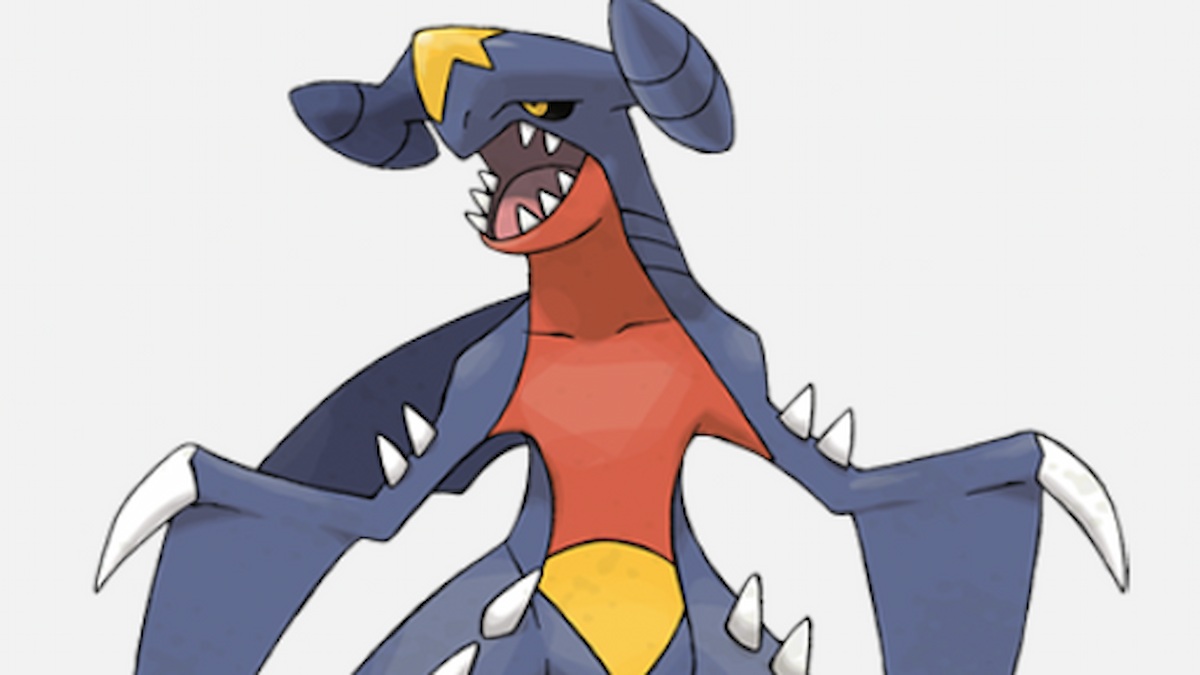 Garchomp is a fan-favorite Pokémon from the fourth generation of the series, appearing in both its original form and an even more powerful Mega Evolution form. It is a dual-type Dragon/Ground Pokémon, and its base stats are incredibly high.

Its signature move is “Dragon Rush,” a potent attack that can knock out most foes in one hit. Its agility and power make it one of the most dangerous foes in any trainer’s arsenal. It can be found at the Great Crater of Paldea and is a formidable challenge for any trainer who chooses to confront it. Hydreigon is a Dark/Dragon-type Pokémon that first appeared in the fifth generation of the Pokémon franchise. It has two heads and a third eye in the center of its forehead. In addition, each head features a horn, blue eyes, and a jaw filled with sharp teeth.

Hydreigon is a powerful Pokémon, capable of unleashing devastating attacks such as Dark Pulse, Dragon Pulse, and Focus Blast. It can also learn Draco Meteor, a powerful Dragon-type attack that can easily take down an opponent’s Pokémon. That makes it one of the best Dragon-type Pokémon in Scarlet and Violet. Noivern is a Dragon/Flying-type Pokémon first introduced in the sixth generation of games. It has large eyes and ears, a bat-like shape, and its wings and ears can detect prey from afar. It can also use ultrasonic waves to confuse enemies.

Noivern is an incredibly agile Pokémon and can fly up sheer cliffs or deep into dark caves. It uses its keen hearing to pick up on the sound waves of their prey and can even use its tail to detect approaching danger. 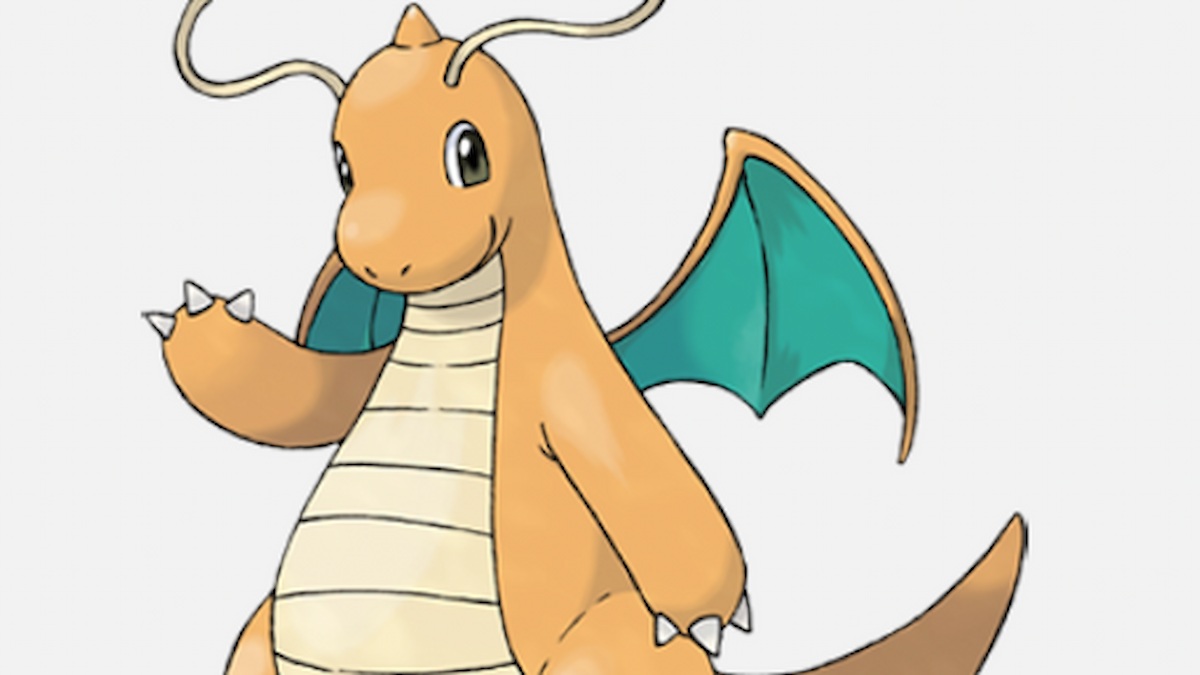 Dragonite is a dual-type Dragon/Flying Pokémon introduced in Generation I. It has a large orange body, green wings, and a long fat tail. In addition, it has a long horn and two worm-like antennae on its head. Dragonite is known to be exceptionally powerful, possessing a high level of endurance and strength, allowing it to fly long distances with little effort.

It is also capable of learning powerful Dragon-type moves, making it a formidable opponent in battle. Dragonite can fly faster than the speed of sound and is one of the few Pokémon capable of using the Hyper Beam. 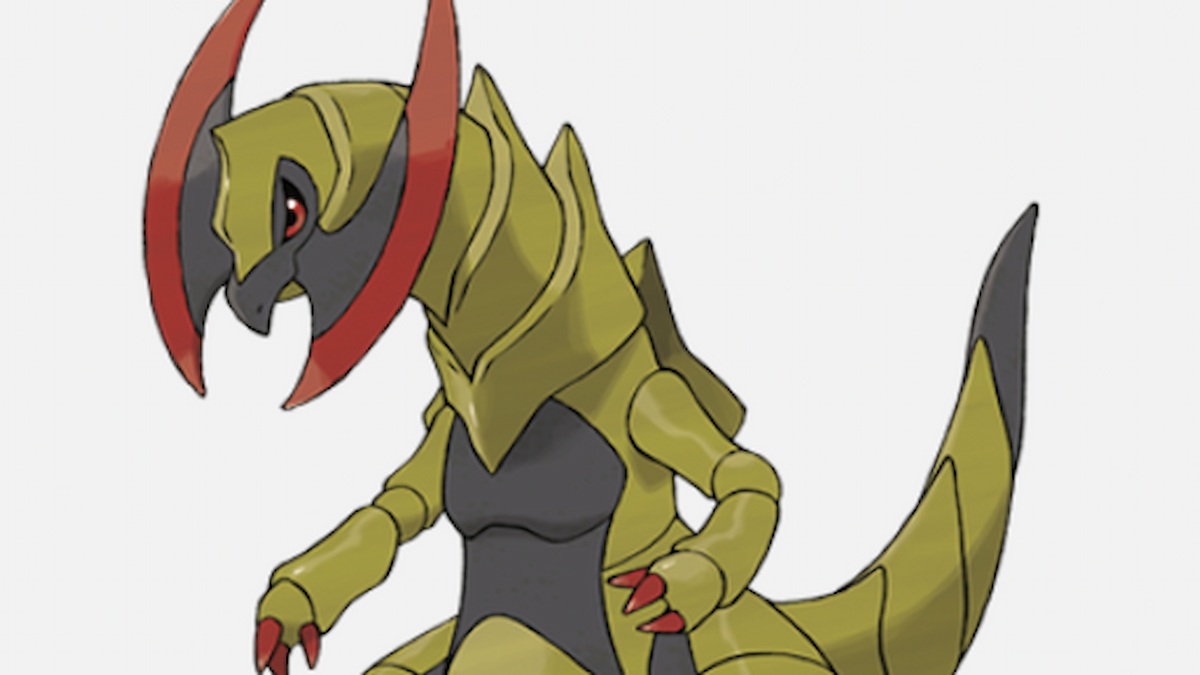 Haxorus is a powerful Dragon-type Pokémon from the Unova region. It evolves from Fraxure and is notable for its impressive attack power and intimidating looks. Its body is covered in a thick armor-like hide, while its two large tusks can attack opponents or shatter rocks.

Its jaws are powerful enough to snap a metal pole in two. Its move, Dragon Dance, increases its speed and power, allowing it to keep up with even the fastest opponents. 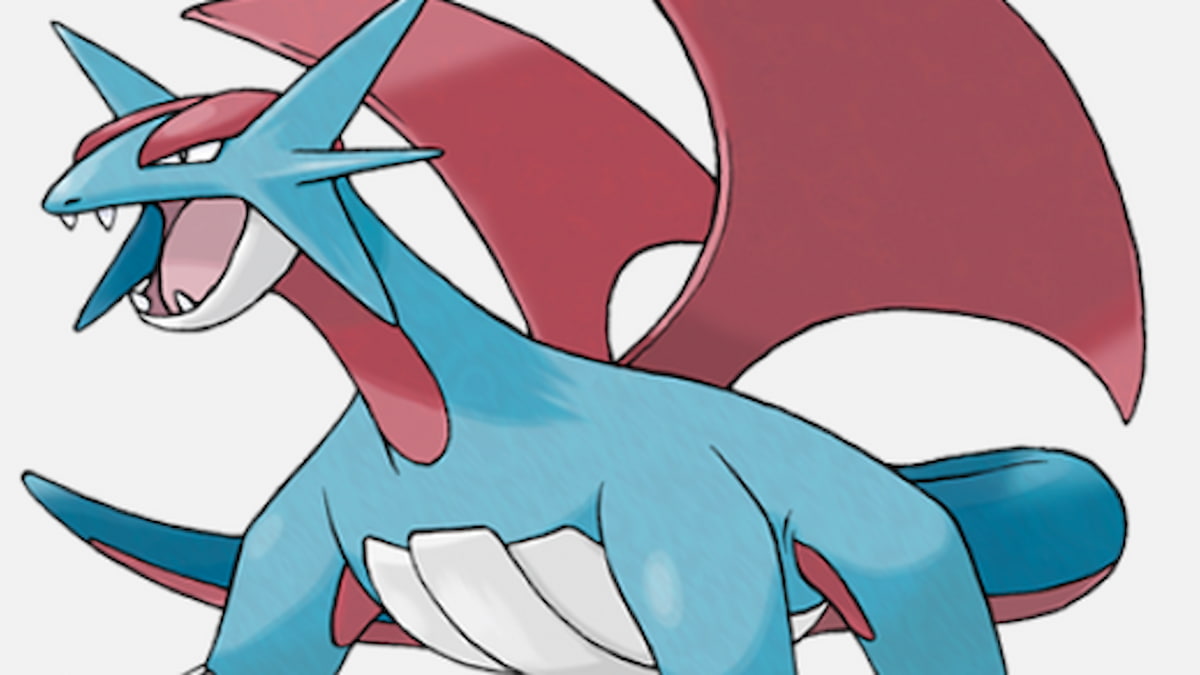 Salamence is a Dragon-type Pokémon that was first introduced in the third generation of the Pokémon games. It evolved from Shelgon and is the final form of Bagon. Salamence is a large, winged creature with draconic features, including six horns and a tail.

It has a powerful jaw lined with two pairs of sharp teeth and menacing eyes. It is rare, having been seen in only a few places across the world. However, its power and ferocity make it a fearsome opponent in battle, and its ability to fly makes it challenging to approach. 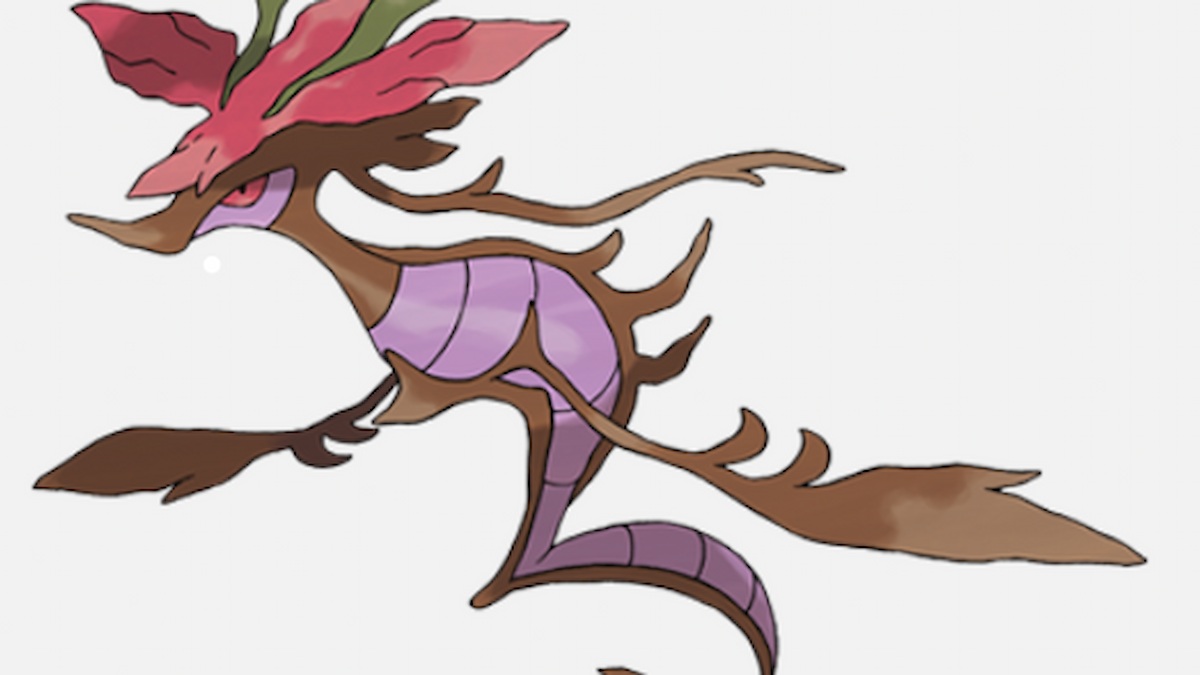 Dragalge’s long body is covered in black or deep purple with a purple or blue belly. It can use a variety of moves, including Dragon Tail and Poison Jab. In addition, it can learn Sludge Wave, which has a chance of poisoning opponents. It can be found in the wild or bred from Skrelp and Clauncher. 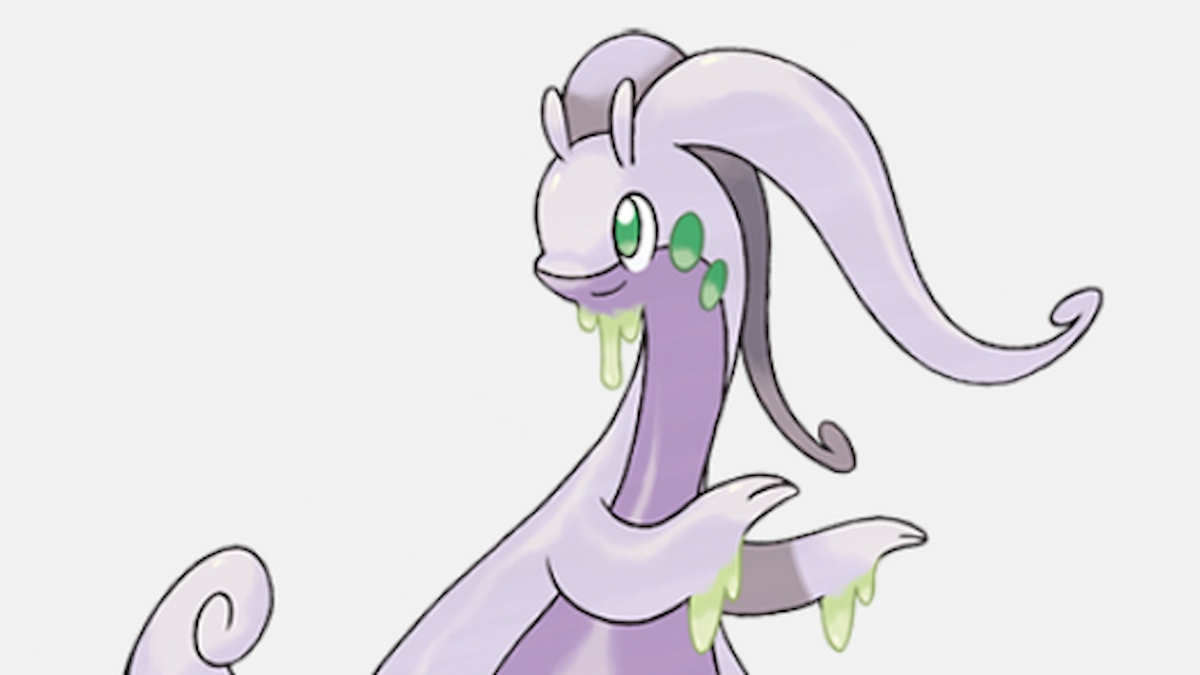 Goodra is a Dragon-type Pokémon introduced in Generation VI of the Pokémon series. It has a unique body structure composed of a thin outer membrane and a thick layer of fat.

This dual structure gives Goodra considerable defensive capabilities. Its horns and claws can perform powerful attacks, while its slimy body makes blows slide right off. In addition, it is said to be able to rain down gooey material from its horns, which it uses to protect the forests in which it lives. 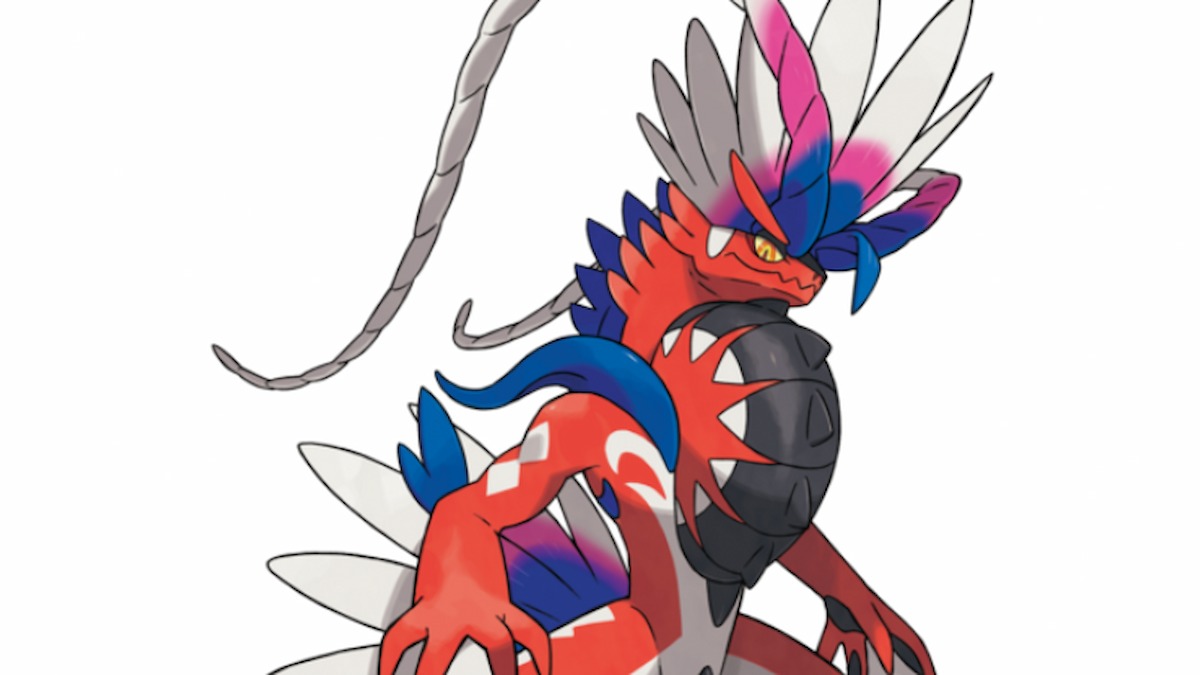 Koraidon is a Fighting/Dragon-type Legendary Pokémon. It has an intimidating, reptilian appearance, with white accents on its cheeks and tail. Its head features long curved antennae, while its head and lower back have plumes.

It has yellow eyes with brown pupils, webbed feet, blue feathered elbows, and blue frills flowing down its neck. A giant circular protrusion on its chest resembles a rubber tire. Koraidon, also referred to as the “Winged King,” is a Paradox Pokémon. 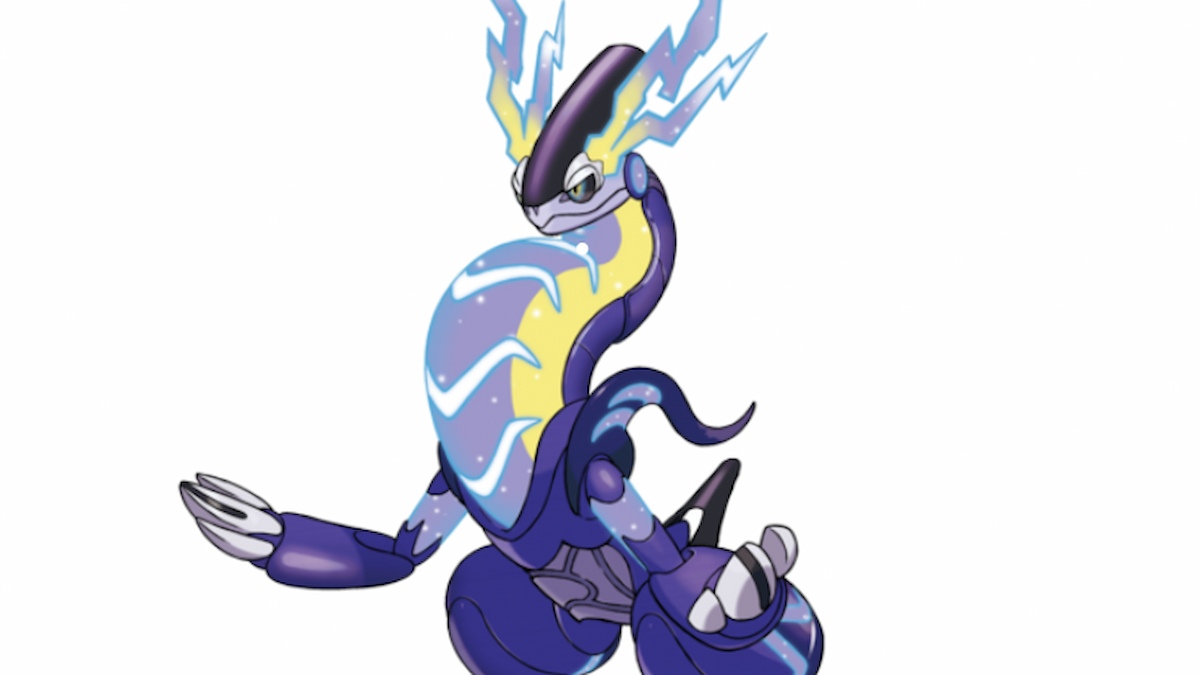 Miraidon is a dual-type Electric/Dragon Legendary. It has a long, serpent-like body that is blue and white. Miraidon focuses on special attacks; it amplifies its attacks with the ability of Hadron Engine. This increases its special attack by 30% and summons Electric Terrain.

Electric Terrain increases Electric-type attacks by 30% more, making it one of the most powerful Pokémon in Scarlet and Violet. Furthermore, because electric types only have one weakness, Ground, Miraidon does not have many weaknesses compared to other dual-type Pokémon.

Those are the best Dragon-type Pokémon in Scarlet and Violet!

For more information and guides on Pokémon Scarlet and Violet, check out how to find each version of Paldean Tauros. 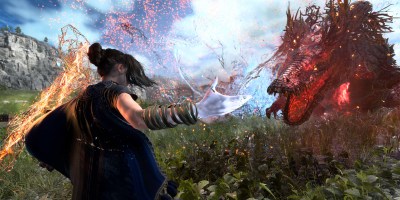 What Is the Meaning of Forspoken? 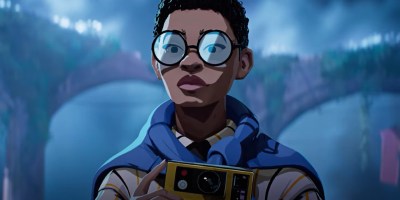 Season: A Letter to the Future Trailer Is a Mesmerizingly Beautiful Journey Toward Doom 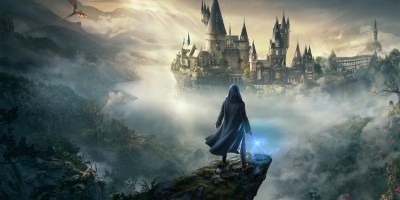