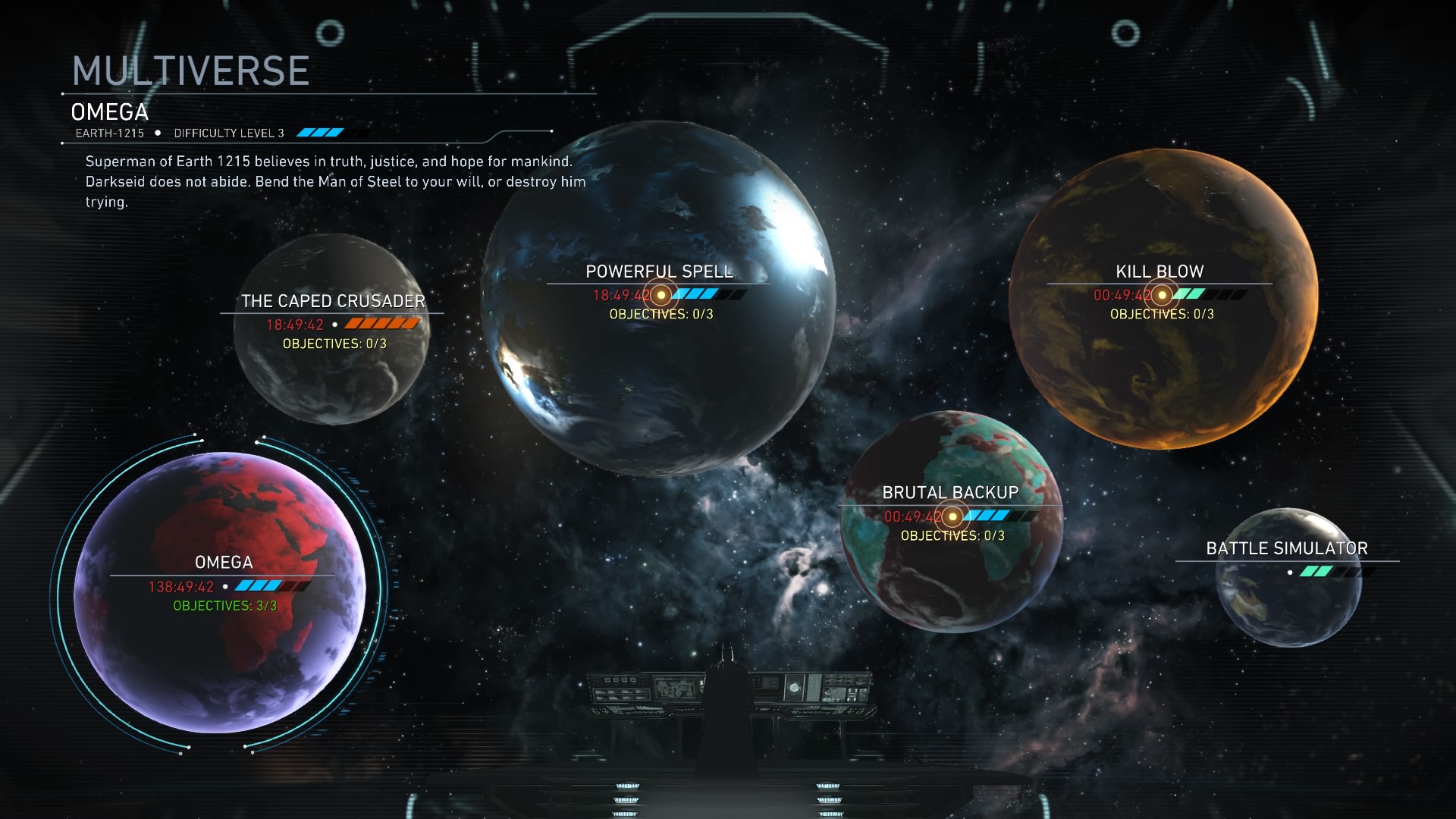 New to Injustice 2 the Multiverse is a massive, endless mode that’s tough to grasp right from the start. Here, we’ll break down everything you need to know.

The Multiverse is so big, it basically takes over everything in Injustice 2. The Multiverse is where you’ll earn all that sweep in-game currency, how you’ll unlock new gear and loot boxes, and how you’ll gain levels, join guilds, and change costumes.

It’s tough to figure out, right from the start. I’ve been fighting heroes (and villains) in the Multiverse for about 10 hours, and here’s everything you probably need to know before diving straight into the game.

Before even entering the Multiverse, you’ll want to check the text bar to the right on the main menu. Every day, you’ll see a tracker with at least 3 Daily Challenges. These range from connecting throws, to using sweeps, to participating in online matches or playing as certain characters.

They’re often super basic, and super easy to complete if you don’t forget they exist. Keep these in mind when selecting which Multiverse tower you want to complete.

#2: Arcade Mode Is Hidden In The Battle Simulator

Okay, time to enter the Multiverse proper. There’s a time limit on each world, with multiple towers on each world representing ladders of opponents you’ll need to defeat. The better you do in a fight, the more rewards you’ll get. That’s obvious, but what isn’t so obvious is the “Arcade Mode” — you know, the standard series of fights to get a little ending scene?

That still exists in Injustice 2. In the bottom-right corner, there’s a planet called “Battle Simulator” — that’s the arcade mode. You can select your difficulty, and completing it will earn you an ending for each character.

The first time, you’ll even earn a few regen tokens. We’ll talk about those later! 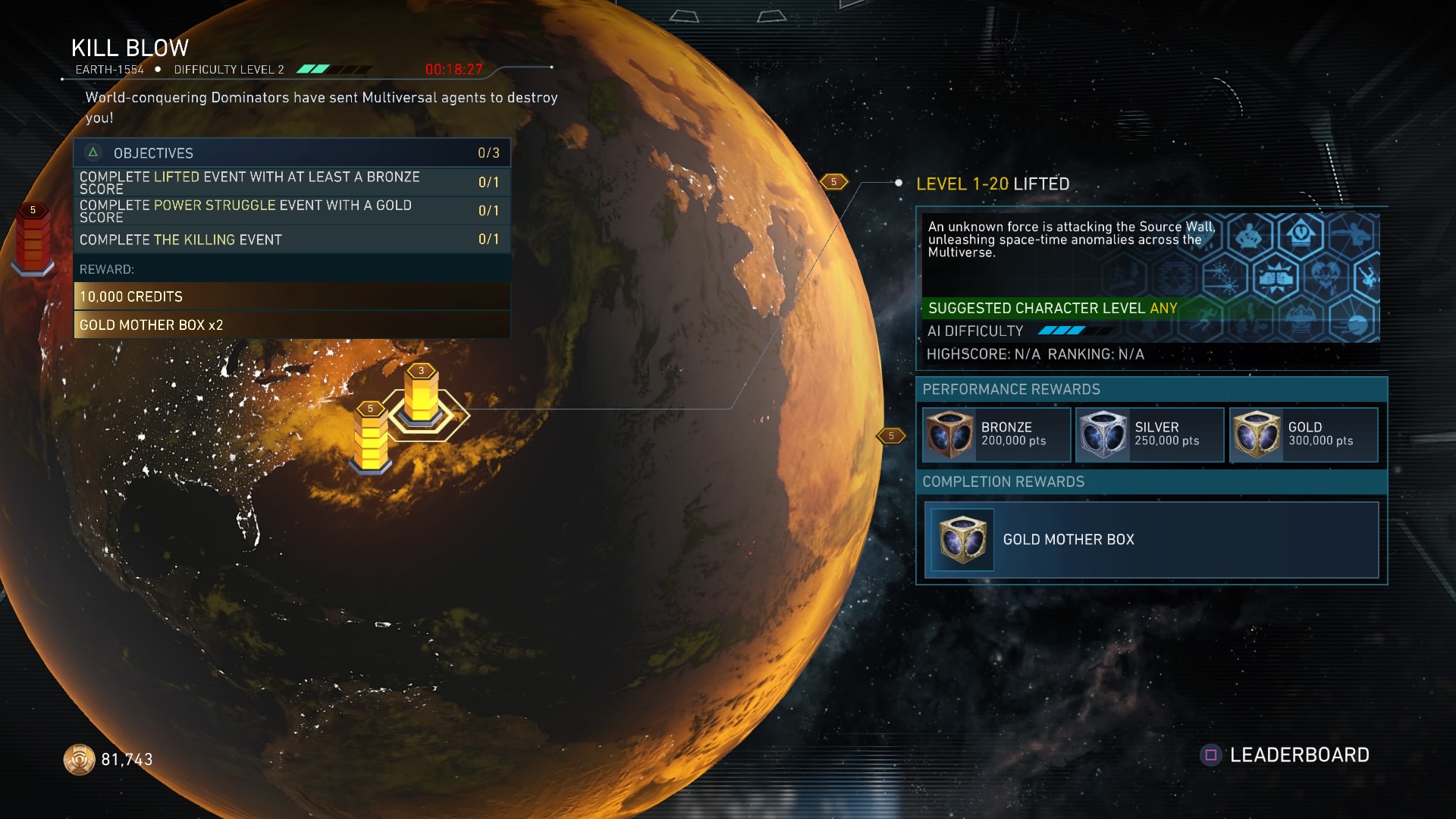 Look for the AI difficulty pips on each world to see how tough the challenge is going to be. Unfortunately, that’s not the only factor keeping you out of certain challenges — you’ll also have to take character level into account.

Some challenges feature opponents with a set level. You can still participate in these events with a below-level character, but it will be much more challenging.

For completing events with high scores, you’ll usually (always) get Mother Boxes. These are, basically, Loot Crates — opening them will randomly reward you with gear items, abilities, or color schemes.

The higher quality the Mother Box, the more items you’ll get, and the higher chance you’ll get Epic gear. You can also purchase new Mother Boxes using in-game currency in the Brother Eye Vault. Just remember, you can only purchase up to Gold — Platinum and Diamond boxes have to be earned. 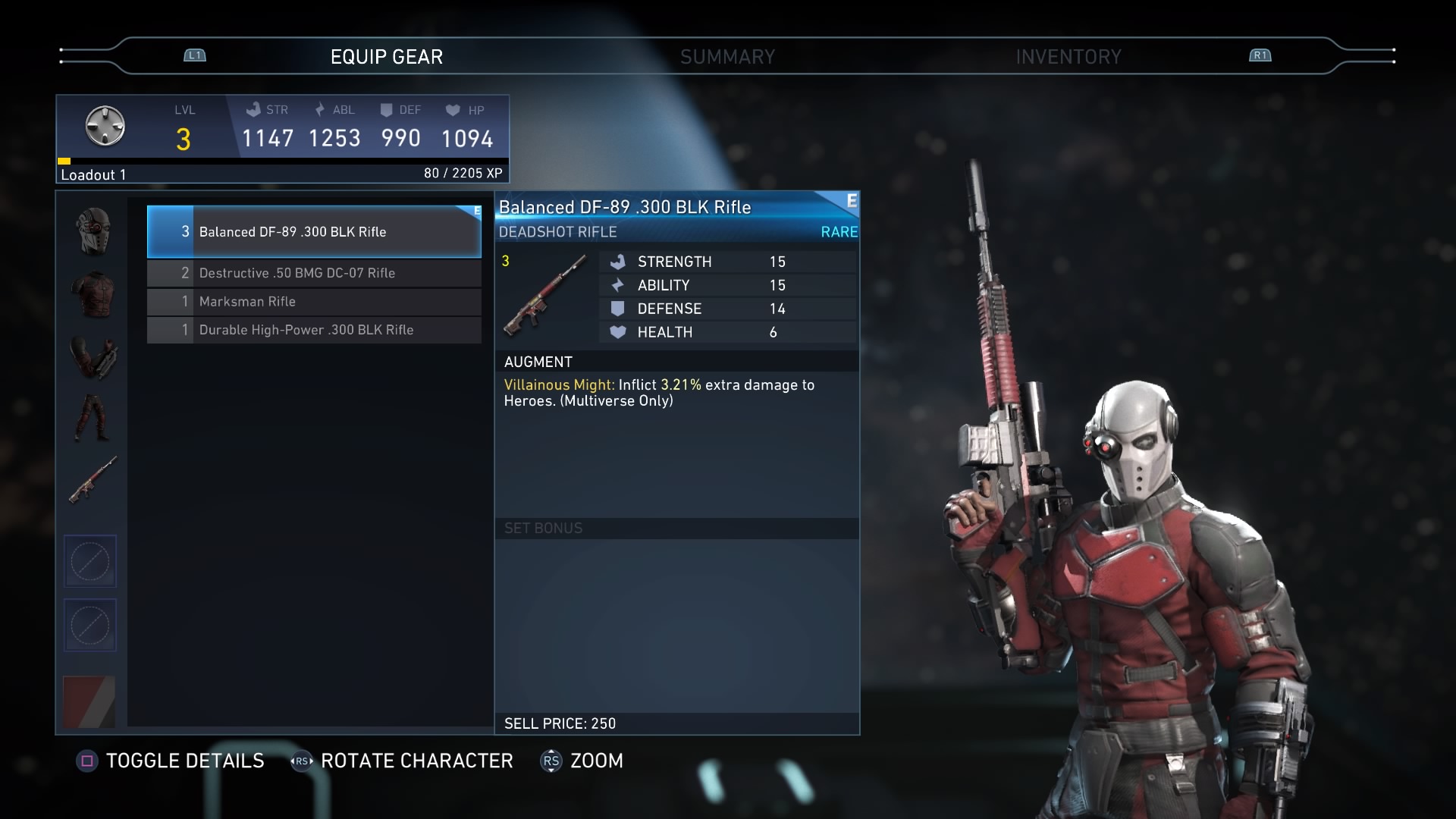 Equipping and customizing doesn’t just make your character look cooler. The right gear will improve your stats, and lots of gear doesn’t unlock while you’re climbing the ladder.

If you earn a piece of gear while on an event, you’ll have the option to equip it on the spot. Unfortunately, that isn’t the case outside of the Multiverse — you’ll need to visit the “Customize Characters” screen.

Equip all your best gear, and open fresh Mother Boxes in the Brother Eye Vault before attempting to complete those tricky events in the Multiverse. The better your gear, the easier fights will be.

The toughest fights require the right gear, and the best gear is Epic. Check the events and see which will reward you with epic gear. Every day, there are new events, new worlds, and new challenges to complete. The weekly challenges tend to be beatable by anyone, but many daily events can only be completed once you gain enough levels.

Thankfully, with the right epic gear, you can actually take part in any battle you want. 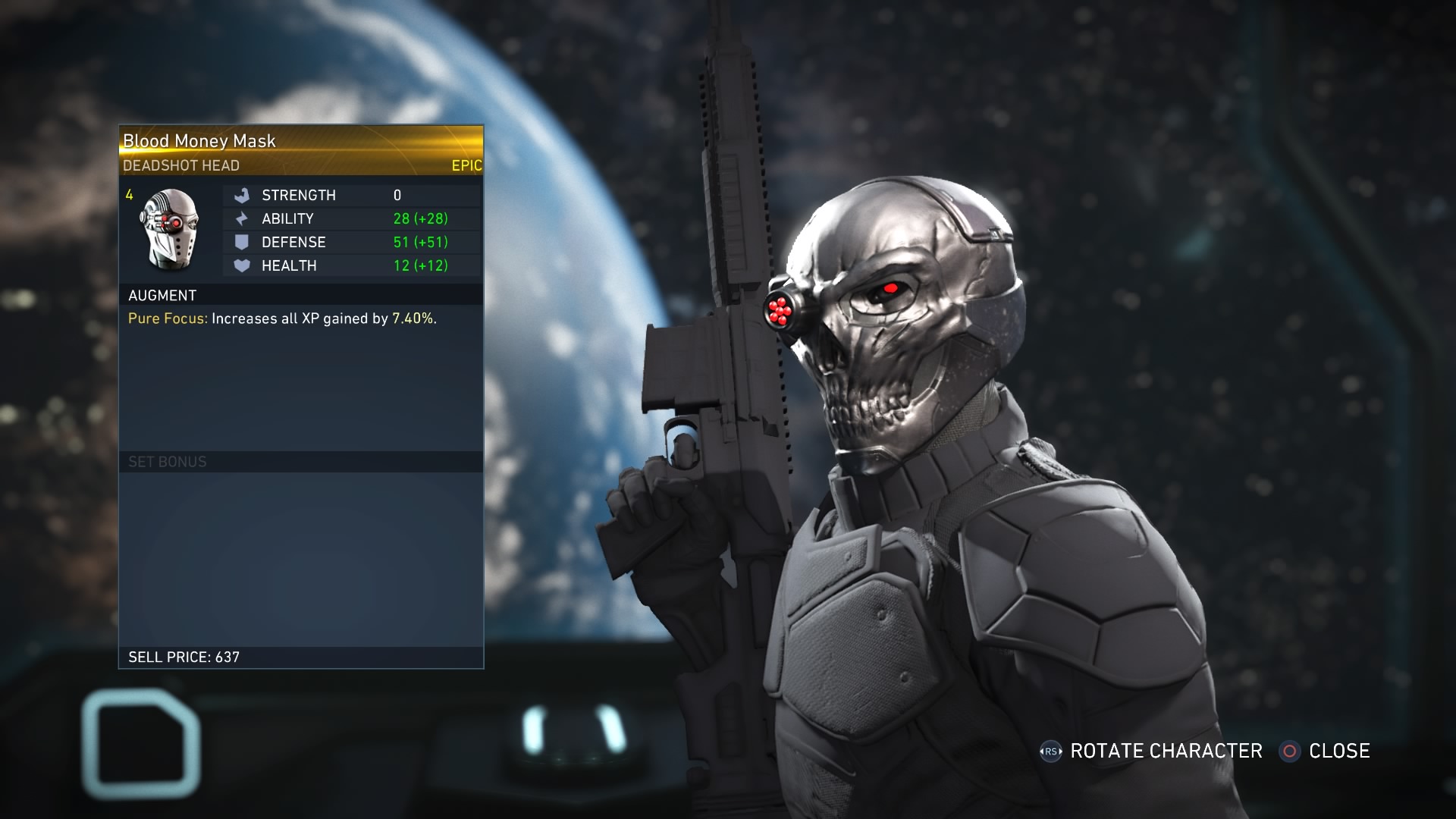 #7: Aim For Epic Gear Sets For Even Better Augments

Just don’t sell the pieces you do find. You can always use regen tokens to make them match your current level.

#8: Like Your Old Gear? Want To Make It Better? Regenerate!

Like the previous tips says, regen tokens are a powerful item you should always look out for in the Multiverse. These little consumables allow you to take any piece of gear and reroll the stats, while also raising the level.

That way, you can keep your favorite gear even after you’ve out-leveled it. There are plenty of ways to earn free regen tokens, but they’re not exactly plentiful. You’ll find them commonly as event rewards — especially for events you’ve already completed. Check back often to see if it’s worth replaying an event to get a bonus token. 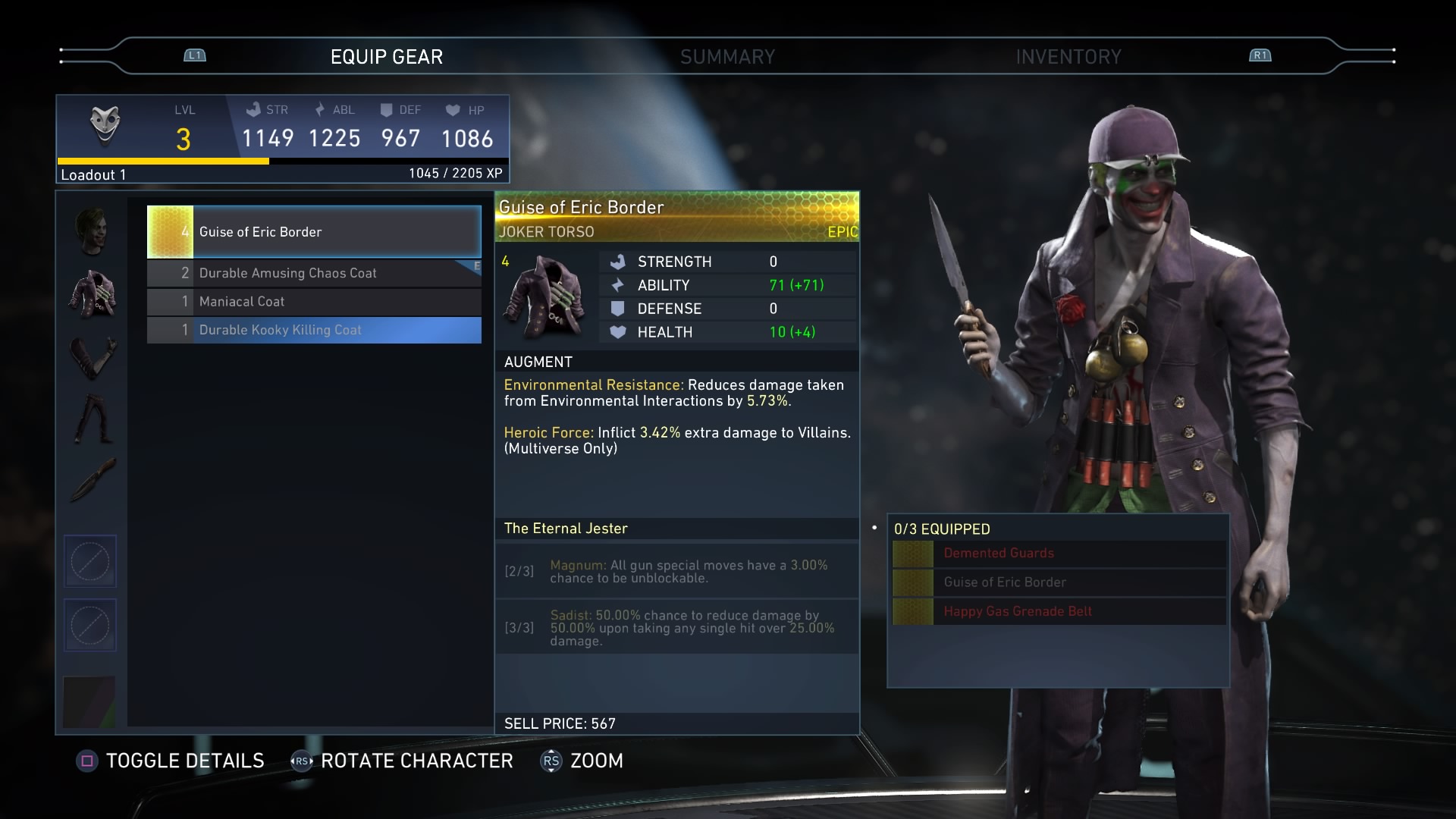 #9: Transform the Look Of Your Gear

The Regenerate Gear option is available in the Brother Eye Vault. Along with it, you’ll also find the Transform Gear option. That allows you to take one piece of gear and change the appearance to a different piece of gear.

If you’re not a fan of the look of your high-level gear pieces, you can change them to look like any other piece of gear you have unlocked in the vault. Very handy if you want to coordinate your character’s costume.

Transforming gear costs Source Crystals, which you might not have in plentiful supply. Choose carefully — one transform costs 2,000 source crystals.

Objectives give you the best chance at Platinum Mother Boxes and other astounding goodies. Press [Triangle / Y] when examining a Multiverse world to see the objectives. Usually these are pretty tough, and require that you complete all the events on a particular world.

That isn’t always possible. Often, you’ll need a specific character to be level 15-20 to successfully complete an entire Multiverse world’s objectives. Always check all the events before starting those objective — usually the first few are easy, and the final one is impossible. 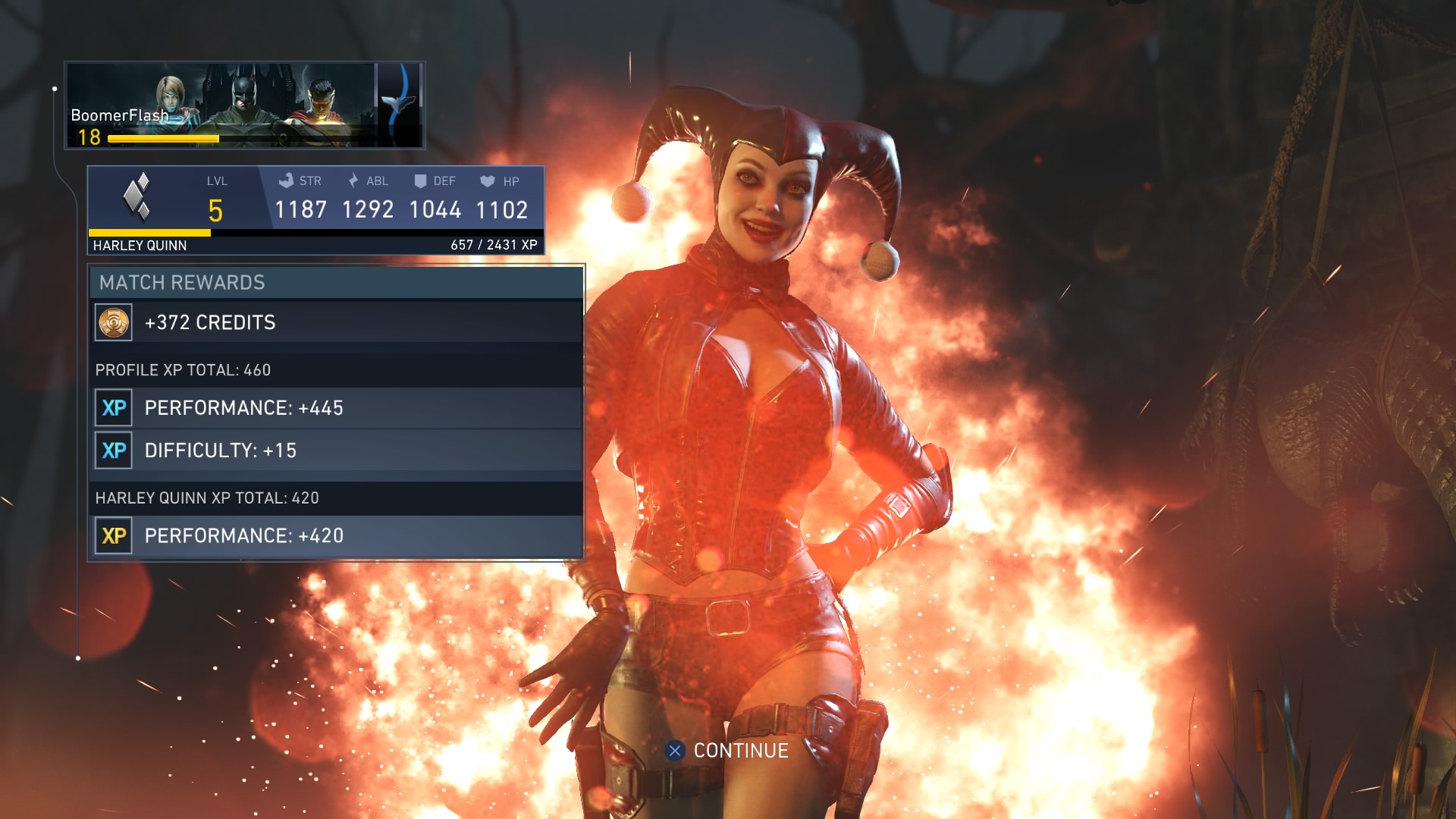 #11: Meta Challenges Will Boost Your Credits

When looking at event ladders, you’ll see a few of the “battles” in the stack are flashing white. That signifies that those battles will have a special meta challenge.

Meta challenges are just mini-challenges you can complete for small credit rewards. Land 7 sweeps, hit 8 uppercuts, or use 12 crouched attacks — stuff like that. You’ll always see a small tracker at the bottom of the screen.

Want free stuff but don’t want to do anything at all? Join a guild! Select the guild option and join one of the promoted guilds — every week, you’ll have daily / weekly challenges.

Just for being in the guild, you’ll earn and unlock free guild-specific Mother Box rewards. It’s best to join an active guild, one that doesn’t mind players that don’t do much to help out.

Of course, you can also totally help out. Go to the guild menu to see the challenges you can help with, or enter the guild-specific Multiverse event. Doing these events will also earn you guild credits — which are a separate currency used to unlock guild Mother Boxes. 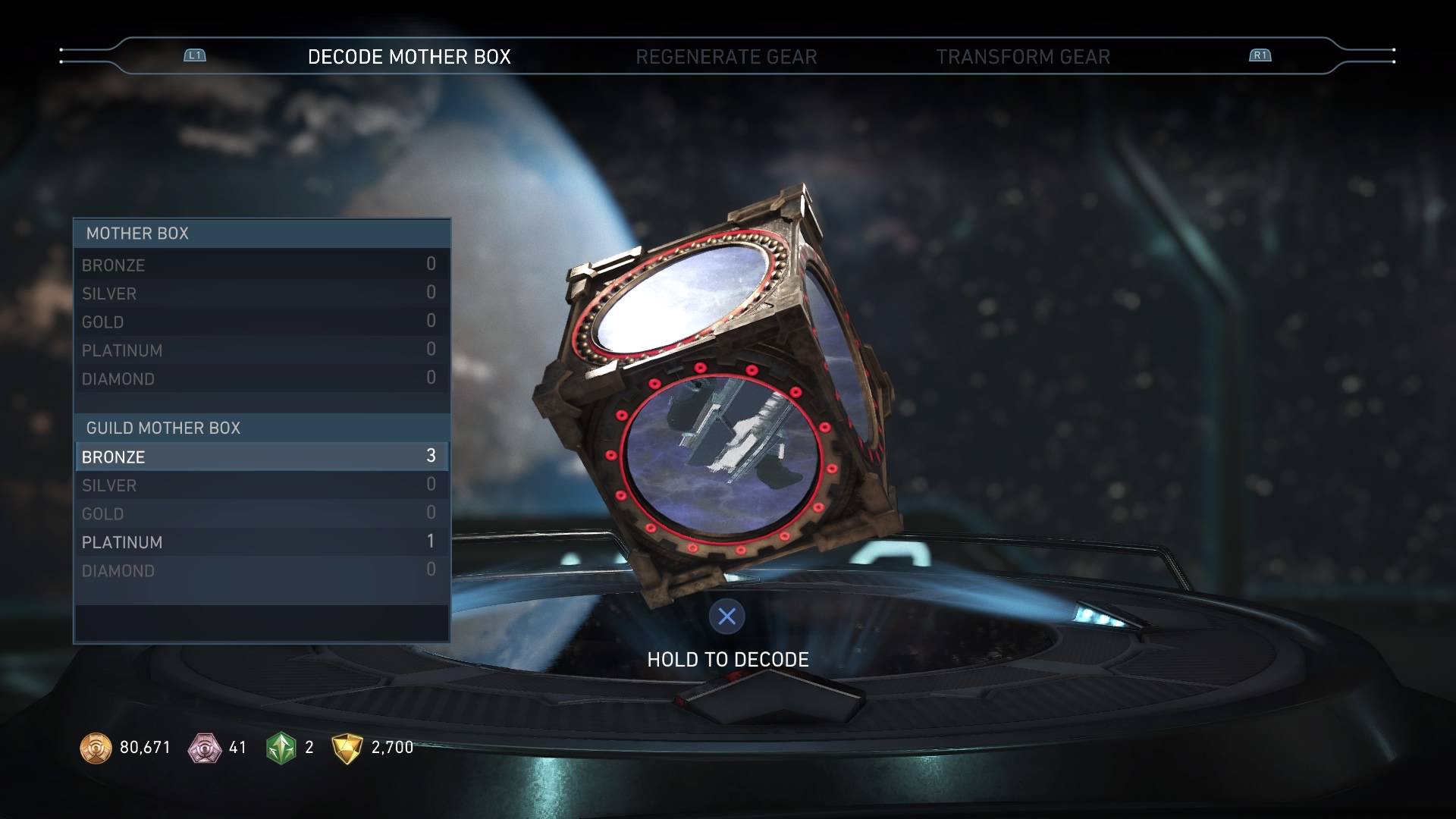 Eventually, after you’ve opened countless Mother Boxes, you’ll get a lot of extra gear you really don’t want, for character you’ll never play as. Most of the items aren’t going to help you, and maybe you need some of that sweet in-game currency for more loot box rolls.

If you’re up to your eyeballs in worthless loot, you can sell! The actual menu is actually a little tricky to find. To sell, go to the Character Customization menu, then scroll to the inventory tab.

On the inventory tab, you can finally sell the stuff you don’t want. Press [Triangle / Y] to mark items for sale. That’s all it takes.