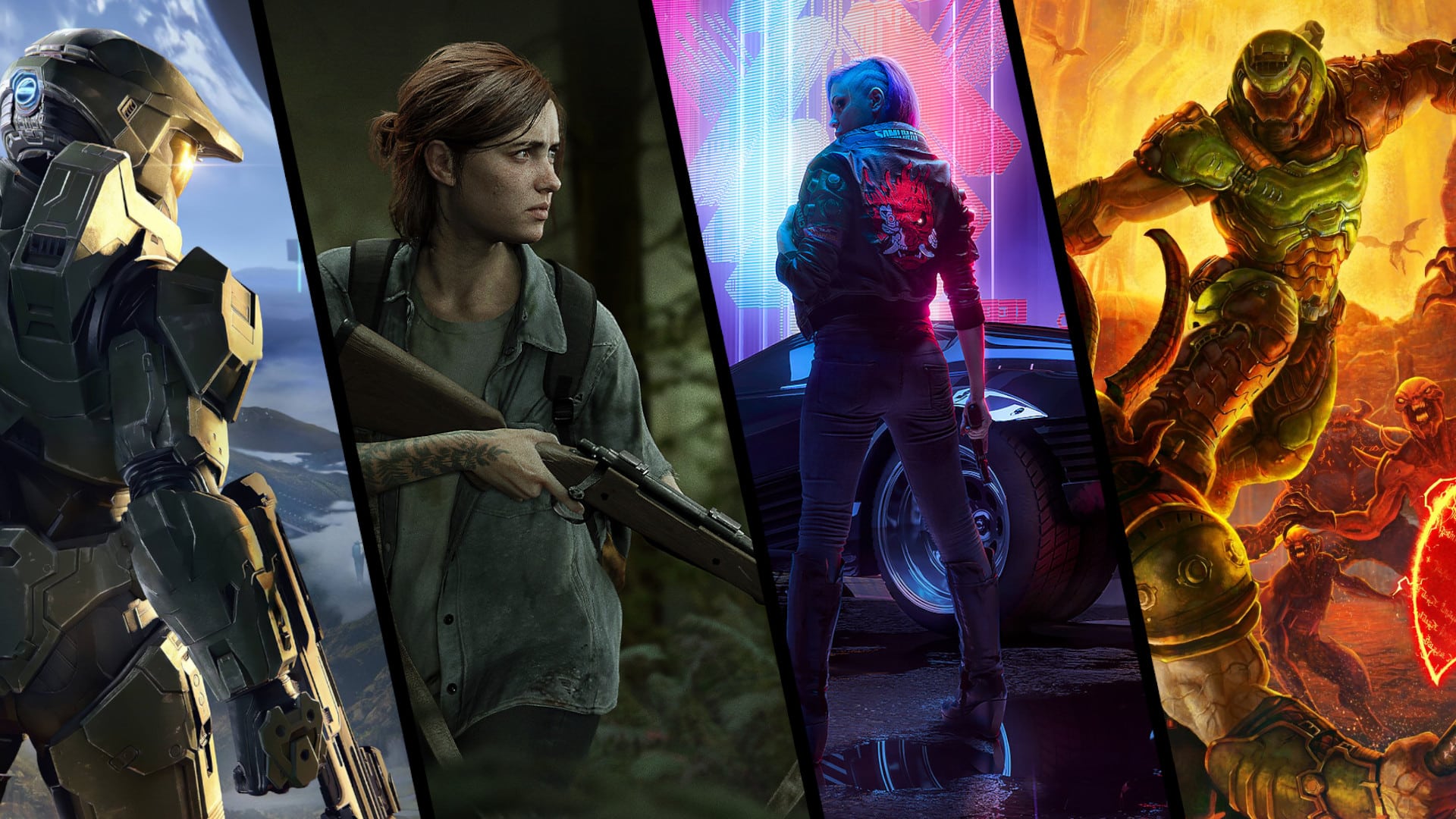 It’s said almost every year: “This year is looking to be one of the best one for games ever!” The prospects of each new year are analyzed and stock is taken on what can be expected from console manufacturers and publishers. While some deliver in spades — 2018 was a killer year for the industry — others often tend to be notable but not necessarily “huge.” That’s all about to change this year. With a string of high-profile tent pole game releases, the growth of cloud gaming, and the beginning of an all-new console generation, 2020 is set to be pretty explosive.

For starters, Final Fantasy VII Remake arrives in March. It’s not the entire game, but fans are actually getting the full-scale remake they’ve dreamed about for decades. Receiving even a piece of this remake is a huge deal.

Then Cyberpunk 2077, first announced back in 2012, releases on April 16. Anticipation is through the roof for CD Projekt Red’s new epic action RPG. Each trailer, gameplay demo, and piece of media cements the notion that we’re in for an incredibly detailed world to explore. CD Projekt Red has proven itself to be a studio that has its finger on the pulse of what many core gamers desire: narrative-driven action adventure games focused on delivering high-quality stories. What’s more, the developer is still riding high on the goodwill built from The Witcher 3, which recently received renewed interest thanks to a Netflix series.

The big hitters don’t stop there by any means. Doom Eternal and Resident Evil 3, scheduled for March and April respectively, are both expected to do extremely well critically and financially. Resident Evil 3 launching just over a year after Resident Evil 2 in particular comes across as ambitious and exciting (especially since Resident Evil: Resistance is included). Capcom has been on fire lately, and if Resident Evil 3‘s announcement trailer is anything to go by, we’re in for another great time.

Perhaps most shocking of all games releasing this year is Half-Life: Alyx. Many Half-Life fans had all but given up on ever getting another entry in the franchise, with Valve showing much more interest in its position as a platform (Steam) than narrative-driven games. While Alyx is admittedly VR-only, that doesn’t take away from the fact that we’re getting a new Half-Life experience — one that’s long, suggests high quality with its trailer, and dishes out more story surrounding Half-Life 2 and potentially beyond.

When looking to the console manufacturers, we see a ton of movement. Microsoft has been incredibly busy as of late, heavily pushing Game Pass, laying the ground work for xCloud, and setting the stage for the next generation with Xbox Series X.

Xbox Game Studios appears to finally be picking up steam this year with first-party titles releasing almost every month. Ori and the Will of the Wisps and Bleeding Edge are two to watch for in March. Gears Tactics and Minecraft Dungeons will definitely have their share of players in April, and games like Grounded, Wasteland 3, Tell Me Why, Battletoads, Psychonauts 2, and Flight Simulator round out the list.

The biggest elephant in the room is of course the recently revealed Xbox Series X. Xbox easily stole the show at The Game Awards with its announcement. Touted as a very powerful and dedicated gaming machine, the Series X is Microsoft throwing its full weight behind console gaming. We have yet to learn details on launch date, price, and the full extent of its hardware innards, but gamers have shown they’re definitely hungry for it.

A new console launch is a big deal. It’s the culmination of years of research and development, and Microsoft is smart to release a game many have been eagerly anticipating for years right alongside it: Halo Infinite. Not only is this subconsciously symbolic — Halo was a launch title for the original Xbox — it’s a calculated move, and one Microsoft hopes will push Xbox Series X units into living rooms this holiday. If 343 delivers a home run, it will be a system seller.

Microsoft is also gearing to finally launch Project xCloud into the public domain. The company’s push into cloud gaming isn’t hard to see. The preview program has been regarded as a success to a majority of players, and its rollout signifies a potential turning point for many gamers worldwide. It’s going to be a massive year for Xbox.

Nintendo is more of a wild card at this point. We don’t know much beyond releases like Pokémon Mystery Dungeon: Rescue Team DX and Animal Crossing: New Horizons, both slated for March, and Grasshopper’s No More Heroes III. But you can be sure that a company like Nintendo has some cards up its sleeve. Nintendo Directs are always on the horizon, often holding surprises that seem to pop up out of nowhere.

Will the sequel to The Legend of Zelda: Breath of the Wild actually launch this year? Will we finally see Bayonetta 3 in our hands? Can we expect to hear more about Metroid Prime 4? These are all possibilities, just like a rumored new revision of the Nintendo Switch itself. The handheld-console hybrid has continued to ride a wave of momentum since its launch almost three years ago, and I have no doubt the company will continue that trend this year.

Sony’s 2020 on the other hand is fairly transparent relatively speaking, and it’s looking like it will be a monster. A slew of first-party games and exclusives are set to release on PlayStation 4 this year. In development for the entire generation, Dreams is finally set to release on Feb. 14. Players have created some absolutely stunning works of art, not to mention actual functional games. It’s an incredibly unique and ambitious project and could possibly open up something entirely new for game creators and gamers alike.

Nioh 2, Yakuza: Like a Dragon, and Iron Man VR are marquee exclusive titles to keep an eye on as well. Ghost of Tsushima, Sucker Punch’s all-new open-world action adventure IP, will also be released at last later this summer. Expectations for the developer are high after the long gap since 2014’s inFamous Second Son and its expansion, First Light. Demo footage and trailers have continued to tick all the right boxes, and PlayStation fans definitely love what they see.

But it’s The Last of Us: Part II, arguably one of the most anticipated titles in recent memory, that has PS4 owners foaming at the mouth. Naughty Dog can seemingly do no wrong at this point, and thanks to the highly lauded Uncharted series and The Last of Us, people are just dying to get their hands on the game. It’s right behind Cyberpunk 2077 as the game I’m most looking forward to this year. Sony’s focus on highly focused narrative-driven games is continuing full steam ahead, and if Uncharted 4, God of War, Horizon Zero Dawn, and Spider-Man are anything to go by, we might even see the best-selling first-party SIE title on PS4 to date.

All of that alone makes for a busy year for the company, but it’s also throwing its hat into the next-gen ring with the PlayStation 5. With over 106 million PlayStation 4 systems sold to date, it’s not a stretch to say that many gamers will be excited as all hell to grab the next PlayStation. We still haven’t seen the physical console itself, let alone details on price and launch date, but we know it’s coming this holiday.

Like every PlayStation before it, the PS5 launch will be massive. Expect a heavy marketing campaign and a wide range of launch titles big and small. Thanks to Gearbox Software and developer Counterplay Games, we already know of one launch game. Announced at last year’s Game Awards, Godfall is a new “looter-slasher” that’s set to release alongside the new console.

Even with everything said so far, we still haven’t taken into account several other big third-party releases like Watch Dogs: Legion, Dying Light 2, and Marvel’s Avengers. There are bound to be a bunch of unannounced titles ready to go too. Will Warner Bros. Montreal’s new Batman game, frustratingly teased with logo after logo for the past four months, finally see the light of day? Will the long rumored Viking-inspired Assassin’s Creed become a launch title for next-gen consoles? What’s Bluepoint Games’ PS5 game going to be? Could a sequel to Horizon Zero Dawn theoretically be ready as a launch title? We’ll almost certainly see Forza Motorsport 8 for Xbox Series X.

With everything we know so far, it’s easy to see just how big this year’s bound to be. Indeed, people do say every year in games is “huge,” “massive,” or “epic”! But hey, when we actually stop to look at everything that’s coming — this time, it actually does look that way.