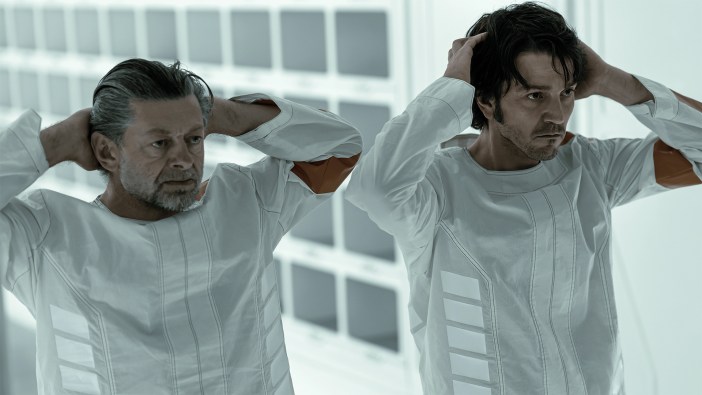 This discussion and review contains spoilers for Andor episode 10, “One Way Out.”

“One Way Out” is built around its title, the idea that there is only “one way out” of the prisons in which the characters find themselves: together.

“One Way Out” hearkens back to “The Eye,” the culmination of the show’s second big arc, which focused on the daring raid on the Aldhani garrison. “The Eye” was built, narratively and thematically, around the idea of ascent. The word “climb” reverberated through that episode, from the Aldhani pilgrims making their ascent into the mountains through Cassian Andor’s (Diego Luna) flight in the escape ship into the stellar event taking place over the valley.

“One Way Out” is the culmination of the season’s third big narrative arc, and it fittingly returns to that idea of ascent. “Climb!” Kino Loy (Andy Serkis) commands the inmates in revolt. “Climb!” Melshi (Duncan Pow) urges the workers on a nearby assembly line in the midst of the riot. “Use whatever you can!” In his speech over the hijacked intercom, Loy urges, “Get out of your cells, take charge, and start climbing.” He stresses, “You need to run, climb, kill!”

The big difference between the raid in “The Eye” and the prison break in “One Way Out” is that both Andor and Loy understand that this has to be a collective action. It cannot be rugged and individualist. “You need to help each other,” Loy orders the inmates over the facility speakers. “You see someone who’s confused, someone who’s lost? You get them moving and you keep them moving until we put this place behind us.” Nobody gets anywhere alone.

Rebellion needs to be organized. It needs to spread. It needs to be communicated. Andor’s serialized-but-arc-based structure allows the show to explore how ideas grow and develop as much as characters. Ideas spread and grow. Karis Nemik (Alex Lawther) understood this as he drafted his manifesto in “The Axe Remembers.” Supervisor Dedra Meero (Denise Gough) understood this in recognizing the Aldhani raid as the eponymous “Announcement.” 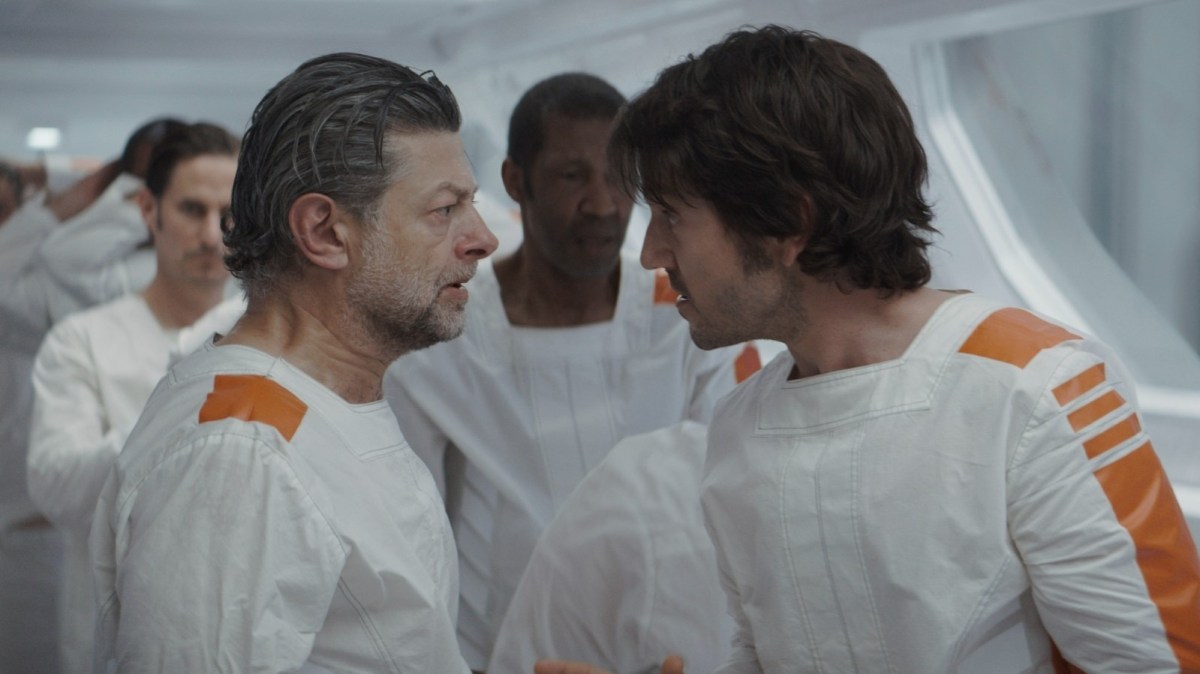 There is a lot of repeated dialogue in “One Way Out,” beyond the return of “climb” as a thematic motif. Andor assures Loy, “I’d rather die trying to take them down than die giving them what they want.” This is a riff on Luthen Rael’s (Stellan Skarsgård) argument from “Aldhani,” “You’ll ultimately die fighting these bastards. So what I’m asking you is this: Wouldn’t you rather give it all at once to something real, than carve off useless pieces until there’s nothing left?”

Andor uses recurring dialogue in interesting ways, demonstrating how characters influence and inspire one another. In “Narkina 5,” Cinta Kaz (Varada Sethu) warned her lover Vel Sartha (Faye Marsay), “Struggle will always come first. We take what’s left.” Sartha would repeat that lesson to her cousin Mon Mothma (Genevieve O’Reilly) in “Nobody’s Listening!” Ideas spread, and good ideas can be a source of strength and inspiration. They can be transformative.

In “Narkina 5,” Loy was introduced as a prisoner who had bought completely and unquestioningly into the system of oppression that the Empire had built. In “Nobody’s Listening!” and “One Way Out,” Loy is radicalized by the realization that the foundation of his belief system — that he could succeed in a fundamentally corrupt system — was a lie. However, over the course of “One Way Out,” Loy transforms from an anonymous cog in the machine to a revolutionary through conversations with Andor.

Loy is a remarkable creation, and he speaks to the strengths of Andor as a show. He is a supporting character who appears in a single subplot running across three episodes of the show, and yet he emerges as a fully formed character with a compelling character arc. He begins as an antagonist to Andor but develops into a hero of his own narrative. When Andor has to leave him behind at the end of “One Way Out,” it is heartbreaking. This is a credit to both Beau Willimon’s writing and Andy Serkis’ performance. 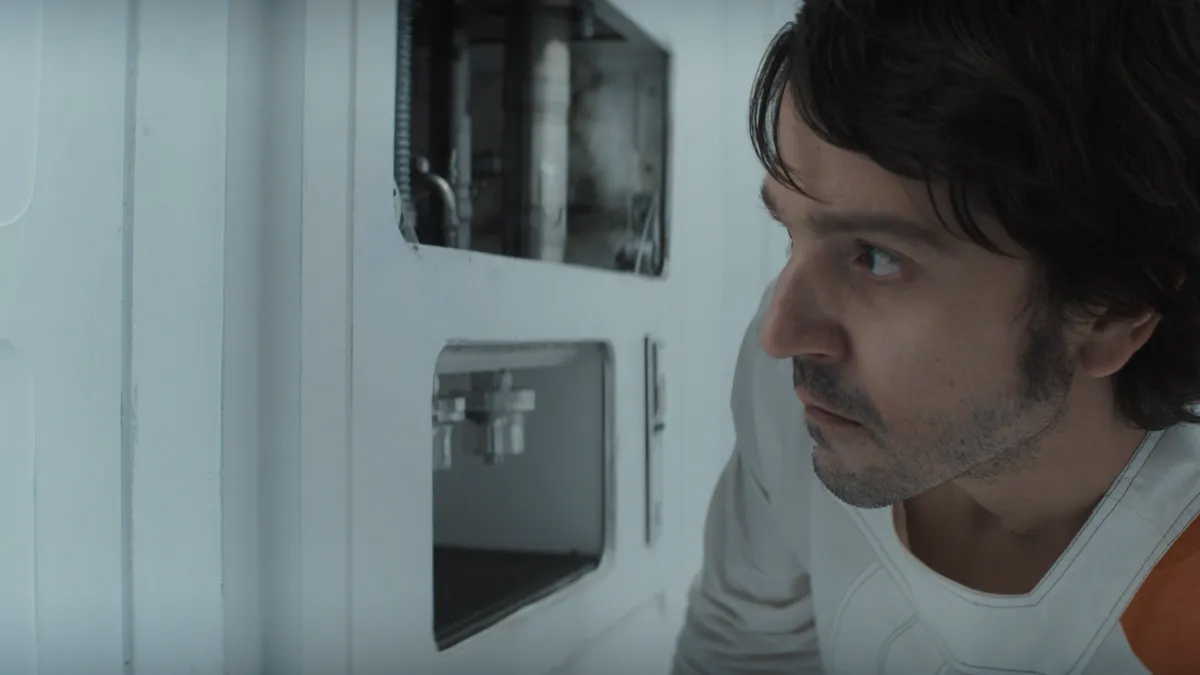 In his big address to the revolting prisoners at the climax of “One Way Out,” Loy often paraphrases and even directly quotes the arguments that Andor made to him at the start of the episode. “They don’t have enough guards and they know it,” he contends. “If we wait until they figure that out, it’ll be too late. We will never have a better chance than this. And I would rather die trying to take them down than giving them what they want.” That last line is an idea that went from Rael to Andor to Loy.

“One Way Out” visualizes this metaphor through its water imagery. To short-circuit the electrified floor, Andor breaks a water pipe in the toilet area, causing a leak. As the inmates on Level Five begin their act of rebellion, the leak becomes a flood. The floor below notes the water dripping from the ceiling, cut against the spread of the prisoners’ revolt to the other levels. It’s an effective way of dramatizing the way in which these ideas can permeate even these rigid structures.

Throughout the first season Andor has emphasized that the Empire works by dividing and fragmenting its opposition, by forcing its adversaries and its subjects into competition with one another. In “One Way Out,” Andor argues that there are enough oppressed people with enough power to effectively reverse the dynamics of oppression that define the Empire. The guards cower behind locked doors as the inmates take the prison. Loy and Andor make their hostages stand “on position.”

There is no small irony in this. On his way to meet Rael, Supervisor Lonni Jung (Robert Emms) remarks how uncomfortable it feels that Rael knows so much about his personal life. “It’s not fair,” Jung laments. “You knowing. Watching me. Do you ever think how it might feel from my side?” This demonstrates a staggering lack of self-awareness, given that Jung works every day for the Imperial Security Bureau, which does the same thing to its subjects. 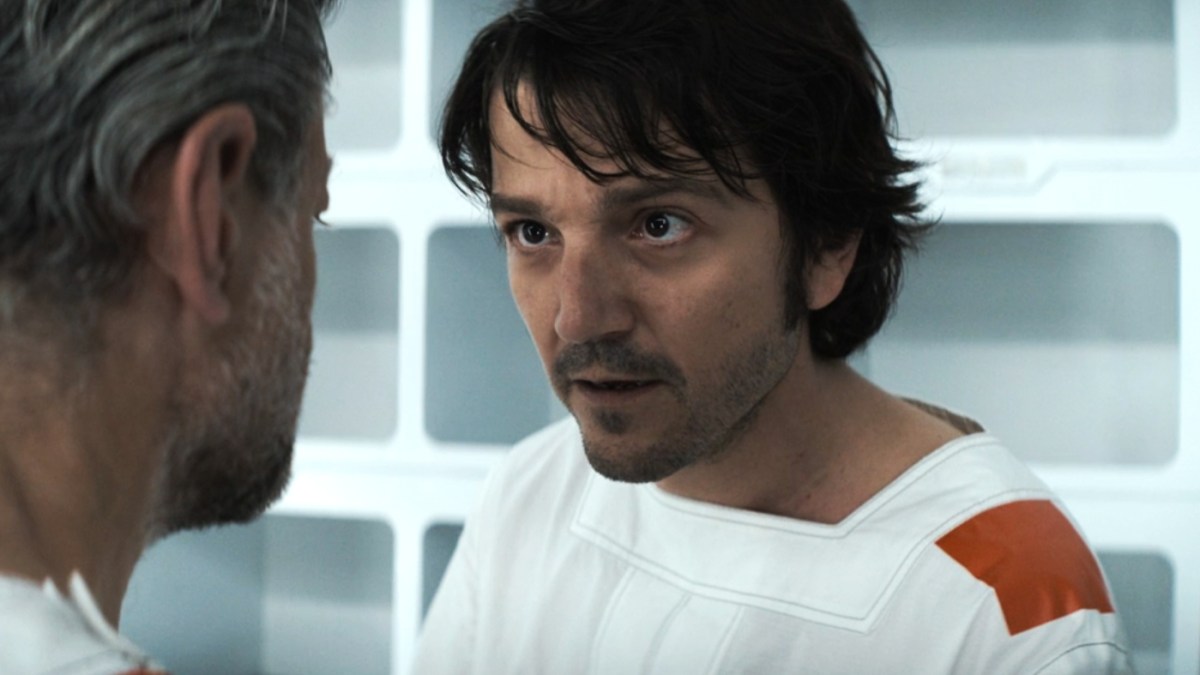 Rael is aware of the horror of all this, of the fact that genuine revolution against an oppressive fascist regime must inevitably be built upon deploying the same violence and terror that such a government uses against its opponents. “I yearned to be a savior against injustice without contemplating the cost, and by the time I looked down, there was no longer any ground beneath my feet,” he confesses to Jung. “I’m condemned to use the tools of my enemy to defeat them.”

There is no glory in this, only horror. Much like Rogue One, Andor understands the violence and brutality of revolution. Fighting fascism requires moral compromise. To conceal her money laundering, Mothma finds herself forced to do business with Davo Sculdun (Richard Dillane). Mothma finds herself deeply uncomfortable associating with a man that she considers “a thug,” but Sculdun assures her, “A drop of discomfort may be the price of doing business.”

Andor is built around the audience’s awareness that its title character is doomed. Cassian Andor dies at the end of Rogue One, consumed in a fireball from a Death Star weapons test. “Narkina 5” featured a cameo from Saw Gerrera (Forest Whitaker), who died during an earlier test of the same weapon in Rogue One. However, that fatalism permeates the rest of the show. It is difficult to imagine a happy ending for Luthen Rael, for example.

Rael acknowledges as much when challenged by Jung. “I have given up all chance of inner peace,” he admits. “I’ve made my mind a sunless place. I share my dreams with ghosts. I wake up every day to an equation I wrote fifteen years ago for which there is one conclusion: I am damned for what I do. My anger, my ego, my unwillingness to yield, my… my eagerness to fight has set me on a path from which there is no escape.” 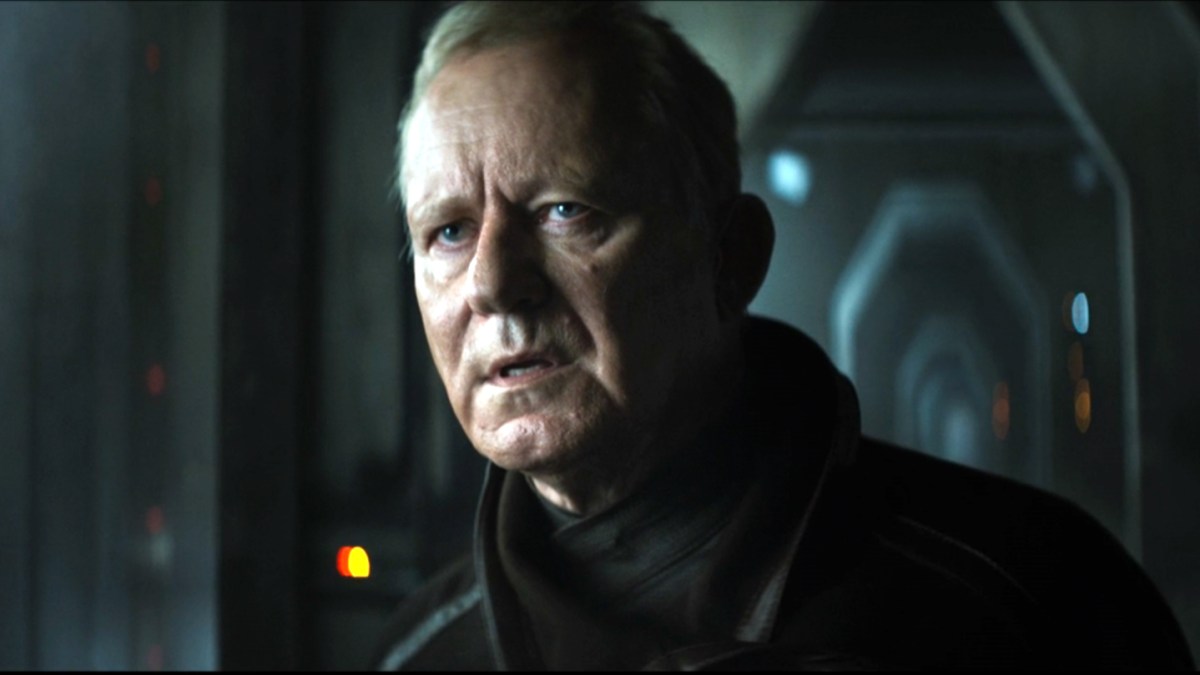 It’s a moment of brutal honesty from Rael, delivered on a gangway high over Coruscant. It is a production choice that recalls another defining moment in Star Wars history: Darth Vader’s (David Prowse, James Earl Jones) iconic “I am your father” moment from The Empire Strikes Back. Given that Rael casts Jung as a “hero” of this narrative, in what role has Rael cast himself? Much as Rogue One paralleled Gerrara and Vader as machine men, “One Way Out” makes a similar comparison to Rael.

A cynical reading of this show might suggest some false equivalence between these revolutionaries and their oppressors, but Andor is smarter than that. Rael’s soul might be tainted by the lies that he has told, the lives that he has sacrificed, and the crimes he has committed. Depending on how one looks at it, there might even be as much blood on his hands as there are on Darth Vader’s shiny black gloves. However, Rael is fighting for something greater than himself.

“I burn my decency for someone else’s future,” Rael explains to Jung. “I burn my life to make a sunrise that I know I’ll never see. And the ego that started this fight will never have a mirror or an audience or the light of gratitude.” This moment is neatly mirrored with Loy’s arc over “One Way Out.” As Andor and Loy lead the inmates to the open sea around the prison, Loy reveals that he was never going to escape. “Can’t swim,” he tells Andor. “I can’t swim.”

This is a classic trope, going back to the story of Moses, who would guide his followers to the Promised Land but would be forbidden from entering it for breaking his covenant with God. Ironically, Serkis has played a version of this story before, as Caesar at the end of War for the Planet of the Apes. “One Way Out” suggests something similar, that these revolutionaries like Loy and Rael sacrifice themselves so that others might be free.

Appropriately enough, “One Way Out” returns time and again to the idea of children. Jung has recently had a daughter. Justifying the sacrifice of the rebels conducting the raid of Spellhaus, Rael explains, “Kreegyr’s men will be dying to make sure she has a father.” In contrast, Mothma finds herself asked to sacrifice the future of her daughter, Leida (Bronte Carmichael), when Sculdun proposes union between their families. If Mothma isn’t fighting for her daughter’s freedom, what is she fighting for?

Andor has consistently argued that its heroes cannot succeed alone, that they need to move together as a unit. “One Way Out” makes it clear that not all of its characters will make it out the other side of this struggle, and maybe few of them deserve to — but it also suggests that the characters are fighting for something far more valuable than their lives or their morality. They are fighting for the future. The stakes couldn’t be higher. 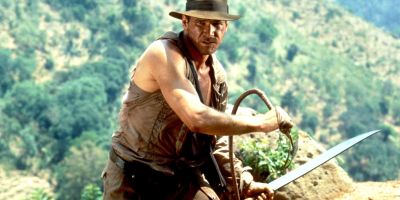 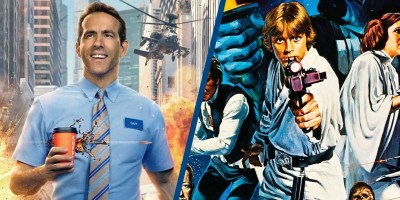 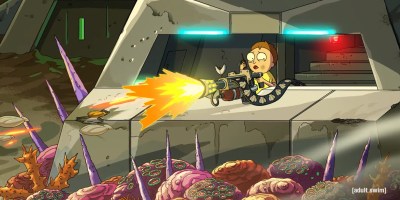