“Always be yourself. Unless you can be Batman. Then always be Batman.”

That is one of those quotes that has made the rounds on the internet for so long, I can’t even pinpoint when it started or where I first saw it. But it’s pretty emblematic of the popular consensus on the iconic cloaked vigilante. It seems like every five minutes, someone somewhere is reinventing the story of Batman. After all, he never seems to get old – and his appearance, be it film or game, solo or as part of a larger roster, is destined to forever be a head-turner. I have little doubt that the three games featuring Batman that I played at E3 2016 will see plenty of success, but for now, I’m going to focus on Batman Arkham VR from Rocksteady Studios.

When the game was first announced, little was actually shared about what would be included in the experience. So when I popped on my headset, I had absolutely no idea what I would be doing – outside of being Batman, that is.

The demo itself was split into two parts. Part one introduced me to the game’s controls and the gadgets I would be taking with me. I was transported to Wayne Manor. After checking out my bloodied hands and having a brief discussion with Alfred, I ran my finger across a few keys on the piano in front of me and the floor opened. Suddenly, a slow-moving elevator was lowering me into the stunning virtual Batcave. Piece by piece, a computer presented me with the gear that would make up my suit. I put each one on, appropriately amused but still more interested in my surroundings. After I finished dressing, however, a mirror appeared in front of me. I turned my head to the right – the reflection did the same. Left, also the same. The only thing missing was the foolish smile and giddy child-like giggles, as my reflection remained appropriately solemn. Holy shit, though – I was Batman.

The second demo dropped me into a murder investigation, and the victim is a familiar face. The majority of the game is experienced without too much movement, so if you’re concerned about any motion sickness associated with awesome Batflips (patent pending), it doesn’t appear that you need to worry. Navigating a scene is done by selecting hot spots throughout the environment and being teleported to them. Now, if you want to remain spoiler-free, I advise skipping over the spoiler below. Rocksteady has stated that Batman Arkham VR will take roughly an hour to play through, although a bit of replayability was promised. However, with that short an experience, you may want to go in blind. 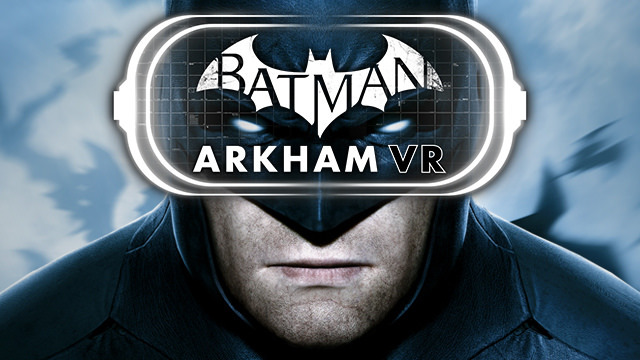 I was euphoric by the end of the demo, grinning like a child who just received their first Batman Halloween costume. I am admittedly a VR skeptic – I have seen many amazing game demos, but struggle to figure out how those demos can translate to a full game experience. Therefore, I have put virtual reality on hold, perhaps until the next generation lineup comes out. That being said, I have never wanted to actually purchase any VR game until that moment. The shorter length actually appeals to me, and I am hopeful for additions, or perhaps multiple episodes. Either way, this is the most excited that I have felt about VR to date. Because dammit, I was Batman.