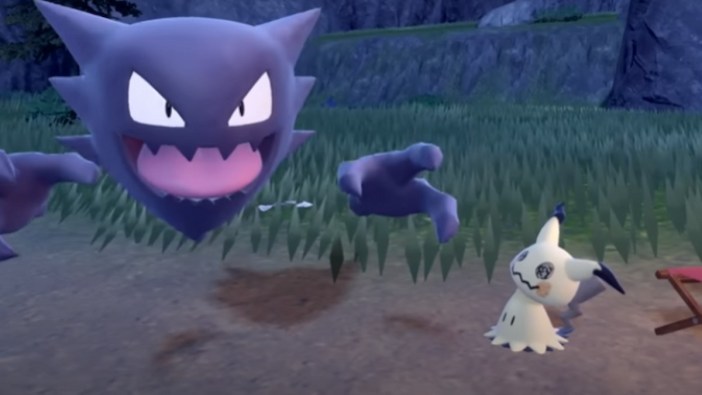 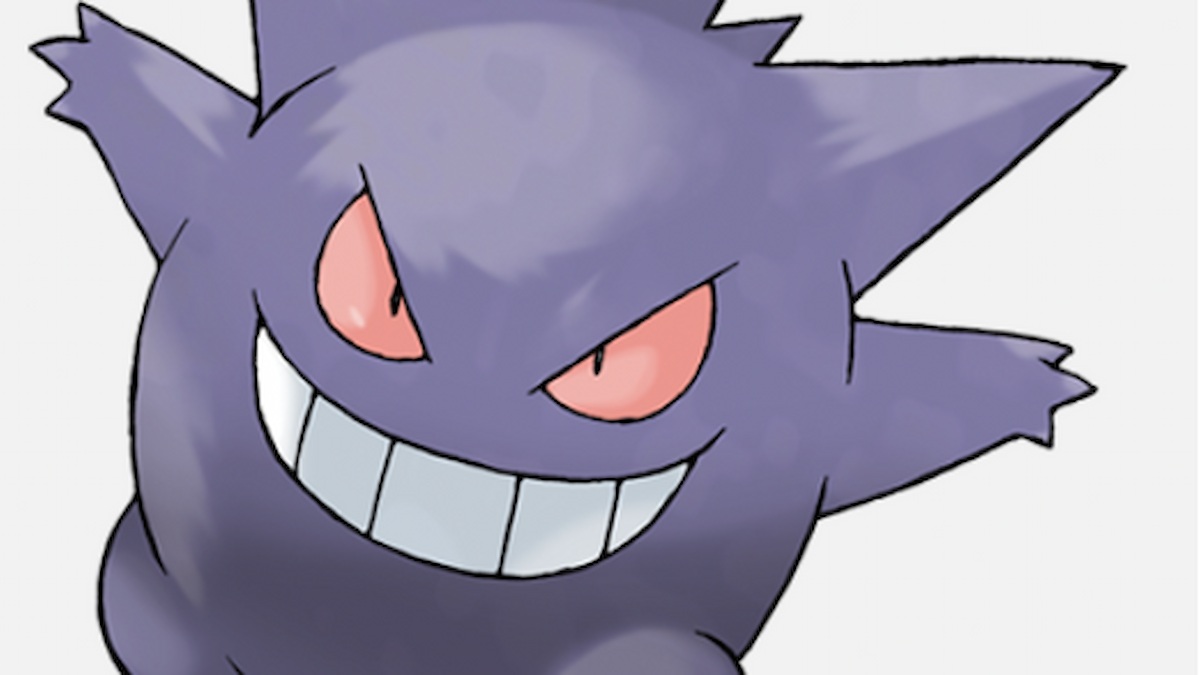 Gengar is a Ghost and Poison-type Pokémon introduced in Generation I. It evolves from Haunter when traded and is the final form of Gastly. It has an enormous face spanning its entire body and has a long tongue sticking out from its mouth.

Gengar has an incredibly high Special Attack and great Speed, making it a formidable opponent in battle. It is also immune to Normal and Fighting-type attacks and resistant to Poison and Bug. In addition, it can access powerful attacks like Shadow Ball, Dark Pulse, and Dream Eater. With its raw power and ability to disable moves that hit it via Cursed Body, it can be an asset to trainers looking for a fast and hard-hitting Ghost Pokémon. 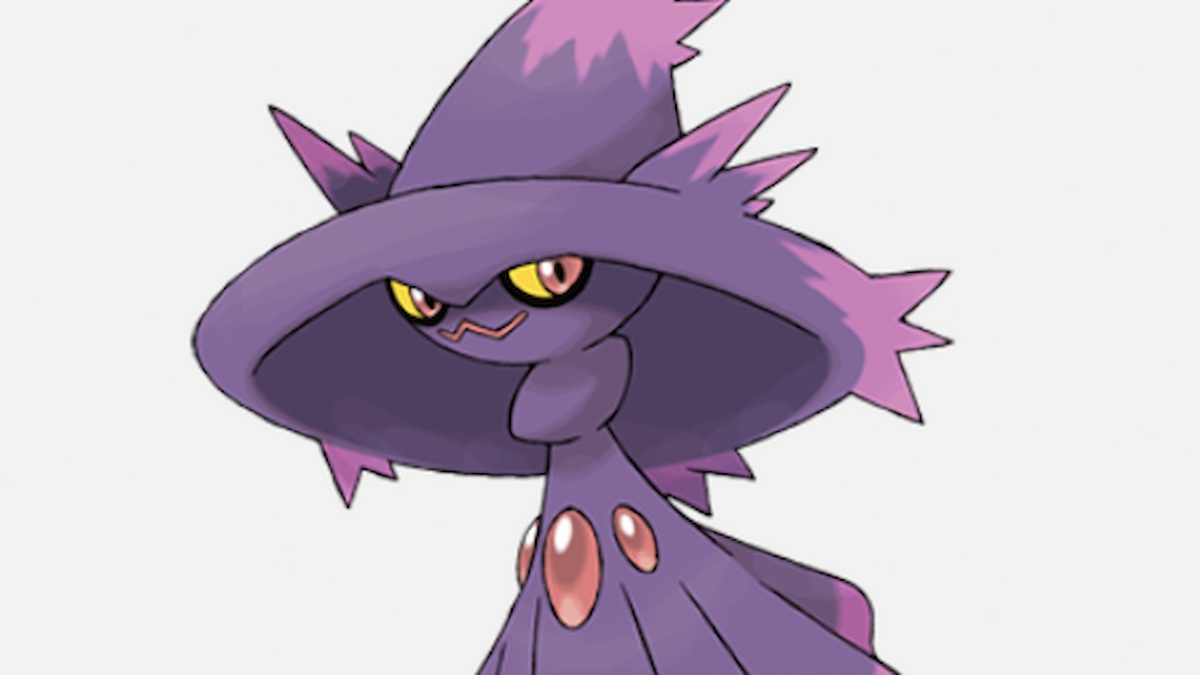 Mismagius is a Ghost-type Pokémon introduced in Generation IV of the series. It’s a spectral Pokémon, resembling a witch and sporting a purple, ghostly form. It evolves from Misdreavus when exposed to a Moon Stone.

Mismagius boasts a great Special Attack, Special Defense, and Speed. It can access powerful attacks, such as Magical Leaf, Phantom Force, and Power Gem. Its ability, Levitate, allows it to hover above the ground and float through the air, making it immune to Ground-type attacks like Earthquake and Magnitude. It can also learn a wide range of offensive and defensive moves like Substitute and Shadow Ball, making it a versatile Pokémon in battle. 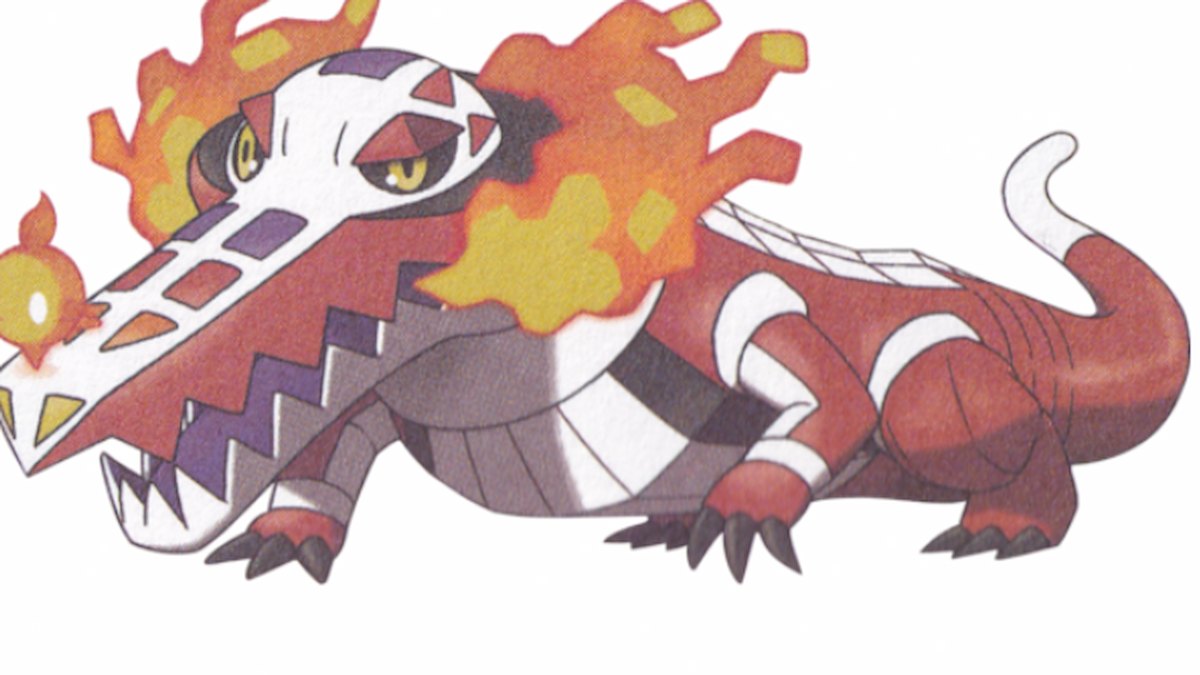 Skeledirge is a Ghost and Fire-type dual Pokemon native to the Paldea region. It stands out from other Pokémon due to its bony skeletal body, which is said to be made of the same material as fossils. Skeledirge has great health, Defense, and Special Defense. It can take a lot of punishment but still deal considerable damage.

On top of that, Its ability Blaze increases the damage of Fire-type moves when its health falls below a third of its max health. That just makes it stronger when it’s low on health. It also has access to strong moves like Shadow Ball, Fire Blast, and Overheat. This makes Skeledirge a formidable opponent with powerful Fire-type moves and Ghost-type resistances in battle. 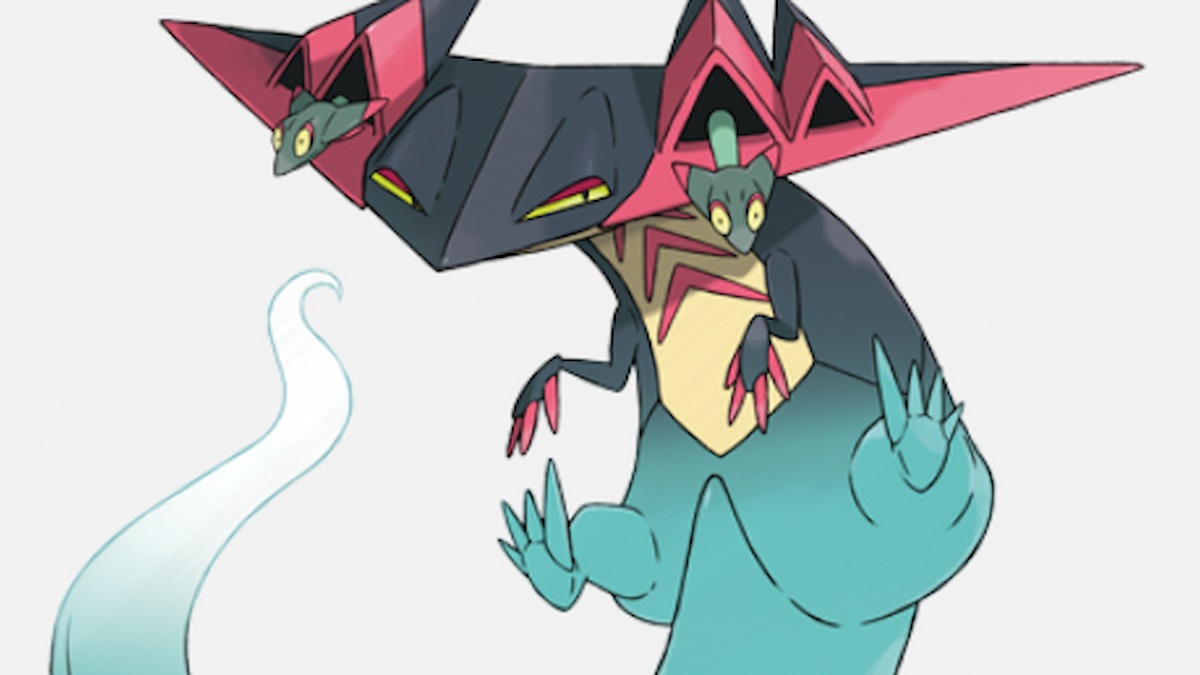 Dragapult is an incredibly powerful Dragon-type Pokémon from the Galar region, introduced in Generation 8. It features a large triangular, wing-shaped head that resembles a modern stealth bomber.

Dragapult boasts incredibly high numbers in Speed and Attack. It can access powerful moves like Phantom Force, Dragon Rush, and Double-Edge. In addition, its ability Infiltrator allows attacks to bypass defensive moves like Substitute and Barrier. With its high Attack and blistering Speed, Dragapult is a Pokémon you do not want to miss. 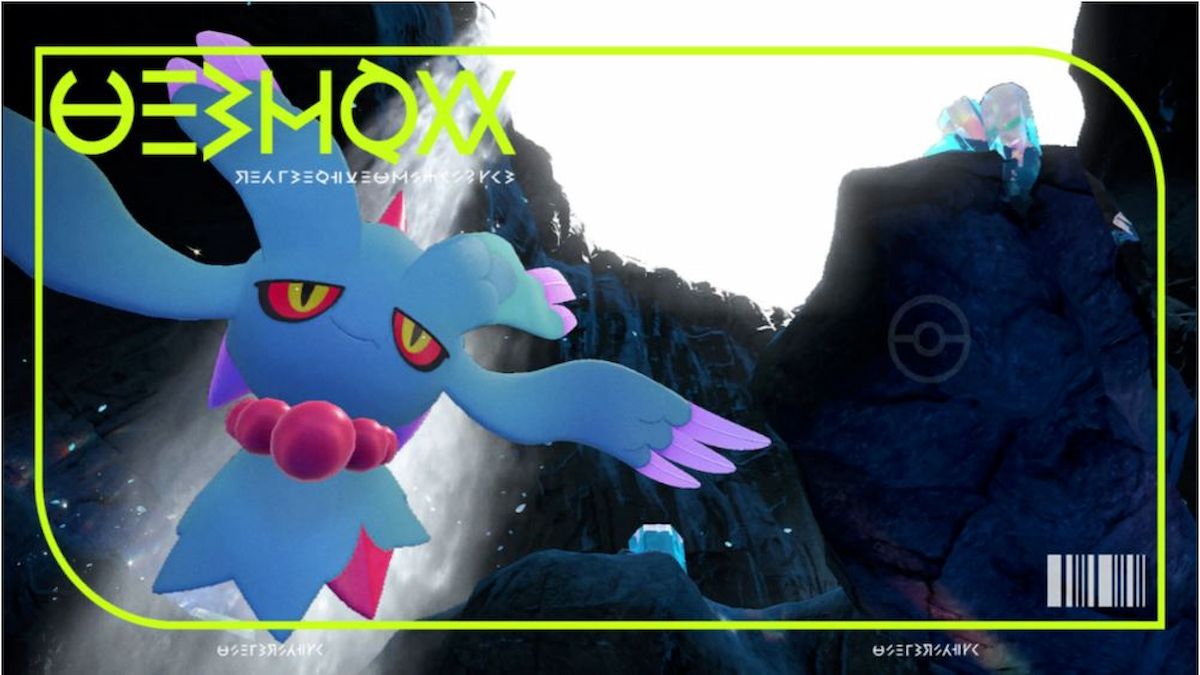 Flutter Mane is a dual-type Ghost/Fairy Paradox Pokémon introduced in Generation 9. It looks almost identical to Misdreavus but with a few differences, like the pink feather-like protrusions on its head. It also has red spikes jutting out of its head.

Flutter Mane boasts amazingly high Special Attack, Special Defense, and Speed. Furthermore, it has access to powerful Psychic and Fairy-type moves like Psyshock, Dazzling Gleam, and Moonblast. In addition, its ability Protosynthesis boosts Flutter Mane’s special attack in harsh sunlight, making this Pokémon formidable in battle. Its high stats and strong moves make it a great addition to any team. 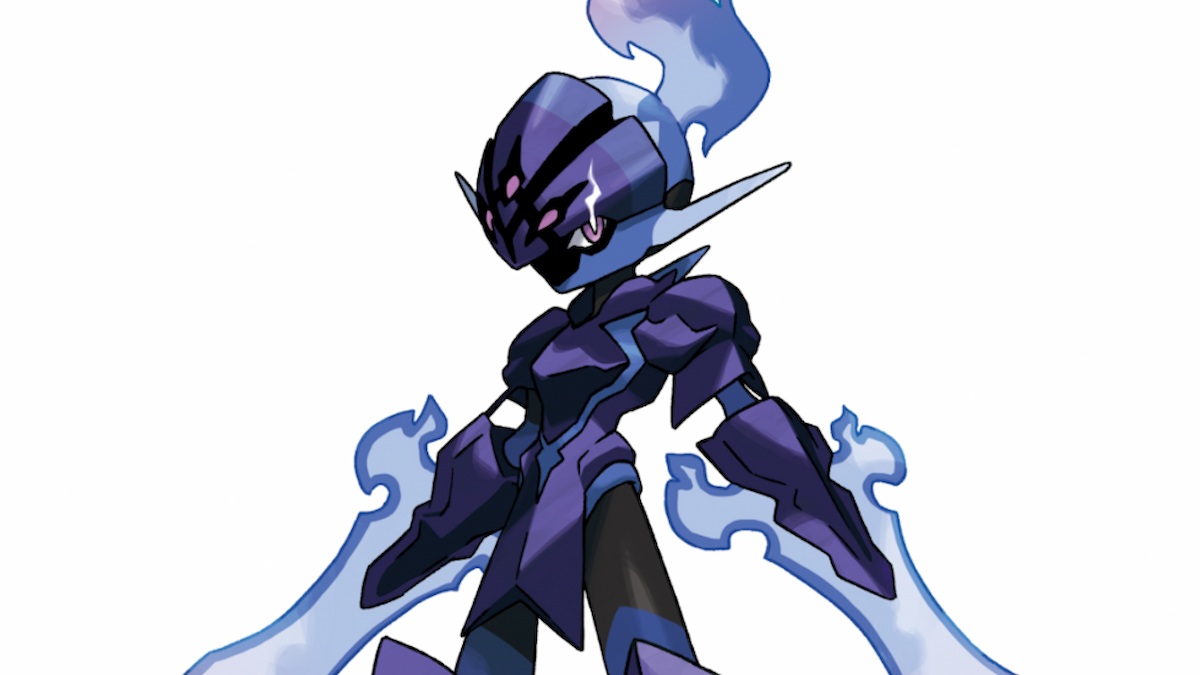 Ceruledge is a humanoid Fire/Ghost-type Pokémon that walks on two legs resembling a haunted armor suit. Its body is primarily black, with dark blue accents on its arms and legs. A Ghost-type that relies so heavily on its Attack stat sounds like a pretty scary combo.

Ceruledge boasts high Attack and great Special Defense and Speed. Phantom Force will be a good source of the same-type attack bonus (STAB). Poison Jab will also be helpful if your squad lacks Poison-type attacks. Finally, Bitter Blade, Ceruledge’s signature move, deals significant damage and recovers half of the damage inflicted on Ceruledge’s HP. With its strong combination of moves and high Attack, Ceruledge will be a great addition for trainers looking for a physical attacking Ghost Pokémon. 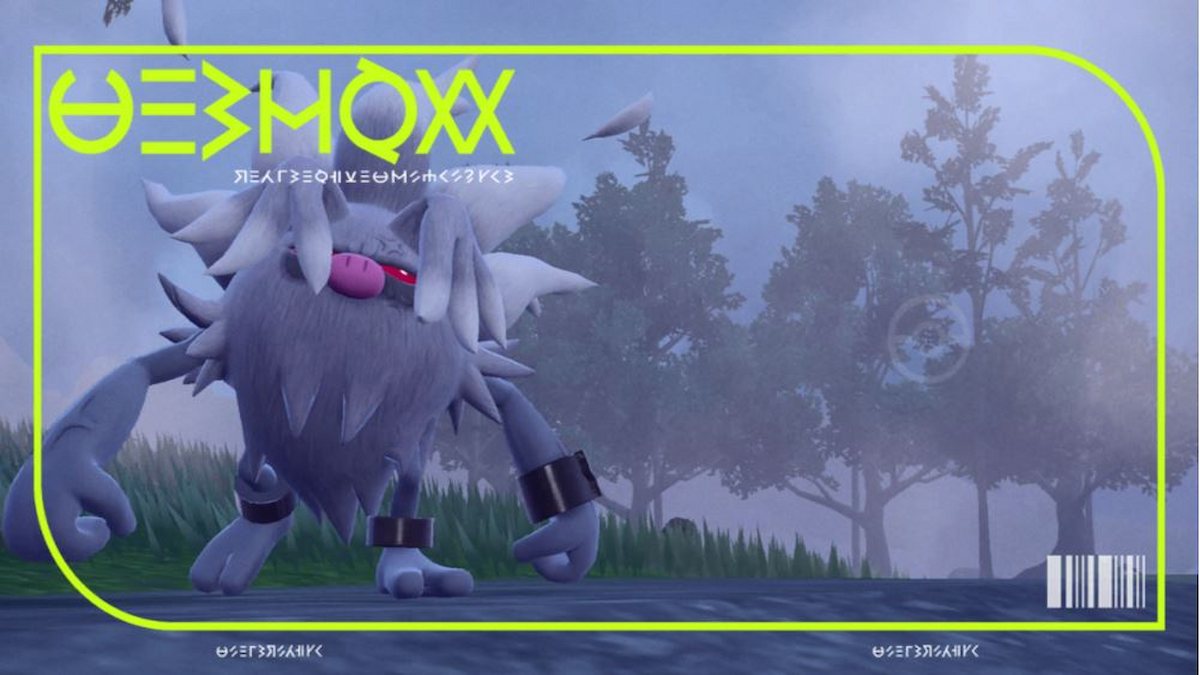 Annihilape is a dual-type Fighting/Ghost Pokémon found in Paldea. This powerful creature has an intimidating appearance; Annihilape is a simian with a spherical body supported by two thick, black legs. In addition, this Pokémon has shaggy gray fur that streams upward and appears to disappear. Annihilape has great Attack, health, Special Defense, and Speed. It is fast, tanky, and can still deal a lot of damage.

Annihilape is great at battle since it can take a few hits while dishing out some knockout strikes with a strong attack. It can access powerful moves like Close Combat, Cross Chop, and Outrage. In addition, its signature Rage Fist deals more damage the more Annihilape is hit, making it powerful considering how much punishment it can take. With its strong defense and damage, Annihilape is one of the best Ghost-type Pokémon you can get.