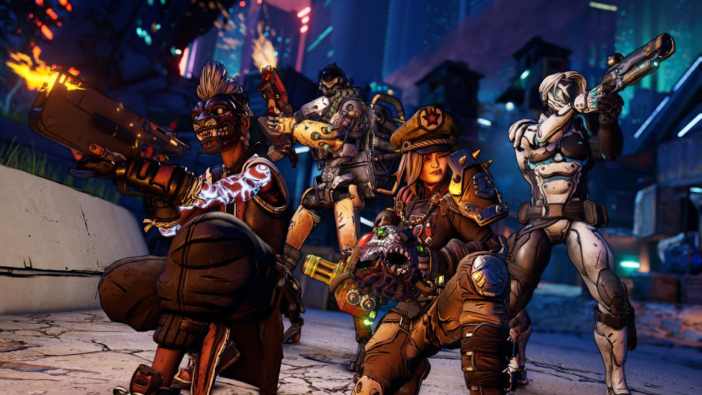 Borderlands 3 might be making its way to Nintendo Switch if a recent rating from the Pan European Game Information (PEGI) board website turns out to be accurate. The site published a new rating for the game’s Director’s Cut DLC, listing the product for PC, PlayStation 4, PlayStation 5, Xbox One, Xbox Series X | S, and most notably Nintendo Switch. While Borderlands 3 is already available on PC, PlayStation, and Xbox platforms, a Switch version has never been officially announced. At the time of this story’s publishing, the rating has not been removed or addressed by Gearbox Software or PEGI.

Borderlands 3: Director’s Cut is a DLC offering that brings players loads of new content, including some previously planned content that never made its way to the original release in 2019. The content is set to launch today at around 3:00 p.m. ET / 12:00 p.m. PT for PC, PlayStation, and Xbox players. If Borderlands 3 is indeed Switch-bound, the rating suggests that the Director’s Cut DLC will be coming in some form too. A PEGI rating is not an official announcement though, so it’s best to wait for formal news on the subject.