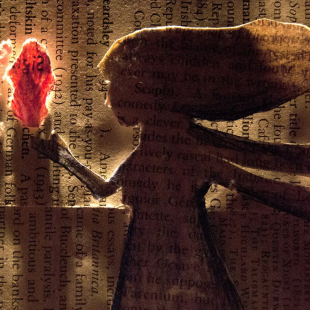 As I’ve made clear on many occasions in the past, I deliberately avoid reading other people’s reviews before I have a chance to play the game. Because reviews direct your opinion. You find yourself watching out for the things that the reviewer mentioned, and they stand out more clearly in your mind. Even the briefest Twitter review can do it. It’s an insidious mental process that you may not be conscious of, and then your perceptions have been influenced without you realising. That’s almost frightening.

So I avoid it, and that’s why I only found out after my review went up last week that Child of Light has earned a certain amount of critical acclaim in other circles. Of course it did. I made this point in the video – it follows the formula that automatically guarantees good reviews from certain kinds of media outlet: Child in scary world, retro game mechanics, sad music. And I’m not criticising the game for that. Limbo and Bastion both follow the formula and I really like both of those games. But what matters is what those games had under the bonnet, not what heartfelt violin music is blasting from the stereo.

Dare I say that games like Child of Light also attract automatic acclaim because the media surrounding our industry has a bit of a collective guilt problem with so many games being about oversexualised fantasy people with muscles like overdone steak and spines like croquet hoops, all of which is wrong and bad because it reminds us that there are filthy filthy sexual characteristics beneath our rigid, stitched-on clothing. And therefore anything that takes a stark opposite position must therefore be good and correct. But outward appearance is superficial, and it doesn’t STOP being superficial just because it’s more original or less sexy.

I bring all this up because I was given pause for thought by a number of correspondents this week, doing the usual thing where they complain about me getting my own opinion wrong, many using the phrase “you just don’t know how to appreciate beauty”. Yeah, I’ve heard that one before. That might be right up there with ‘You’re just deliberately trolling’. And all the other lines people give me that are the equivalent of plugging your ears and going ‘LA LA LA NOT LISTENING TO ANYTHING OUTSIDE MY COMFORTABLE WORLDVIEW LA’.

No, thinking about it, Child of Light didn’t strike me as beautiful. It was certainly ‘artsy’, which is often mistaken for beauty. It takes the appearance of having been painted, which I always feel is a style that looks fine static but can very easily lose something in motion, especially when it zooms in close enough to see all the brush strokes. This was an issue I noticed with Broken Age, one that I didn’t consider large enough to be worth mentioning in its review. 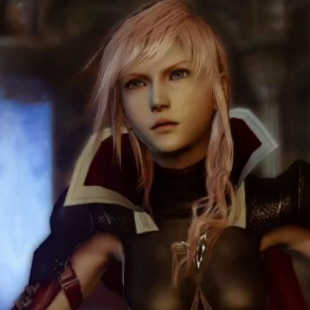 But I had to wonder if there was something to the argument that I can’t appreciate beauty. It could well be the case that my aesthetic sense has been shot to hell. Over the years I’ve come to associate excessive eye-candy with overmonied triple-A development and my first instinct is suspicion. Too many times have games like Final Fantasy XIII tried to spectacle me into submission with pretty scenery, only for there to be nothing but pain underneath. I can’t remember a single time when a game being good-looking has earned a pass from me despite a shitty infrastructure, although I can think of plenty that did by having it the other way around.

Beauty in art is subjective, yes. So subjective that for some people it might not necessarily even apply to physical appearance. Personally, I’ve traveled and I’ve seen very lovely scenery, but I can’t remember it ever striking me any more than it would have done had it just been a photograph of the same scene that I was holding really close to my face. But that doesn’t mean that there is no beauty I appreciate. Rather, I find myself drawn to beauty in function rather than form.

I’m attracted to poetry because it’s the rhythm of a finely-crafted sentence, flowing naturally from mouth sound to mouth sound, that fills me with appreciation. And I’m attracted to video games because they have so many more levels of function than can be found in other forms of art. It’s the beautiful machinery of gameplay mechanics, story and artwork functioning smoothly together that makes me dribble a little bit in my pants.

And on that front, I see limited beauty in Child of Light. It might have a lovely face, but the chore-like combat and awful poetry make its face a mere papier-mache construction over the top of a noisy Russian tank that rattles and stop-starts as it trundles across the rocky ground, shooting trained bees from its cannons that fly up your earholes and scrape the little bones with sewing needles.