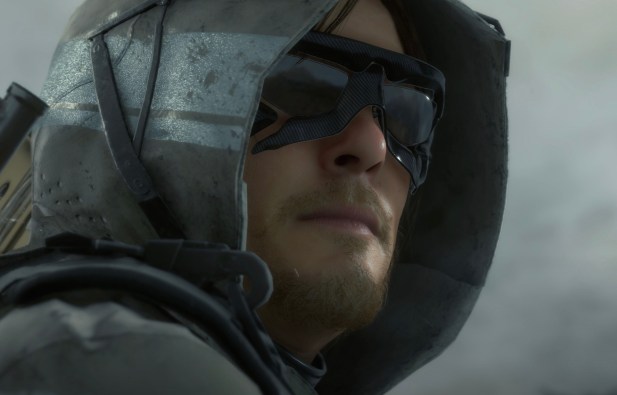 Kojima Productions is joining forces with Barbarian executive producer Alex Lebovici at his Hammerstone Studios to connect the world with a Death Stranding movie, per Deadline. Hammerstone Studios is financing the project, while game creator Hideo Kojima will be on board as a producer. Kojima Productions US and Allan Ungar are also attached as executive producers. No details on the plot have been revealed.

However, Deadline sources claim that the Death Stranding movie will “introduce new elements within the Death Stranding universe.” That universe is already very… strange, to say the least, so how exactly a movie will expand its story is anyone’s guess. Although the film is still without a writer and director, the project is already reportedly on the “fast track,” with development underway.

Kojima commented that he “couldn’t be more excited about this new partnership with Hammerstone Studios.” The game director added that he’s excited to collaborate with the team and bring his post-apocalyptic creation to the big screen eventually.

Lebovici, meanwhile, had more to say on how Death Stranding will be translated into a movie: “Unlike other big budget tentpole video game adaptations, this will be something far more intimate and grounded. Our goal is to redefine what a video game adaptation could be when you have creative and artistic freedom. This film will be an authentic ‘Hideo Kojima’ production.”

The announcement arrives just one week after Kojima revealed Death Stranding 2 at The Game Awards 2022. We didn’t see much from the sequel, but its reveal trailer did confirm that Lea Seydoux and Norman Reedus will reprise their roles as Fragile and Sam Porter Bridges, respectively. Although Kojima Productions has yet to reveal a release window for the project, we can expect to see it arrive on PlayStation 5 sometime in the future.

How the Death Stranding movie will fit in with the franchise has yet to be seen, and we’re still waiting on casting information, too. That said, it wouldn’t be a surprise to see people like Reedus and Seydoux back to play their characters again given that they already have established careers as actors. Any way you cut it, Kojima’s love for film means the Death Stranding movie will be one of his most interesting projects to date.

And at the current rate, this movie may end up releasing before the Metal Gear Solid movie.