China is blaming video games for a perceived epidemic of poor vision. 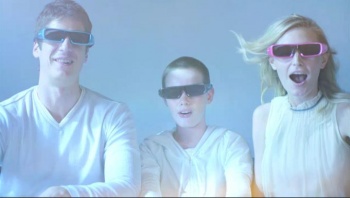 According to the New York Times, Chinese authorities last week recommended placing new controls on online games to protect children from becoming nearsighted. While specifics were not given, those restrictions could include caps on minors’ playtime and a limit on the number of games that can be sold in the country. In another swipe at the industry that has nothing to do with vision, China is also considering adding ratings to ensure that games are age appropriate.

China already restricts the number of foreign films that can be released in the country to 34 each year, keeping Hollywood from truly realizing the potential money that could be made by bringing their films to the soon-to-be world’s largest movie market. If China imposes similar restrictions on video games, they could cause serious problems for publishers that rely on Chinese business. Just the recommendations led to a drop in stock value for China-based Tencent Games, which owns Riot Games and Supercell, and has minority stakes in Ubisoft and Activision Blizzard. Japanese companies including Capcom and Konami also saw their stocks drop.

Chinese state media has previously said addictive video games are causing children to underperform in schools, a claim that last year caused Tencent to voluntarily place restrictions on the amount of time teens could spend playing their game Honor of Kings. That move created a big new demand for fake IDs used to get around the restriction.

It’s unclear exactly what causes children to develop problems seeing distant objects, though rates are indisputably on the rise and it’s estimated that half the world could be myopic by 2050. Studies say the primary blame might be placed on kids spending less time outside and that sitting inside doing homework could be just as bad for their vision as staring at a screen.

Cavill in as The Witcher

Netflix officially has their own Geralt of Rivia. Variety reported this week that Henry Cavill will play the titular monster hunter in a brand new adaptation of The Witcher. The Lauren Schmidt Hissrich-helmed show was announced late last year. Most famous for his performance as Superman in a panoply of DC Comics-based movies over the past five years, The Witcher is just the latest in a long line of pulpy sci-fi fantasy projects for Cavill. He’s played supporting roles in the Neil Gaiman adaptation Stardust, Guy Ritchie’s modern take on The Man from U.N.C.L.E. and many more. Lauren Schmidt Hissrich also has an impressive track record working on fantasy adaptations for Netflix, having produced Daredevil and The Defenders. (Yes, The Defenders isn’t great, but come on, Cavill was in Batman v. Superman. Anything is a step up.) 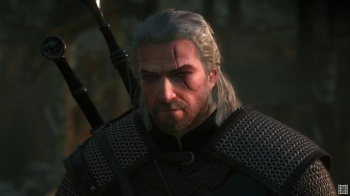 Hissrich also thinks Cavill is the only man to play the stone-faced, big-hearted swordsman who’s become an international favorite thanks to CD Projekt Red’s Witcher video games. “He was my first meeting,” Hissrich said on Twitter “I didn’t have writers or scripts yet – just a greenlight and a lot of passion. That was four months ago, and I’ve never forgotten the passion he brought. He IS Geralt.”

Judging from the responses to the producer’s tweet, Geralt fans don’t necessarily see it her way. Reactions range from excited and enthusiastic, disappointed that the character won’t be played by Mads Mikkelsen as rumored, to downright hateful. So … the full internet reaction gamut really.

Love or hate the idea of Cavill as Geralt, his take on the character likely won’t clash with a definitive depiction of the character in the same way that his super creepy Superman has. It’s hard to say Cavill “IS Geralt” as Hissrich puts it because the character varies so much between his various depictions. The Geralt in creator Andrzej Sapkowski’s original short stories is stoic and superhumanly competent in combat just like he is in CD Projekt Red’s video games. He’s also prudish about sex and childish in his approach to relationships. Compare that character to the Geralt in The Witcher, the 2007 PC game, a character so obsessed with sleeping around that he collects trading cards of the people he hooks up with.

Even that level of gross objectification clashes with the measured, fatherly Geralt of The Witcher 3: The Wild Hunt. And all of those Geralts clash with the one played by Michał Żebrowski, mumbly star of The Hexer, the early ’00s films and television adaptations of the Sapkowski novels. That Geralt is more like an extra from a direct-to-DVD Highlander sequel rather than a lothario or badass.

Any spin Cavill puts on the character is as valid as any other in this century. Just as long as they nail the look, complete with shock-white Glenn Danzig hair and weird yellow eyes.