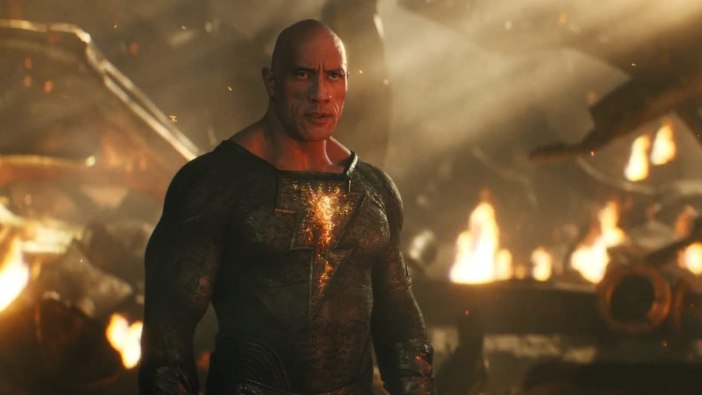 The power structure of the DC Universe definitely shifted as Dwayne Johnson promised, but I don’t think it’s how he expected. Dwayne Johnson, who spent months and months heralding Black Adam as the new cornerstone of DC Studios film efforts, has released a statement basically saying that he’s finished playing the character after new DC Studios heads James Gunn and Peter Safran let him know that the character “will not be in their first chapter of storytelling.”

The statement doesn’t explicitly say that the actor is forever removed from the character, and he’s not burning any bridges either. Dwayne Johnson complimented Gunn and WB and made a point to say that “DC and Seven Bucks have agreed to continue exploring the most valuable ways Black Adam can be utilized in future DC multiverse chapters.” Still, the message is very wistful as Johnson noted that he had been working on the movie for 15 years, so it hurts a bit to have the character, which he obviously wanted to turn into a big thing on the big screen, removed from future DC plans. It’s also egg all over his face as the actor/producer was definitely jockeying to help guide the DCU into the future and fought to bring back Henry Cavill as Superman, only to see all his work basically thrown out.

This continues Gunn and Safran’s demolition of anything even remotely connected to the Snyderverse and previous DC content as the pair are very, very clearly looking to burn it all down and start again… again. Outside of the DC movies already slated to release next year (Aquaman 2, Shazam! Fury of the Gods, The Flash, and Blue Beetle), it seems the entire DCU has been scrapped with the pair ditching Patty Jenkins and Wonder Woman 3, scrapping plans for Henry Cavill’s return in Man of Steel 2, and all but confirming that Ben Affleck won’t return as Batman (though he may direct). The only films still on the docket past that are ones that don’t fit into any connected universe: Joker: Folie à Deux and Matt Reeves’ The Batman sequel, which also has a TV show spinoff coming. Of course, Gunn’s own Peacemaker seems to be safe as well as the second season of that is still coming as well.

For his part, Gunn replied with praise for Dwayne Johnson following his announcement that he and Black Adam would not be continuing in the new DC movies and TV universe.

Love @TheRock & I'm always excited to see what he & Seven Bucks do next. Can't wait to collaborate soon. 🙏 https://t.co/NLwRqBVkd1