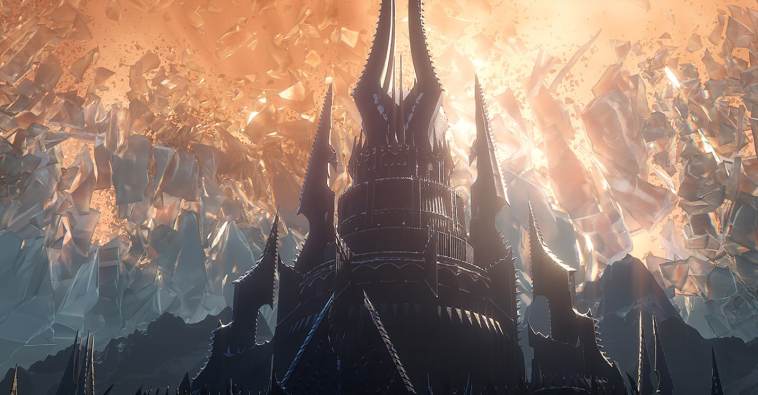 Can you believe it’s October already? There’s plenty of news to jump into today, like the announcement that Steve from Minecraft will be joining Super Smash Bros. Ultimate, Apex Legends‘ cross-platform play has a release date, Super Mario Bros. 35 has launched, World of Warcraft: Shadowlands has been delayed, and more. Here’s the video game news you might’ve missed on Oct. 1, 2020.

Today, publisher EA announced that Apex Legends will be getting cross-platform support (in beta form) on Oct. 6. This feature will go live alongside the Aftermarket Collection Event, which brings new content like cosmetics, rewards, and a new LTM called Flashpoint. And of course, the update will allow users across PC, Xbox One, and PlayStation 4 to play with each other for the first time. Since this feature will be in beta form next week, EA and Respawn Entertainment have stated that it will be a period of collecting data and listening to the fans — so it might not be as smooth as you might expect, at least not right away.

Meanwhile, the aforementioned Flashpoint LTM will involve “Flash Points,” which are “massive zones” that “regenerate your health and shields over time to get you healed and ready for combat.” However, to keep things interesting, there are no healing items in this mode.

Read More: Cross-Play Arrives Along With the Aftermaket Collection Event

Starting on Oct.8, the Epic Games Store will feature a brand new batch of free games for you to download, including Abzu and Rising Storm 2: Vietnam. These games will replace Pikuniku, which is still available to download for free right now. Abzu is an underwater exploration game with beautiful colors and visuals, while Rising Storm 2: Vietnam is a first-person shooter in the vein of Battlefield. Incidentally, today we learned Abzu developer Giant Squid’s next game, The Pathless, will be a PlayStation 5 launch title.

Read More: The Epic Games Store’s next free titles have been revealed

World of Warcraft: Shadowlands Expansion Delayed to Later This Year

Sad news for World of Warcraft fans: The game’s latest expansion, Shadowlands, has been delayed from its original Oct. 27 date to later this year, as announced by World of Warcraft Executive Producer John Hight today. As with most delays, Blizzard cites needing more time for extra polish as the reason for pushing the expansion back. Despite that, the expansion’s pre-patch will go live on Oct. 13, introducing the new leveling system, new customization options, and a new player experience at Exile’s Reach. It’s unclear now when the full Shadowlands expansion will ultimately launch, but Blizzard assured it will launch in 2020.

From now through the weekend, Xbox Live subscribers can play three Yakuza games for free. The games included are Yakuza 0, Yakuza Kiwami, and Yakuza Kiwami 2, all of which will be free until Oct. 4. This promotion is to prepare the community for the release of Yakuza: Like a Dragon — the next game in the series that is launching day and date with the new Xbox Series X | S. Keep in mind though that the free games will only be available throughout this weekend, so you’ll want to play as much as you can while they’re available.

Super Mario Bros. 35 Is Out Today, Check Out Its Launch Trailer

Today, Nintendo Switch Online members can finally get their hands on Super Mario Bros. 35, a quirky online battle game that pits 35 players against one another. Like Tetris 99, it’s essentially a unique take on battle royale, in which 35 different players all compete to be the last Mario standing. Performing well in your game will send more obstacles for competing players to deal with in their game and vice versa. Super Mario Bros. 35 was released in celebration of Super Mario Bros.‘ 35th anniversary and will only be available to play until March 31, 2021. You can check out its launch trailer below!