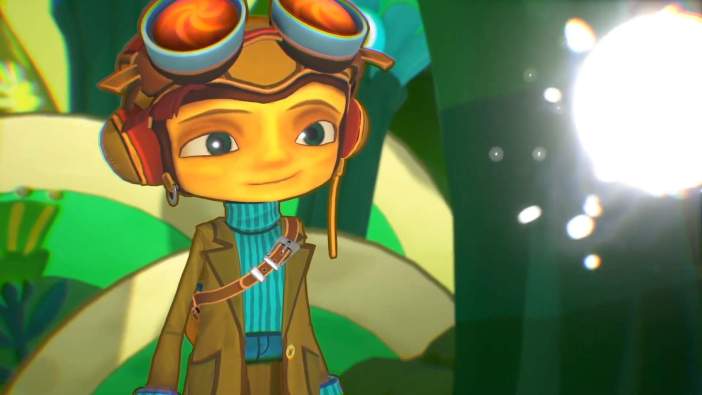 Today, Microsoft hosted its Xbox Games Showcase, delivering lots of exciting announcements pertaining to its upcoming games — all of which are coming to Xbox Series X. The stars of the show were, of course, Halo Infinite, the new Fable, and Obsidian’s upcoming RPG, Avowed, but there was a ton more to take in. For starters, we got a new look at Psychonauts 2, a quick trailer for the new Forza Motorsport, a Tetris Effect expansion, and a lot more. Here’s the video game news you might’ve missed on July 23, 2020.

Psychonauts 2 Will Launch in 2021, Featuring Music from Jack Black

Seeing Jack Black and developer Double Fine team up is reminiscent of the Brutal Legend days, and while we aren’t getting a new metal-themed adventure, we did get an update on the studio’s upcoming Psychonauts 2. Black will be lending his voice to the game’s soundtrack, setting the tone for what seems to be an insane adventure.

Better yet, Double Fine has pinpointed a 2021 release window for Psychonauts 2, which will launch for PlayStation 4, Xbox One, and PC in addition to being optimized for Xbox Series X. As with all first-party games, this one will come to Xbox Game Pass on day one. Since this project was in development prior to Microsoft’s acquisition of the studio, it will still launch on PS4, though any Double Fine games going forward are expected to be exclusive.

It’s not surprising a new Forza Motorsport is coming, but it did catch us off guard to learn it’s still early in development. Also odd is that it doesn’t appear to be called Forza Motorsport 8, as many had expected. Simply titled Forza Motorsport, this upcoming sim racer is being developed by Turn 10 and will hit Xbox Series X and PC at some point in the future.

This upcoming racer is expected to launch with 4K support at 60 FPS and will include ray tracing, and the trailer looks incredible.

Image & Form, which you might know as the developer of the acclaimed SteamWorld games, has a new project in the works called The Gunk. It’s unclear what the gameplay loop will consist of, but if the quality is anything like that of the SteamWorld games, we’re in good hands. At the very least, it seems to be a third-person action platformer with puzzle elements.

The trailer shows the main character sucking up goo, exploring beautiful worlds, and platforming to stay alive. Currently, The Gunk has no release date, but is aiming for a fall 2021 release window as an Xbox and PC exclusive.

Tetris Effect: Connected Will Be a Timed Exclusive on Xbox and PC with Multiplayer Elements

Remember when Tetris Effect was a PS4 console exclusive? The tables have turned, and now the game’s multiplayer expansion Tetris Effect: Connected will launch on Xbox and PC as a timed exclusive later this fall. It includes cooperative play, as well as competitive modes that can be enjoyed online or locally, plus the base game, serving as a 2.0 version of Tetris Effect.

Connected will come to Game Pass and is Smart Delivery-enabled, meaning you can upgrade from the Xbox One version to the Xbox Series X version for free. This expansion is set to arrive on PS4, Epic Games Store, and Oculus Quest in summer 2021.

When you’ve come to terms with the fact that Rare’s new game isn’t Banjo-Kazooie, it’s worth giving a chance to what is coming. Everwild is the next game from Rare, and its showing was pretty impressive, at least based on the art direction. It will be a multiplayer adventure, though it’s still unclear how it’ll play. If nothing else, we can appreciate its beautiful visuals. Everwild will launch on PC and Xbox Series X and will come to Game Pass sometime in the future.